January 25, 2021
Home Music Ana Roxanne: Because of a Flower 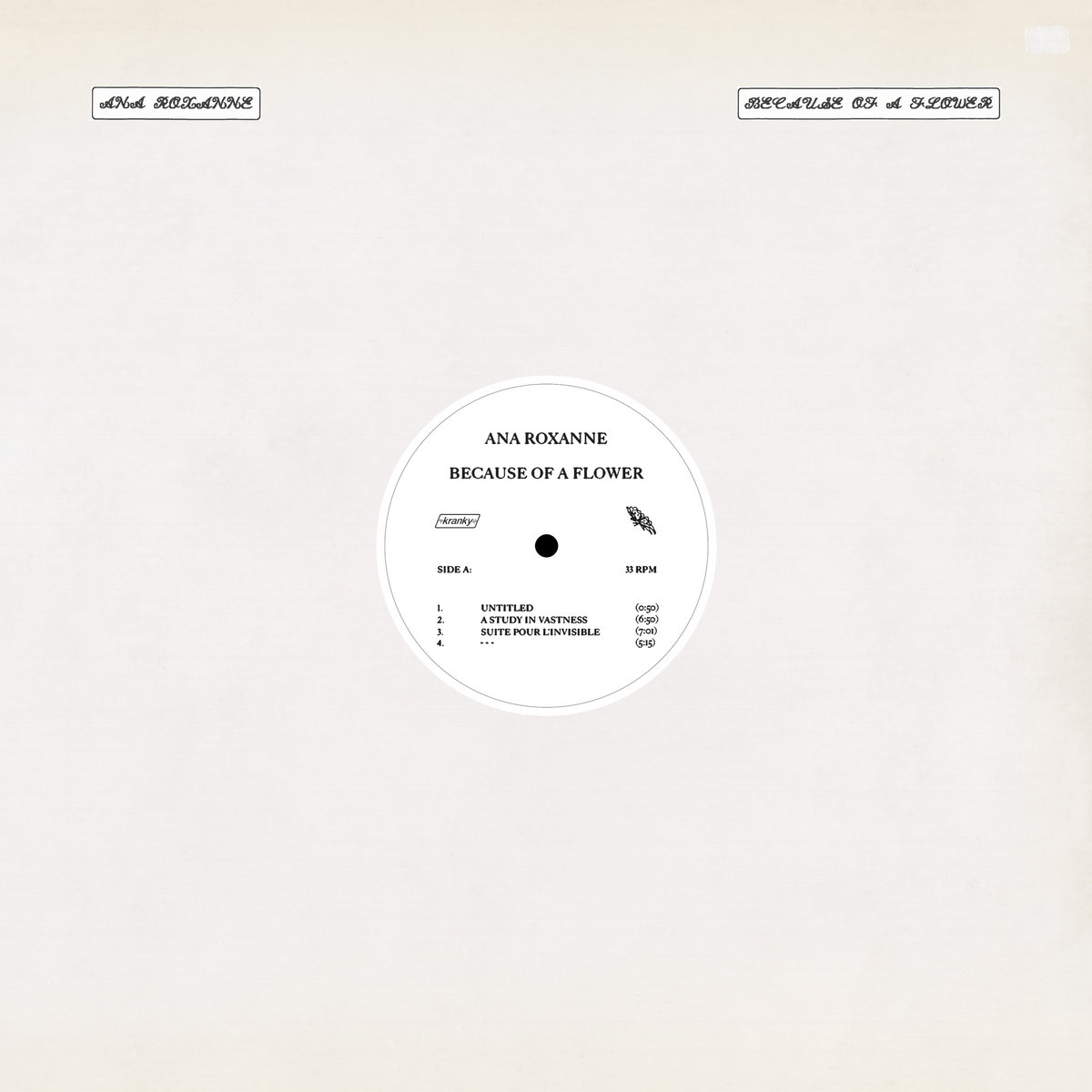 The French dialogue cuts like a slap through the ambience of Ana Roxanne’s “Camille.” The specific are vague, but it’s clearly an authority figure rebuking a subordinate, and it sounds more than anything else a coming-out gone wrong. But it’s a bold thing for an ambient artist to insert into their work, because it sacrifices one level of listening: you cannot simply let your mind wander to this stuff. Even when you’re miles-deep into “A Study in Vastness,” you know the “Camille” dialogue is there and bristle with anticipation. In the pantheon of mid-album buzzkills, “Camille” is in the first tier alongside the Beatles’ “She’s Leaving Home” and Frank Ocean’s “Be Yourself.” It lets you know that Roxanne is interested in more than just making nice sounds, and it elevates the moments where the music sloshes like amniotic fluid. Contrasted with the ugliness of “Camille,” they become beautiful rather than neutral.

Ana Roxanne is in the unenviable position of debuting as an ambient artist amid a musical climate where it doesn’t necessarily matter whether your “10 Hour Sleep Playlist” was made by an artist or typed into a fake orchestra setting. She mounts a counter-tradition by being consistently and fiercely present in her work. Her music does not sound summoned from the ether. It sounds played, and there’s not a sound that can’t be traced to a synth or an organ or a guitar. And then there’s Roxanne’s voice, both layered into sheets of harmony and delivering wondering spoken-word interludes that sound like the stuff of daffy new-age at first until you realize Roxanne is intersex and by exalting the fluidity of water on “Venus” is allowing a spirit of acceptance to permeate her music. This is ambient music that someone might actually relate to and see themselves in rather than simply letting it melt into the furniture. It demands you engage with it, and that’d be admirable even if the music wasn’t so good.

Because of a Flower is Roxanne’s debut for Kranky, and the guitars on “Take the Thorn, Leave the Rose” should sate anyone’s withdrawals after the breakup of the label’s great band Labradford. But what Because of a Flower has more in common with than anything else is the spirit of the last half-decade of indie rock, which prizes empathy and believes in a connection between artist and audience rather than the supremacy of a singer onstage. Like Phoebe Bridgers’ Punisher or Adrianne Lenker’s songs and instrumentals—the latter of which likewise drifted deep into new age—it’s an artist hoping to reach a broad audience by being hyper-specific about their own experience. There’s the clear sense that this music is at least somewhat autobiographical, and yet it doesn’t feel like an enclosed chamber of self but an emanation of warmth, a great bear-hug of sound. It does not forget that the fundamental function of ambient music is to be enjoyable, but it argues fiercely for its potential to be so much more.