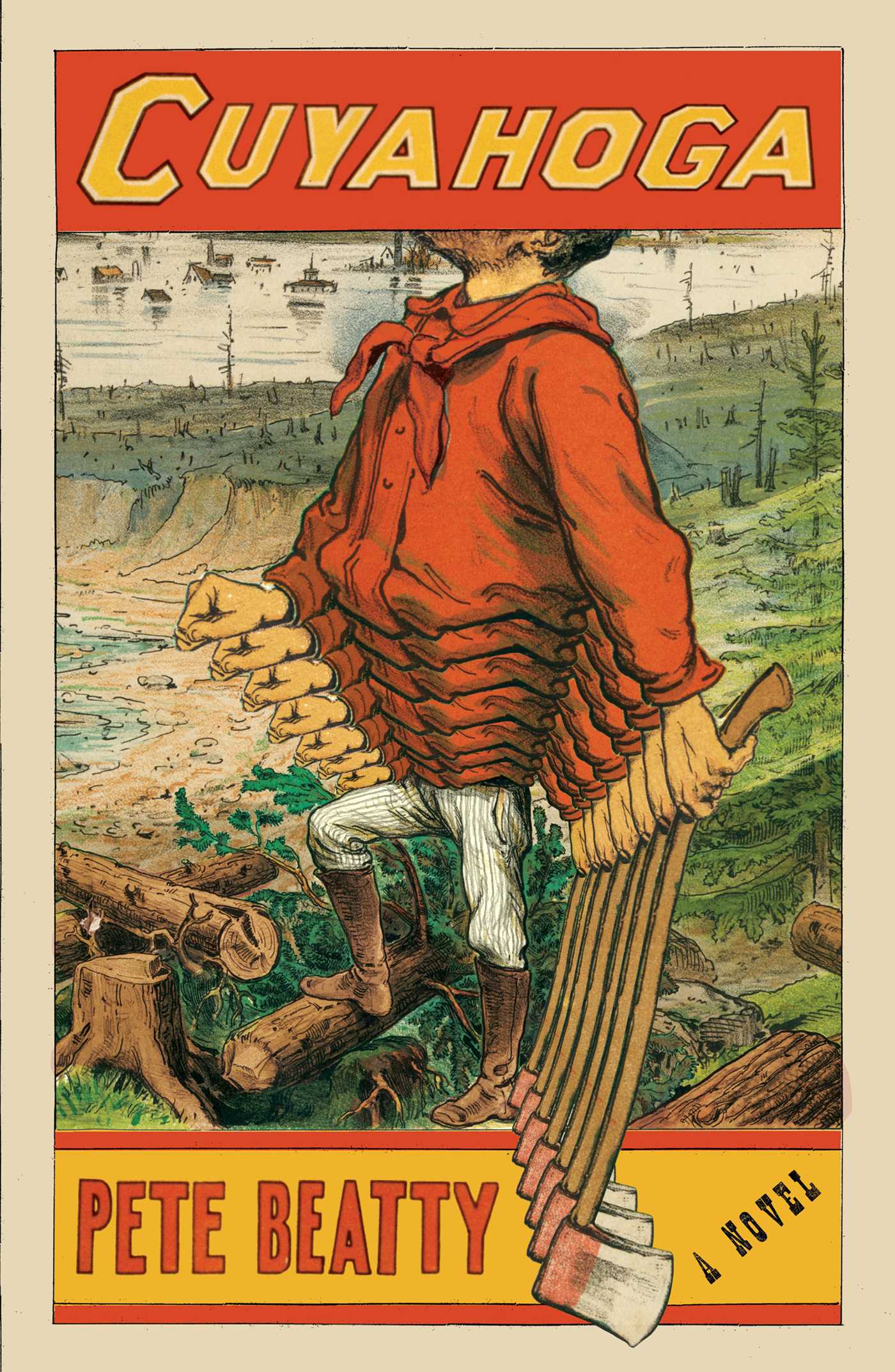 America’s tall tales suit its national identity well. Everything should be bigger, stronger, and always moving westward. In his novel Cuyahoga, Pete Beatty plays with the concept of tall tales. In his 1830s Ohio, the stories still stretch, and the characters don’t quite know what to do with a life in which the mythic always offers something unexpected and explosive (sometimes literally). The two brothers at the heart of the novel struggle to turn a pioneering spirit and a love of the large into livable lives. Beatty plays on American history and mythology for a novel that mixes adventurous fun with a touch of deconstructive thinking for a quick-moving trip.

The book, “a story of the west,” highlights the interplay between Big Son’s exploits and Medium (Meed) Son’s storytelling. Beatty’s meatiest work comes here, in his playful exploration of how myths are made and used. Big, it seems, actually does the fantastical exploits, like fighting a lake and clearing epic amounts of timber. Meed turns it into … something. A history. A list of grievances. An encomium. The stories and the wonder swirl, but always encircling an empty center. Big wants to stop fighting nature and his own backstory long enough to start a family. Meed wants to be someone other than his brother’s (possibly) trusted narrator.

Trustworthy or not, Meed’s narration maintains an entertaining comic sensibility. Beatty gives him a idiosyncratic dialect and pacing that will likely cause a split among readers. “Just as soon as I thunk of Big, my brother thunk himself through the door, bearing Dog’s shoes and a smile like his teeth wanted to bust out and dance,” he tells at one point. If the language catches your fancy, you won’t want to put the book down; if you wish Meed would just learn some 20th century grammar already, you can stop reading here. The voice suits the book, part of the rollicking feel of an old-time mock epic, almost as if someone who had never read Mark Twain was asked to guess how he’d write a short story, a sort of hyperreal version of a city’s origin story.

Beatty’s narrative moves in episodic bursts, almost surprisingly cohering into a single stream in which Big’s plans to finally wed his sort-of-but-not-technically sister while two developing towns fight over a river crossing intersect. The main plot doesn’t seem to matter at first, but all of Beatty’s diversions add up to a thread about history and myth, fantasy and modernity. Some of the stories internal fabulations are undone while others grow bolder. The resulting tale hints more than it teaches, but even among the laughs there’s plenty to ponder.

The balancing act between academic interrogation (to use the appropriate jargon) and parodic storytelling holds. At times, it feels as if Beatty could have pushed his literary questions further. As he comments on Johnny Appleseed (and more implicitly on other tall tales), it would be nice to see him introduce some greater challenges into his own narrative. As it is, there’s still plenty of meat in a text that offers such apparent pleasure. Leaving the story as a wild romp while revealing unexpected effects of the myth-making works well, though, and it promises more to come from the debut novelist.