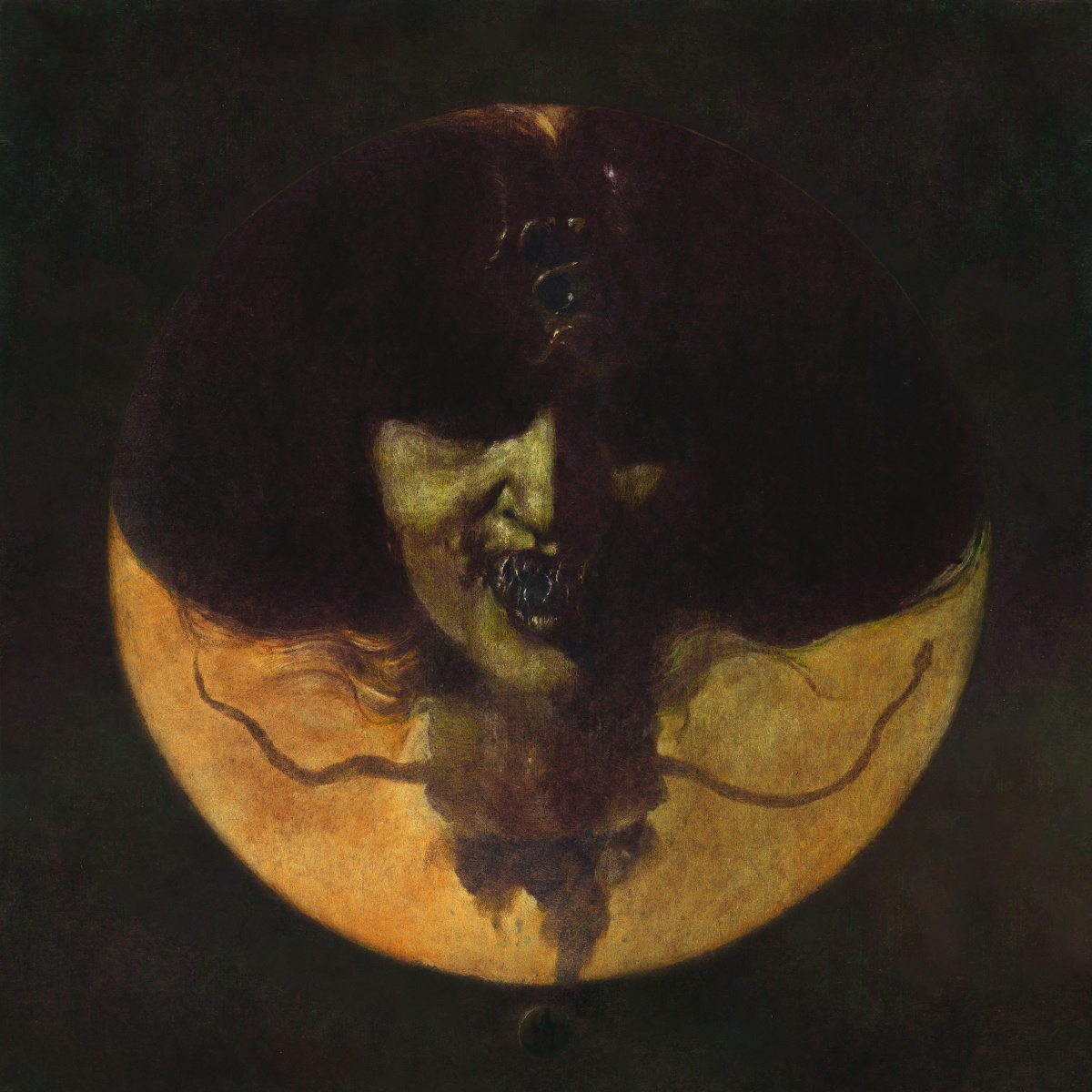 Melinoë invites justified hyperbole. It’s a pantheon of plagued visions, a specter of chaos whose depth extends beyond the realm of the waking. There’s a mass that begs the flexing of auditory muscles to appreciate the swath of swirling shapes. Most of those shapes are demons competing to drag souls deeper into the nightmare. AKHLYS summarizes their record as, “From the gates of slumber, where succubi perch betwixt wakefulness and dream, to the dark lands beyond, where nightmare daemons and the gods of terror preside, Melinoë serves as noctuary, hymnal and sojourn.” Bluntly, AKHLYS delivers a dense, punchy, horror show of atmospheric black metal.

The album derives its concept from the Orphic tale of Melinoë, the goddess of nightmares and madness who conducts a train of ghosts whose bodies were never buried nor given proper funeral rights, or, in the most malicious scenario, were cursed to join her cult. AKHLYS are thus members of said undead army, blowing the trumpet of Melinoë ‘s impending arrival and signaling the onslaught of night terrors.

AKHLYS’ black metal is steeped in grandeur. It smacks with a dense, low-end gurgle akin to Blut Aus Nord. The insurmountable fear of Melinoë isn’t shrill, lo-fi, nor undercooked. It is painstakingly orchestrated, densely layered and haunting in its ornamentation. Melinoë hosts a muscularity that black metal often loses when it strips itself down to its rawest components. The punchy drums and high-pitch tremolo lines layer with keyboards amidst a clear mixing under Naas Alcameth’s shrieks. There’s an operatic quality that collects the fragments into movements. Each track pummels with a density befit for an unlimited army of the restless undead.

Of equal importance to the record is the use of ambience. AKHLYS began as a solo dark ambient side project of Nightbringer’s Alcameth, and that thread remains taunt as the project evolved into decadent black metal. This ambience bleeds into the hefty mixing. Each track is composed of multiple phases that run the gamut from dark ambient to piercing cacophony to spoken word. They mirror the amorphous shape of dreams as they metastasize from one section to the next. Worth noting is the leanness of the album, clocking in at forty-five minutes with only one song running shy of the eight-minute mark. AKHLYS are confident in their multi-phasal compositions but never overindulgent.

“Ephialtes” opens at a plodding pace as if being trampled by Melinoë‘s underlings. The track oscillates between a mid-paced march and torrential waves of tremolo picking and blast beats. All the trademarks of black metal are layered with an ear towards a complete composition. The guitars occupy the higher registers of the mix so the drums and keyboards can flood the lower end, or they are suppressed so the keyboards creep to the front of the mix. Compounded with this are Alcameth’s vocals, which sound like he’s invoking passages of the Necronomicon.

“Succubare” is an arresting six-minute ambient interlude but it is by no means a respite. The dense keyboards, throbbing gong and disemboweled vocals concoct a maelstrom. Naas’ opening soliloquy on “Pnigalion” plunges deeper into hell than any of the incidents of unflinching metallic chaos. With hemorrhaged delivery, he recounts his interactions with his real-life demon – sleep paralysis. As terrifying as Melinoë is in concept and execution, its true hell is that Alcameth is writing from experience.

Sleep paralysis contorts the mind like a hammerlock. Naas extrapolates the dreadful experience and the lucid dreams, terrifying visions, learned helplessness and the waking visitations that accompany the disorder to the blooming size of the album. He grapples with his condition through the grandiosity of a Greek sonnet about the queen of nightmares. Melinoë, by refusing to release its clutch, peeling back eyelids and pummeling to the pulse of a ghoulish war drum, is Naas’ exhumation.

The Armadillo Paradox: Out of Gas in Oil Country