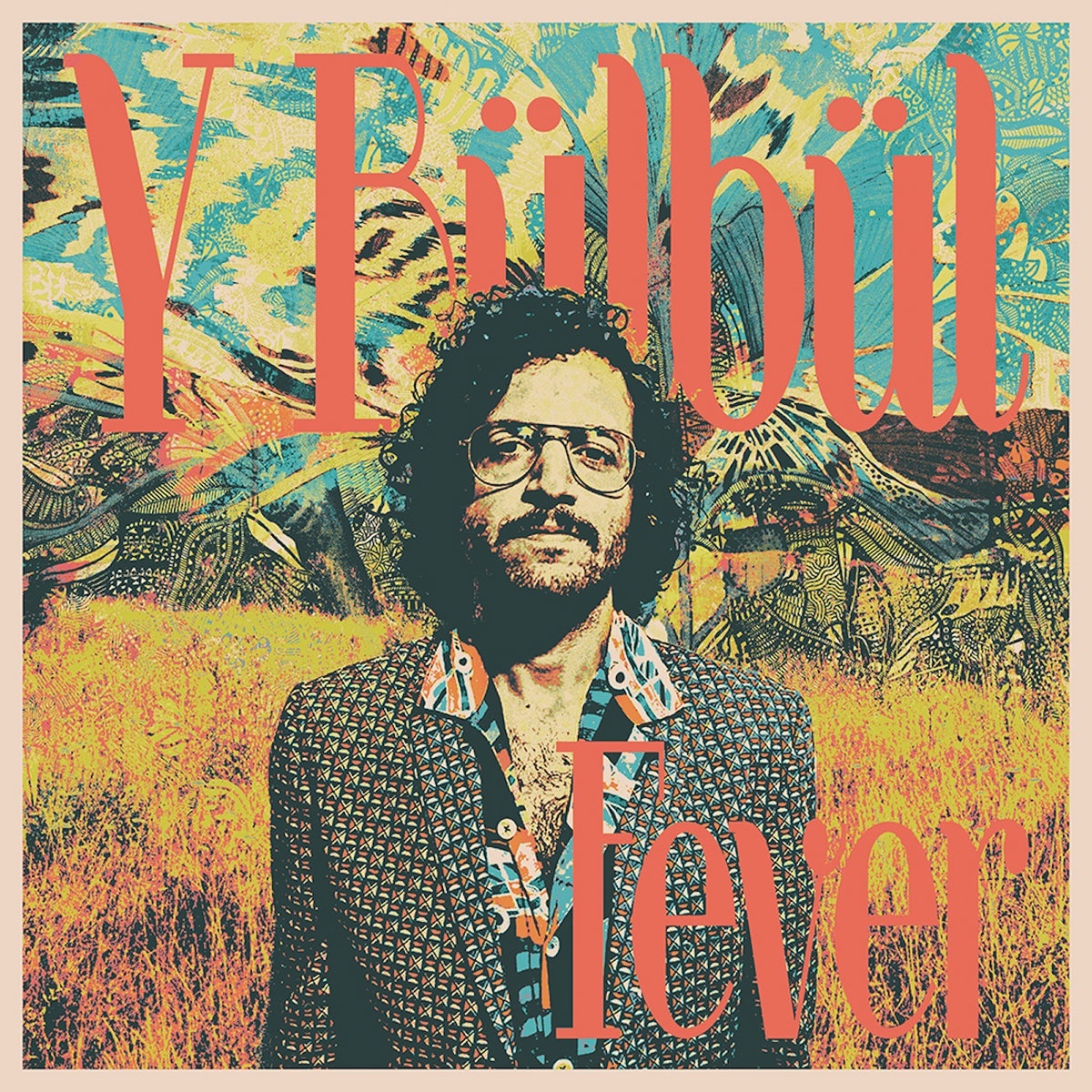 The debut album from Turkish-born, London-based musician Yiğit Bülbül isn’t easy to categorize, and the cover demonstrates the delightful conflict. Artwork depicts Bülbül standing in a plain field, wearing a snazzy outfit and backed by a psychedelic sky. Yet despite the surname being taken from the name of a passerine songbird, Fever is an instrumental album. And despite the pastoral elements of that artwork, this is unapologetically electronic music. Whatever you call it, it’s a varied, playful music that’s in the spirit of a man who calls his Hackney radio show “Bülbül’s Gemüsement Park.”

Opener “The Heath” fades in with ambient nature sounds before easing in with a sax-led lounge shuffle. Swirling synth lines coexist with echoed reeds and acoustic rhythm guitars, and if the arrangement might sound incongruous on paper, the end product is perfect hangout music that blends unassumingly into the background, but that rewards closer listening with unexpected textures, like a surprising synth burp or tropical percussion fill.

“Mulhouse” follows with more quirky synth timbres, from keyboard beats that shift from glassy to space-age to psych to jazzy from measure to measure, all over a relaxed mid-tempo beat. The charming stew fuses elements of exotica and synth-pop with vibrant flourishes that echo Terry Riley’s experimental landmark “A Rainbow in Curved Air,” which gives you the idea of Bülbül’s range of influences. “Go Goose Go” is more playful still, with Zeynep Naz Günsal dryly narrating a kind of travelogue. That neutral tone is wildly offset by the adorable instrumental melodies; this is at once one of the album’s more percussive tracks and one of its most hummable, and the synth timbres again echo Riley. Bülbül picks his experimental ancestors well: like Riley, the Turk’s explorations embrace glorious electronic sounds with a sensibility that’s as much pop as avant-garde. With titles like “Cacti All Over My Head,” you know he’s got a sense of humor, and at just over three minutes, that’s the shortest and goofiest track on the album, and it would make a wonderful single.

The album’s six songs in just over a half hour end with the 10-minute “Txalaparta,” which like the opener begins with birdsong that soon develops into a sweeping ambient piece. Spoken word samples are taken from a 1978 recording by Basque folk musician Txomin Artola, and one wonders what connection Bülbül makes between the title inspiration and this ambitious electronic dream. Perhaps it’s simply that music, and dreams, can come from anywhere, and to categorize and compartmentalize them into conventional genres would defeat his eclectic free-range aesthetic. The track and the album ends with the electronics fading and birdsong coming back into frame, so to speak, as if nature, having absorbed the Bülbül magic, is responding in kind.

Fever is the latest from the Hamburg, Germany label Pingipung, which much like Bülbül, playfully defies categorization, even within one artist’s catalog. The label released an album from the Japanese singer Umeko Ando, whose catalog includes stark folk music as well as charming electronic remixes. Y Bülbül’s largely unpredictable debut doesn’t sound anything like Ando’s music, and that diversity of approach is exactly what keeps our ears open.