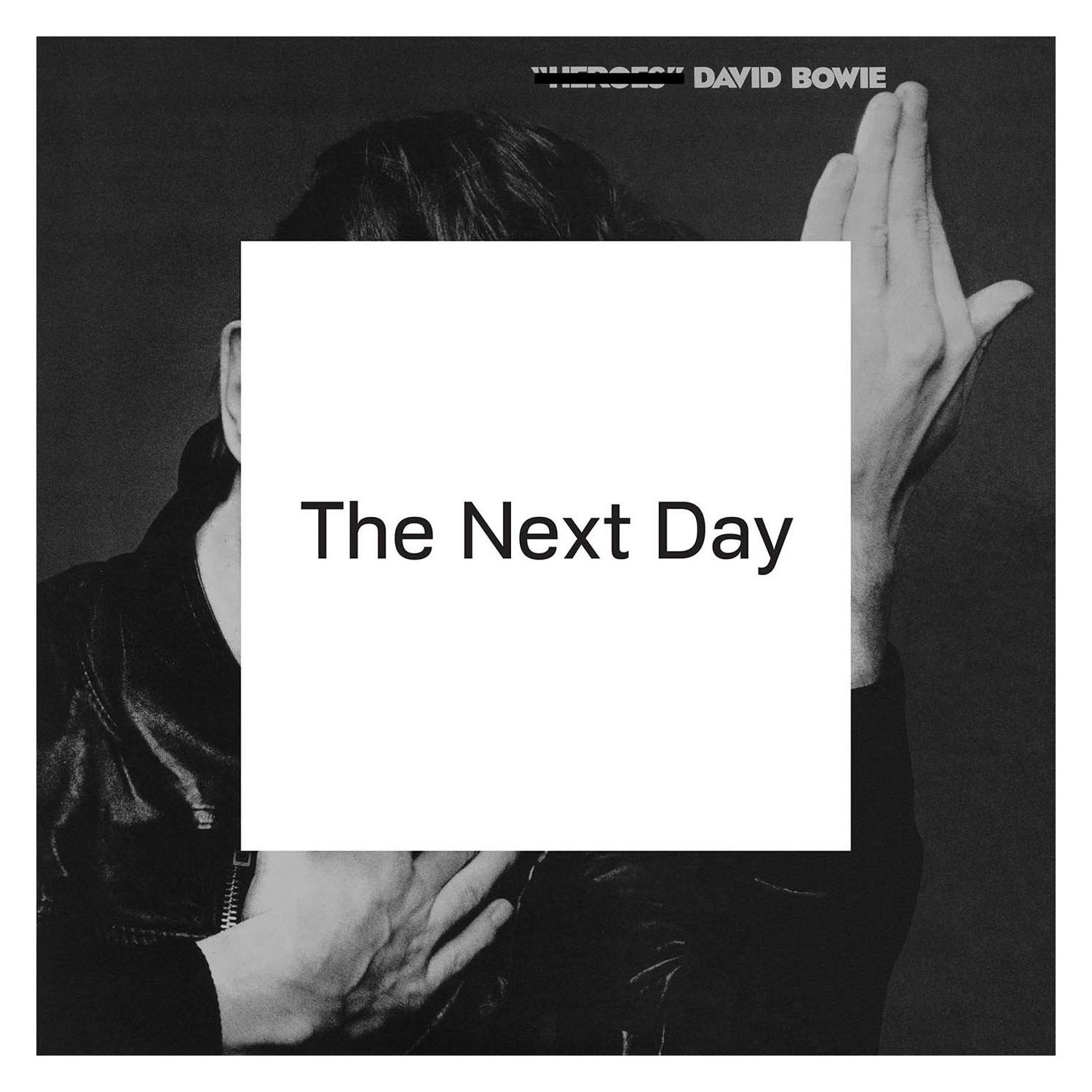 The Next Day mines the past to explore the present. Everything about its presentation forms the sinew between these two eras for David Bowie. The artwork defaces his classic “Heroes” cover as a statement of intent. The album reveal was via surprise announcement two months before release, catching everyone off-guard. Even the first single, “Where Are We Now?,” explores times gone by. The synth ballad finds Bowie reminiscing about Potsdamer Platz and KaDeWe in Berlin, but always returning to and emphasizing the titular question. It’s all for Bowie to show how he got to this point, but to also make clear that he’s more than his previous glories, acknowledging what came before while keeping his focus on the here and now. Besides the meta-commentary, as Bowie’s first record in a decade, it’s an absolute triumph.

The music of The Next Day is an amalgamation of Bowie’s past sounds, though it most heavily skews towards the style of art rock he crafted on Heathen and Reality. What makes this album stand out in his catalog is how he takes those disparate elements and fuses them into a master craft of songwriting. The Next Day manages to sustain the peaks found on his 2000s albums for its entire length, with every song being a potential favorite. You can hear an electrifying energy from the moment the title track kicks in, with Bowie’s voice moving from dangerously sinister to chaotically exultant, as guitars squeal and the slippery bass circles.

It’s this tumultuous power that Bowie either concentrates into songs of tension or releases into wild abandon. In the category of the former, “Boss of Me” turns the growling guitars a bit funky, joined by muffled touches of horns, whereas “(You Will) Set the World on Fire” goes from a conversational verse into a full-on rock anthem chorus. For the latter, “If You Can See Me” opens with an operatic howl over a frantic drum-and-bass rhythm, a return to his anarchic ’90s sound, with Bowie ranting and raving.

The Next Day also finds Bowie writing some of his catchiest tunes in years, ones made for an arena singalong but that also hold up against the artier tracks. “The Stars (Are Out Tonight)” finds him singing in between the heavy bass groove and the ascendant, angular guitar lines. At least three of the vocal melodies here are strong enough to build an entire song around. “Dancing Out in Space” is all about its joyful, rhythmic bounce. “I’d Rather Be High” has the best guitar riff Bowie’s written since the Let’s Dance era.

Bowie’s occasional glances to the past also serve to highlight the ongoing relevance of subjects he’s sung about for years, namely violence in society. “Dirty Boys” turns the plastic soul of Young Americans even sleazier, with horns crushed up against grinding guitars as he sings about teenage gang members. “Valentine’s Day” is modern glam rock telling the tale of a school shooter. “You Feel So Lonely You Could Die” is a lament against those who betray others out of fear or self-interest, the apocalyptic drumbeat of “Five Years” serving as a warning coda.

But there are some new tricks on The Next Day. While still familiar, “Love Is Lost” brings together the ambient synth work of Low with aggressive electric guitar for a song that moves in waves, an ebb and flow of anxiety. Even darker is “Heat,” the closing torch song that builds like a foreboding score to a horror film or a post-apocalyptic soundscape.

Looking back at it, The Next Day was clearing the table for Bowie, an album that got him working again after a decade away and one that tangled with his long legacy and his more traditional rock sound of recent years. But everything about this album, from the stellar songwriting to the touches of his past being mined for the present, makes it clear that this was not just a victory lap for Bowie. Instead, he would go on to make one of his boldest albums of his career with Blackstar.

Goat Girl: On All Fours