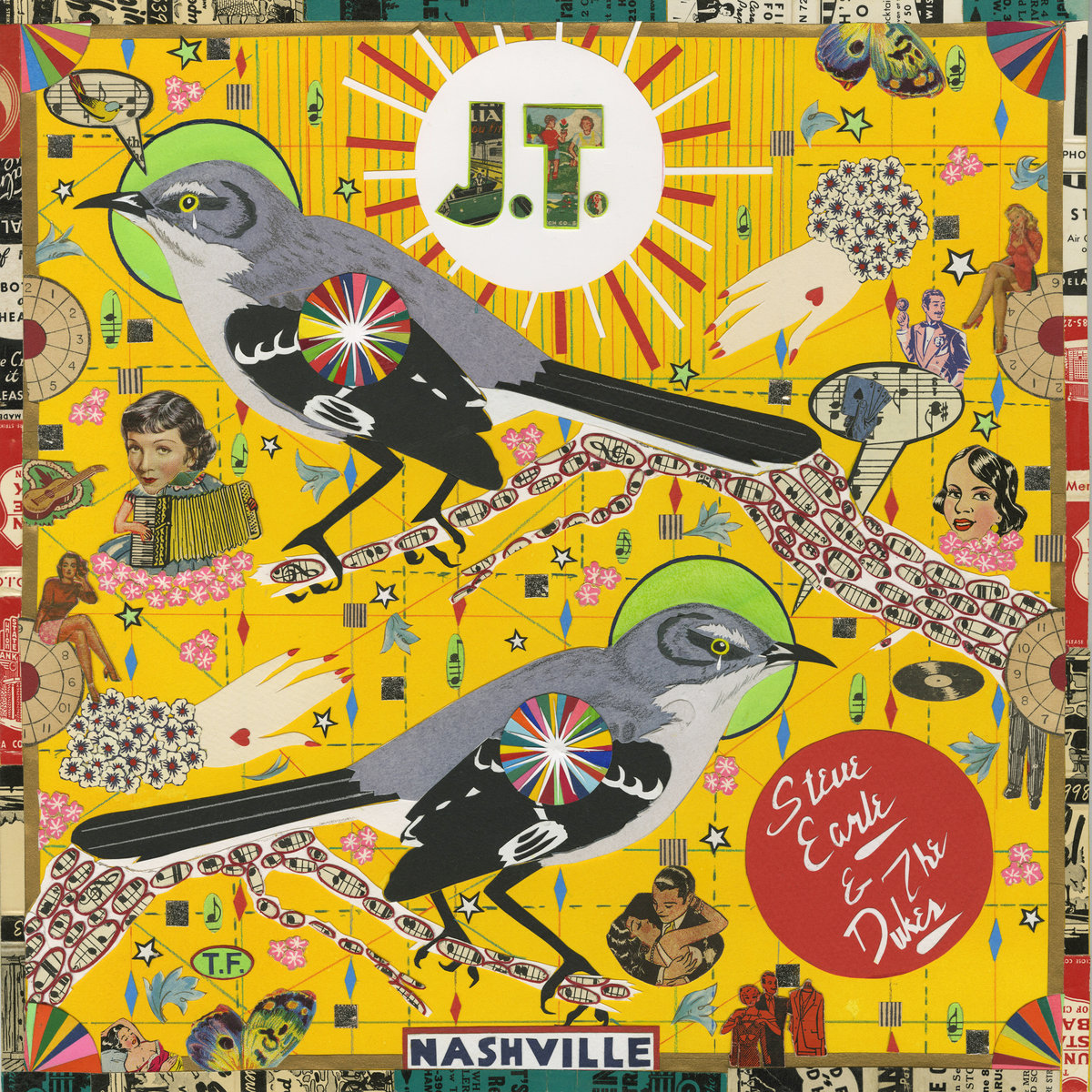 Steve Earle had already elevated the tribute album. Guy and Townes – his records featuring the songs of Guy Clark and Townes Van Zandt – managed to highlight the stellar writing of his friends and mentors without hiding his own interpretive skills. His new record offers a new sort of entry, one with a backstory we’d all rather didn’t exist. Last August, Earle’s son Justin Townes Earle died at the age of 38 from an accidental overdose. Steve Earle took to the studio with The Dukes to record an album of his son’s songs, a way of processing grief and honoring a stellar career. J.T. collects 10 of the younger Earle’s works, plus one new song from Dad to say goodbye. The album stays inescapably tied to its origins as a listening experience as Earle and the Dukes take on an unthinkable task.

While both Earles fall into a broad Americana category, they traveled different stylistic paths, and part of the band’s work on J.T. is to find a proper way for those sounds to intersect. The Dukes’ giftedness allows them to mix their more rocking tendencies with the younger Earle’s penchant for Memphis, old-time, and country blues. The original version of “The Saint of Lost Causes” was sparser, an emptiness surrounding Justin’s vocals. Steve adds a grunginess to the sound, suitable for his work while retaining the atmosphere of the previous recording. The Dukes find equal comfort in leaning toward bluegrass on opener “I Don’t Care.”

With a flexible but comfortable sound, much of the album – as a happy surprise – makes space for the fun side of Justin’s music. “Champagne Corolla,” from 2017’s Kids in the Street playfully rejects fancy cars and fancy women in its look for a “middle class queen” whose attention to gas mileage suggests “Maybe baby got a head on her shoulders.” Hearing Steve do the song under these conditions could be awkward, as if he should be under enforced somberness for the whole recording process, but instead it’s a nice escape from the frame of the record. Honoring Justin’s legacy would include capturing his wit, and Earle and The Dukes find some release in doing this sort of cut.

The mood plays out strangely with “Harlem River Blues,” the last of Justin’s cuts on J.T.. The almost gleefully bounces along as the singer skips uptown to commit suicide by drowning. The son’s version of this song gets to the best of the blues: it’s awful, it’s darkly comic, and it’s cathartic. The father’s version doesn’t get there. It doesn’t suit Earle’s voice, as his rasp doesn’t express the (awful) liberation suggested by the tune. It also doesn’t seem so playful in the final shadow of Justin’s self-destructive, even if unintended, end. The original version shook something free; this one hurts, and it’s unsettling.

That sort of performance of “Harlem River Blues” follows the menace of “The Saint of Lost Causes” and prepares the way for the lone new track by Steve on J.T. Initially accompanied by a straightforward acoustic guitar part, Earle sings of his love for his son. The song draws force from its simplicity (though removed from biography, the second verse’s rhymes hit a little flat as standard pairings). Earle traces his feelings from Justin’s birth through his death, remembering that their final words to each other were “I love you.” The pair had a complicated relationship that appeared to be on the mend, and Steve’s statement of the permanence of his love and the affection with which they parted, unknowingly for the last time, makes for a heartbreaking finish to the record.

Given its context, J.T. will never be an easy background listen. The album’s effective power begins even before the first track. Even so, it’s a strong album on its own merits. Steve Earle and The Dukes have both chosen the right tracks and performed them well. As with Guy and Townes, J.T. makes room for the original artist, captured warmly in Earle’s own style. This third tribute album might carry more weight, but that only makes it that much more of an essential listen.