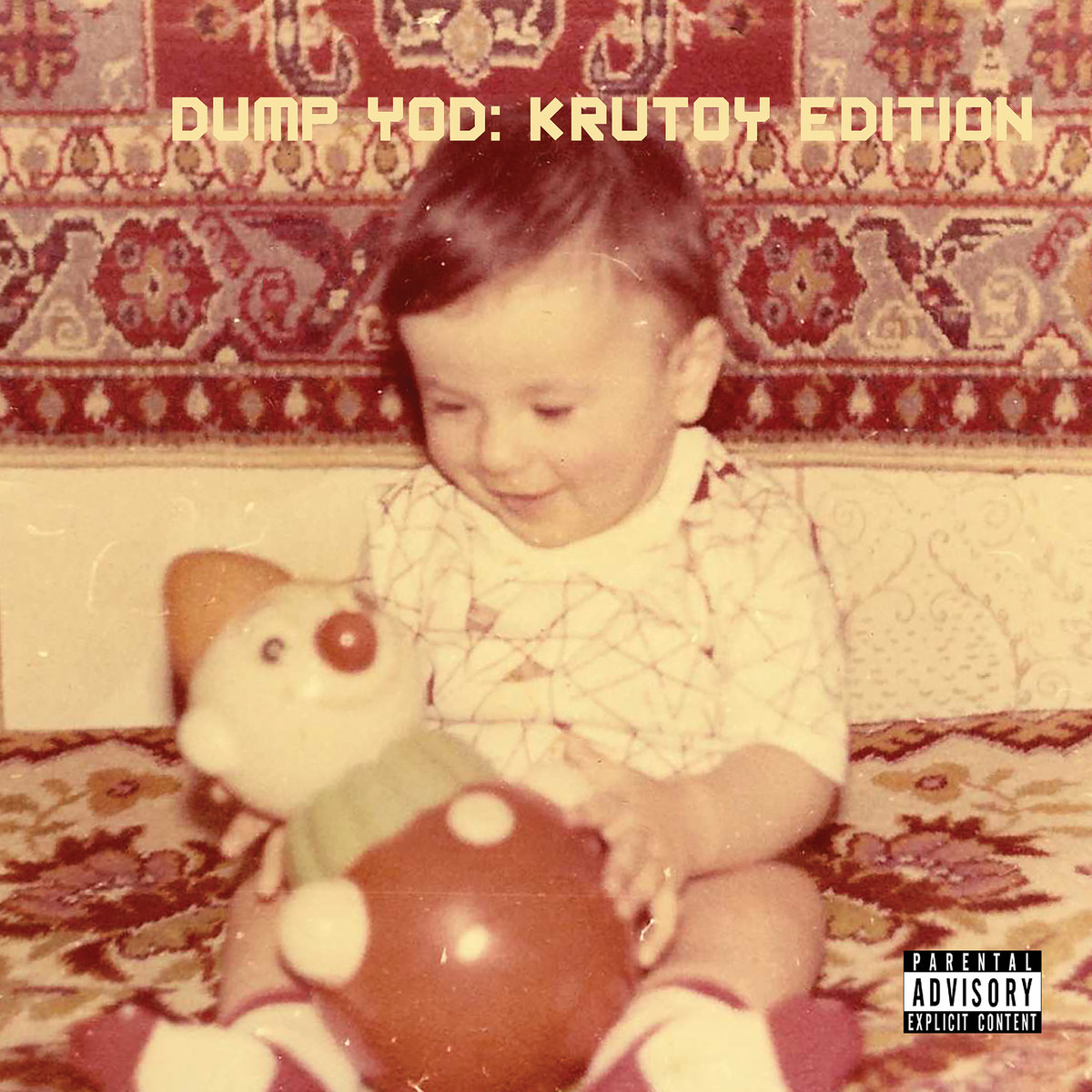 After his three-album streak in 2019, the Ukraine-born, Brooklyn-based rapper Your Old Droog has reemerged with Dump YOD: Krutoy Edition. This album continues the celebration of Jewish heritage that was brought to the forefront on Jewelry and explores the challenges of growing up in America with Ukrainian heritage. The result is an album that sounds like flipping through a dusty family scrapbook, except the feelings of nostalgia are inherently tied to deeply painful memories.

Dump YOD is evidently personal to Droog in a way that wasn’t apparent in previous work. He has tapped into his religious roots to inspire the production, sampling traditional Jewish music that’s more reminiscent of a bar mitzvah than it is the slums of New York. On top of that, Droog raps in his native Russian for the first time, which is woven beautifully between his typical English verses; it’s hard to believe that he hasn’t been doing it for years.

The backdrop of traditional Jewish music is a great concept, making for a sort of eastern European version of Griselda’s grimy street rap aesthetics. Unfortunately, many beats sound so similar that sometimes it’s easy to think you’re hearing the same song multiple times, particularly in the first half of the album. Dump generally evokes a strong aesthetic, but it’s hard to point to any stand outs. The best beats are the ones that more subtly incorporate these themes, such as “Ukraine” or “Kyrgyzstan.”

Themes of heritage and upbringing appear on almost every song, but at times it can be difficult to pick up on if not listening intently. Droog’s style of rapping is heavily inspired by the likes of MF DOOM and Nas, meaning every verse he records is laced and packed with one-liners, double entendres and punchlines. His nonstop flow barrages you with line after line, and every once in a while you catch a reference to his religion or childhood. While his themes are consistent, it is difficult to keep up with the details. This isn’t to say he fails on the mic; technical flow and wordplay is one of his greatest strengths, but the message gets lost along the way.

The dense songwriting and clunky song structure can be equally off-putting. Across the album, songs function as mega-verses that quickly become a slog, and when there is a refrain it does so little to stand out from the verses that it may as well not exist. With this method of formatting tracks, it’s difficult for Droog to create anything as impactful as something along the lines as his song “G.K.A.C.” Some of the highlights come from tracks with guest verses, particularly billy woods on “Odessa” as well as “Pravda,” which comfortably sits amongst the best posse cuts of 2020. It’s an unintentional climax near the end of the album, and whether he intended it or not Dump YOD feels like it builds up to this moment despite the fact that it’s thematically disconnected from the rest of the tracks.

Dump YOD may not feature any bad songs, but the tracks are borderline indistinguishable. It’s a strong concept that deserves to be explored deeper. Droog appears to be going all in on these thematic elements for the foreseeable future, so it will be exciting to see how he builds upon what he has created here.

The shoegaze-tinged alt rock of their debut is the sound that put the group on the map, bu…