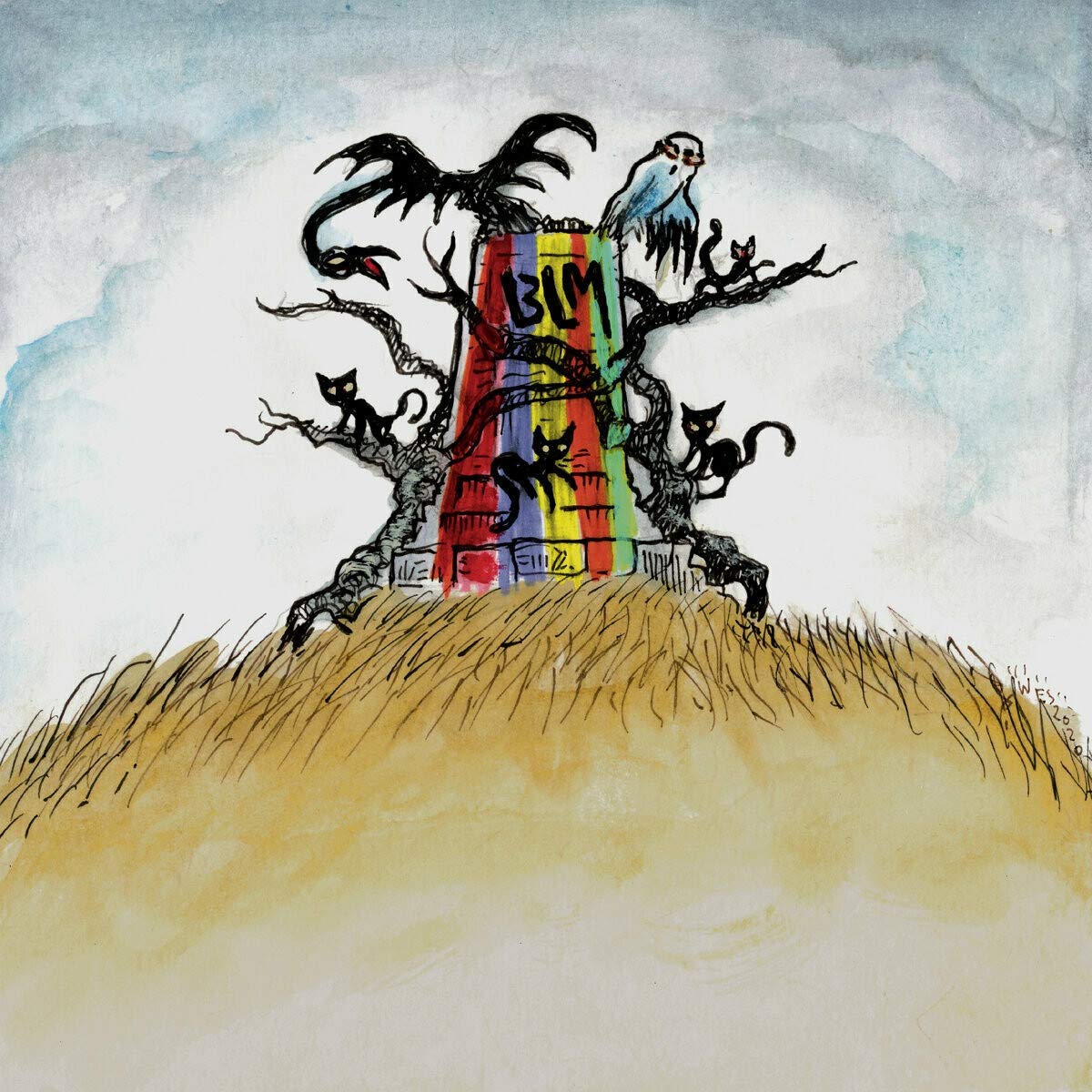 When The Unraveling Drive-By Truckers’ first album of 2020, came out a year ago, the world already felt apocalyptic, and the year would only worsen. On that disc, the band served as a guide through difficult territory, offering some small hope in their mix of outrage and control. A few recordings that didn’t make the album seemed like a good batch for a stopgap EP, but as the group wrote some more, another album came together just in time to end the year. The New OK (the title reads best as sarcasm) continues the sound and ideas of its predecessor, but adds a little of the tumult the world provided between releases. With the mix of leftovers, new material, and even a purposeful cover, the record continues the band’s moment, making less of a scattered set and more of its own statement.

That cover closes the album, and it says much about where DBT are right now. The Ramones’ “The KKK Took My Baby Away” had become part of the band’s live show, and they recorded it almost as a throwaway idea in the studio. Bassist Matt Patton gets a rare chance at lead vocals as the band pounds through the classic. The song has grit and obvious bitterness – the song feels especially loaded after a summer of BLM protests and counter-protests – but the band captures the strange joy that’s always been in the music. The Truckers at this point sound like they’re on a mission – to call out injustice and to vent a certain amount of anger and frustration – but they also realize that that work comes best when packaged with some classic rock ‘n’ roll. What could have been a flip couple minutes in the studio now sounds indicative of larger work.

That work, of course, comes primarily through the group’s songwriting. Patterson Hood wrote the title track as a play on the idea of a “new ok.” Verse one tracks the similarity of the okay hand sign to flashing a White supremacist signal. By the time he tells us that “It’s summer in Portland and everything’s fine,” it’s clear that nothing’s fine in the state of our country. “Watching the Orange Clouds” also references the protests of last year, and lines like “Boys too stupid to really be proud” make Hood’s thinking clear.

The band avoids becoming too strident. Mike Cooley’s sad country “Sarah’s Flame” draws a line from Sarah Palin’s politicking to the current political climate, but it somehow charms in its lyrical precision and mid-tempo sway. Other cuts like “Sea Island Lonely” and “The Distance” avoid getting topical, a nice balance to the nervy groove of “This Perilous Night” at it responds to the events of the Unite the Right rally in Charlottesville in 2017.

The soulful “Tough to Let Go” came to Hood in a dream, and it maintains a certain ambiguity even as it roots itself in Memphis. Hood sounds hurt and confused, but persistent. If something is killing us, it might be the things we hold onto. The lyrics read like a psychological piece of thought, but in the context of the rest of the album, it becomes self-analysis embedded in cultural context. Heard in a variety of ways, the song’s organ part destabilizes even as the rest of the band holds everything together. It’s the sort of work that Drive-By Truckers have come to do very well, and whether the world unravels, lies about its new ok or simply endures, the group has found its position as a guide through these times.