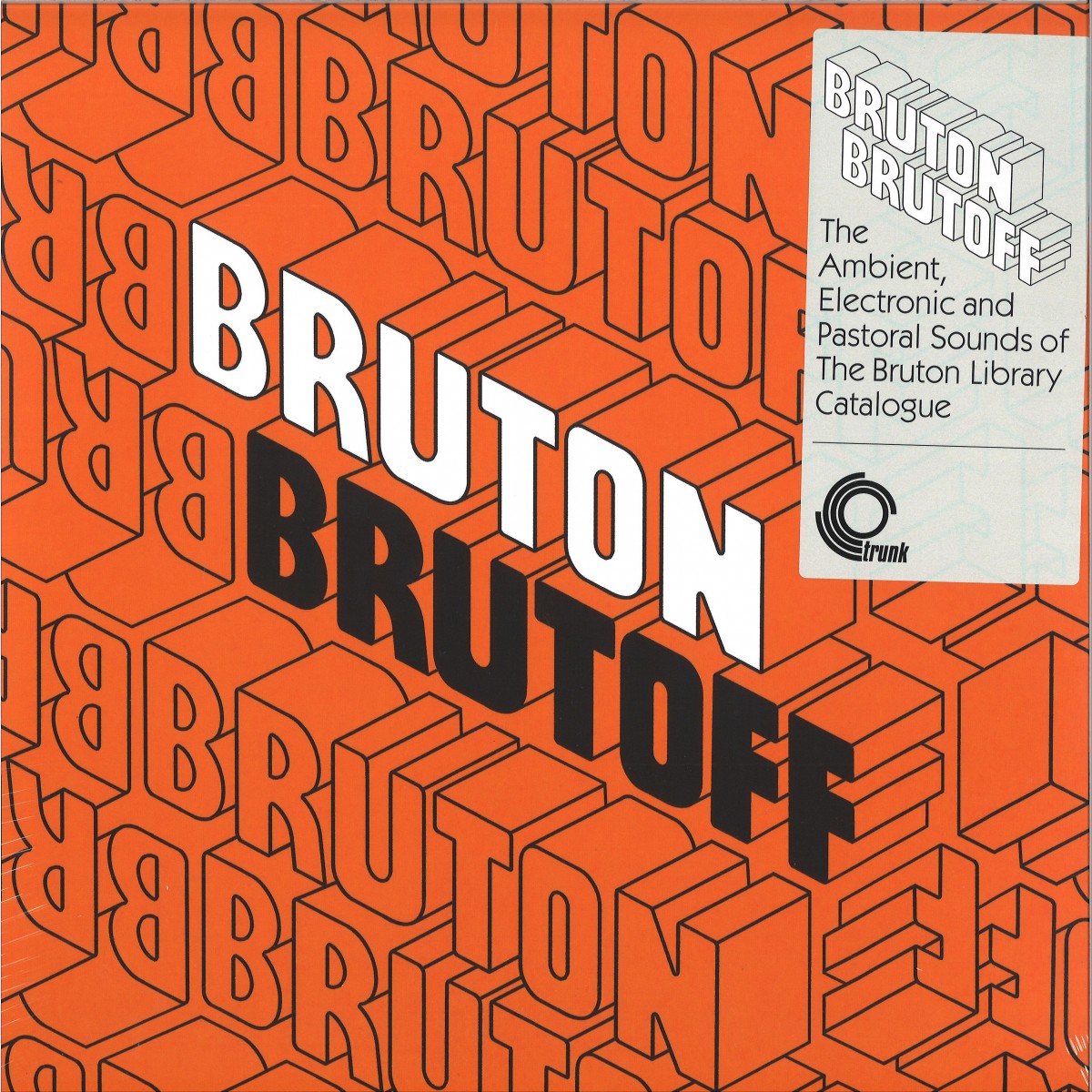 “If you ask me, many of these library music LPs are simply not worth the daft money that is often fished for on-line.” Label owner and vinyl collector Jonathan Benton-Hughes, aka Jonny Trunk, admits as much about a subgenre highly sought after by contemporary crate diggers. These albums came out of production houses that made pre-licensed sounds for radio and television stations to use for whatever mood they needed. While the distinctive cover art of library music makes for a worthy coffee table book, the recordings themselves are hit and miss. Trunk compiled Bruton Brutoff from tracks made for the heralded and collectible library music label Bruton in the late ‘70s and early ‘80s. By his standards, these are the most enduring tracks from the “more esoteric and experimental” albums in Bruton’s BRD and BRI series. But even scraping off the crème de la crème, this material doesn’t make much more than a passable ambient playlist.

While many library music collectors are drawn to the funkier side of the subgenre, this set specifically compiles what a subtitle distinguishes as, The Ambient, Electronic and Pastoral Sounds of The Bruton Library Catalogue. Les Hurdle’s “S7th Heaven,” a 1979 track that opens the album, is typical of the selections. A delicate, looping melody plays over a steady synth wash, which makes the track simply a series of variations on a fragile theme. One can easily imagine the producer of a late ’70s drama choosing this needle-drop for a melodramatic scene – perhaps a bittersweet memory, or a painful revelation – but it doesn’t work particularly well as foreground music, and for that matter, the angsty minor mode makes it too somber to be pleasing background music either. Francis Monkman’s percussive, atmospheric “Stargazing” could pass for a ringtone, which to some degree may reflect the influence of library music on today’s purveyors of functional music.

“Trek,” a 1981 track from prolific Bruton composer John Cameron, is slightly funkier thanks to an easy-going vibraphone lead, but it says something about the rest of the album that this downtempo track is one of the livelier pieces here. It’s one of four Cameron tracks here, and the selections demonstrate the composer’s versatility within the commercial restrictions of production music. “Tropic 2” and “Floatation” [sic] are more experiment pieces with space-like timbres, while “Drifting” sounds like the theme to a latter-day spaghetti western.

Cameron is the dominant personality here, as it were. Amid such modest achievements, it’s hard to get excited about anything here; like all these composers, Cameron’s goal in this work-for-hire wasn’t to make timeless music but to make something that tv and film producers might find useful. By definition, composers of library music sublimated their personality in order to make something that other creators could use to add texture to their own work; this music could be the sonic equivalent of a range of paint colors that a set designer could apply to the work at hand.

Trunk has essentially written his own review in the release notes: “Many original library LPs may have one or possibly two tracks that are a modern day revelation, but to get to those you often have to skip past many less interesting compositions.” Too subtle for any but the most dedicated ambient fans, Bruton Brutoff doesn’t offer any revelations to the casual library music consumer.