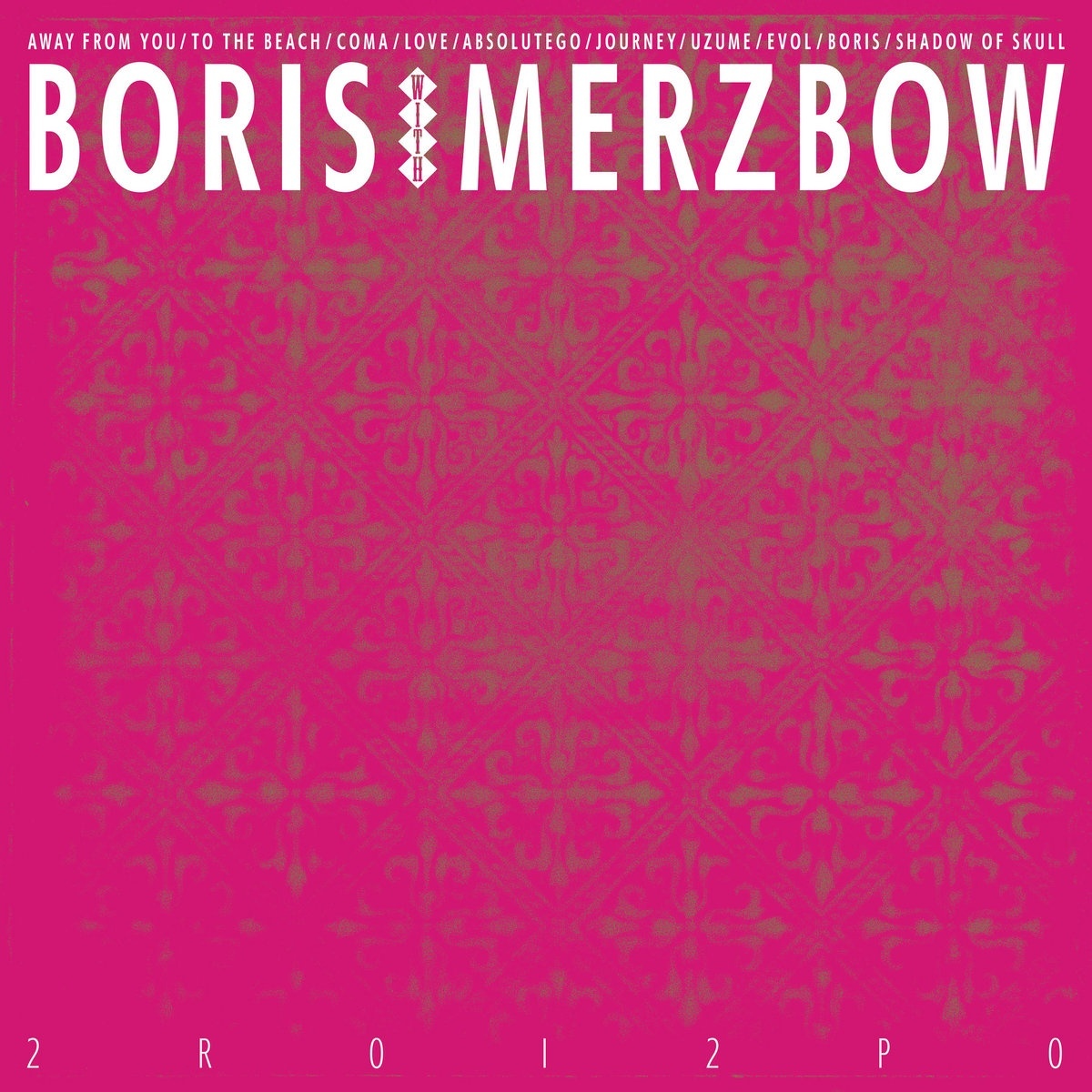 Japanese power trio Boris have remained one of the luminaries of heavy music over the last three decades, one of those groups committed to exploring the porous overlaps of various subgenres of metal and punk to showcase the elasticity of seemingly monotonous drone. Still, one couldn’t shake the feeling that the band’s best studio days were behind them, with new albums trotting out at a consistent pace that never rankled but nonetheless felt increasingly perfunctory. That trend reversed admirably in 2020, first with NO, arguably the band’s finest solo LP since their breakthrough Pink. A trove of archival releases made up for the trio’s inability to tour, and finally came 2R0I2P0, a jagged farewell to an awful year that reunited the band with Merzbow, that maestro of ear-splitting digital noise.

Recorded in March but released now as an angry coda to 2020, the album feels closer in spirit to the two parties’ 2007 live album Rock Dream, which reworked prior Boris numbers with Merzbow’s input over a series of new tracks. The same holds true here, with the only “new” material being covers of Coaltar of the Deepers’ “To the Beach” and the Melvins song that gave Boris its name. Minus Unknown Flowers’ “Journey” and a brief rendition of “Absolutego,” every other track comes from Love & Evol, Boris’ 2019 album. That record was like a number of latter-day studio work from the trio: a decent cross-section of their protean sound but unmemorable and inconsistent. Here, however, the band reconfigures the tracks, using Merzbow’s field of shrieking white noise as a means of bridging between transitions and creating a sense of constant undulation.

The result sounds closer in spirit, if not sonics, to Boris’ early drone masterpieces like Flood and Absolutego, a colossal unified track more than the series of disjointed rockers this material was when first put to wax. Indeed, if you aren’t paying attention to your music player, it’s easy to miss when one track gives way to another, with Wata and Takeshi’s sludgy riffs giving the impression of constantly trudging forward while Merzbow’s laptop spits out shards and hisses. Vinyl tends to be the delivery method of choice for Boris’ caterwauling mischief, but here the album benefits from a lack of interruption, creating a surprisingly meditative mood for music that has been compressed into walls of menacing clatter.

Yet in the absence of clear track divisions, one is better able to appreciate how much Boris can change up a seemingly minimal, riff-driven number even within its own confines. Consider how opener “Away from You” has its quiet intro thrown into paranoid new dimensions by Merzbow’s light additions of oscillating synth and foregrounded sound effects of what sounds like creatures shuffling through trash heaps, an evocative soundscape that then explodes into a soaring feedback line from Wata as Merzbow’s programmed noises erupt like a locust horde. “To the Beach” gives us muffled vocals beneath a screen of shrieks that are punctured only by the occasional, sharp snare shot and cymbal crash from Atsuo. Eventually, the electronics take on the sounds of old arcade sound effects, all whooshes and beeps that circle the drain around a decrescendo guitar line. One of the most radical breaks on the album occurs in the sudden absence of Merzbow to give Wata the space to introduce “Uzume” with a grimy riff that is then embellished by Merzbow darting around the edges of the space. Boris takes this collaboration as an opportunity to play ideas off of their guest, adjusting their own riffs and ideas based on how he interprets their moves.

If this was assembled in the studio, and maybe even in a series of files emailed between the two parties, it nonetheless has a spontaneous, in-the-moment feel. “Love” so precisely mixes lingering feedback with cloaked vocals and mind-numbing electronic howls that it comes very close to sounding like you’re listening to it live in a small rock venue, ringing ears and all. That they elevate Love & Evol so dramatically here is also a kind of recreation of their status as a band whose true greatness has always existed more on a stage than on wax. The cover of “Boris” is maybe the only time anyone has ever covered the Melvins and given them a run for their money in terms of soul-crushing heaviness, but through Merzbow’s bug-zapper hum and the slowly cascading riffs you can hear everyone having the time of their lives. The extended drone comedown of “Shadow of Skull” gradually brings the emotion back down, but it’s hard not to finish the album without feeling some shred of optimism in a dark time.