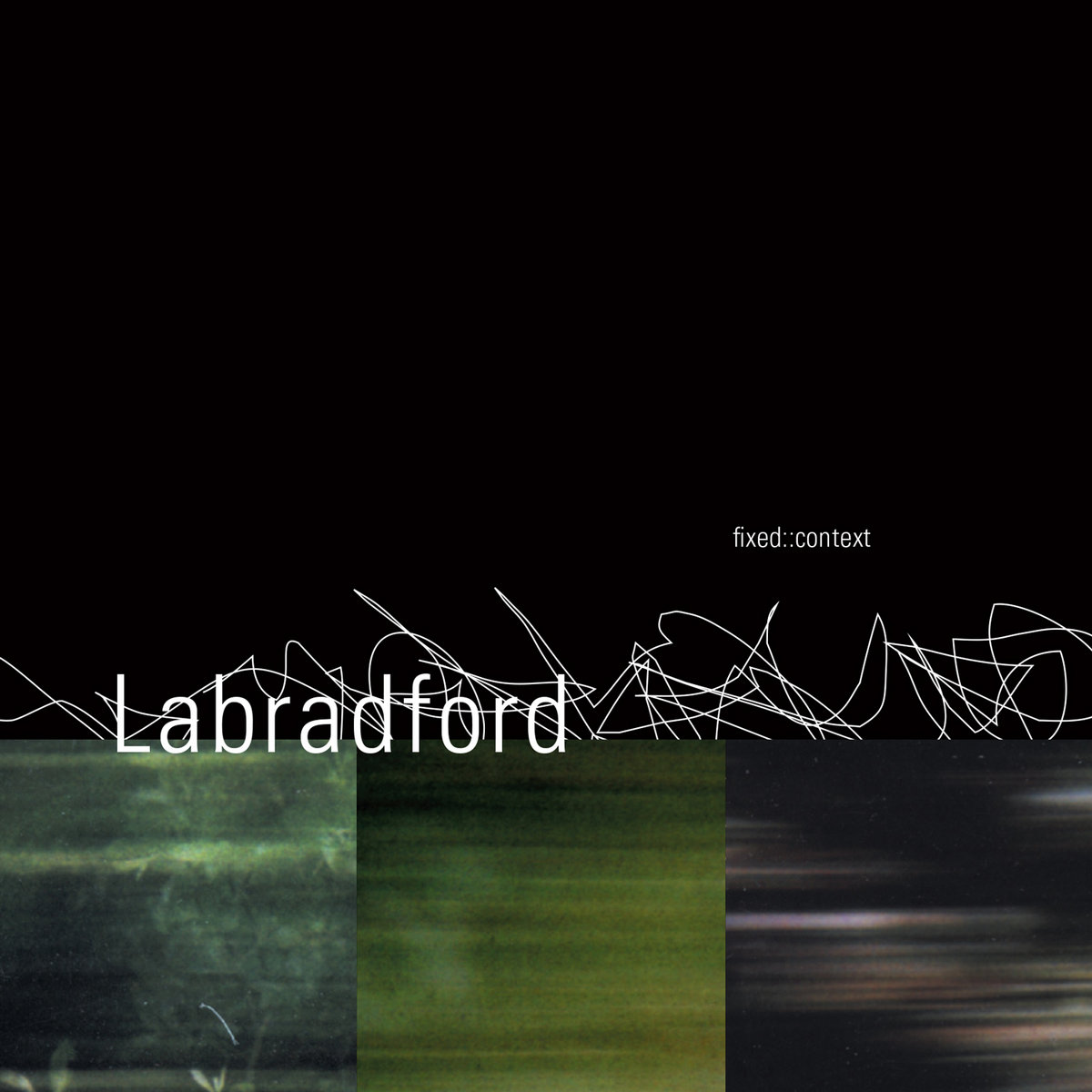 Labradford’s final album fixed::context is one of the great ambient albums inspired by rock, and there’s only one other album that sounds like it: Quiet City, released two years later by guitarist Mark Nelson’s solo project Pan American. These two albums sound nothing like anything else in their respective artists’ catalogs: not like Labradford’s earlier post-rock albums, not like the hissy microhouse experiments that define the Pan American project, not even like Nelson’s attempted return to this sound on an otherwise very good 2019 album called A Son. They sound only like each other, and what a unique and startling sound they share.

Why has Nelson, having hit such a perfect sound, bothered so little with recreating it? And why has it been ripped off so infrequently among ambient artists, despite fixed::context deserving its dignified reputation among ambient-heads? The answer might lie in how difficult it is to pull something like this off. The guitar is a loaded instrument to bring into a genre as dependent on subconscious association as ambient music. Entire genres of rock are defined by the way they use guitars and pedals, so ambient guitarists should take care with their feet lest they be pegged as dream-pop or shoegaze. Use too much twang and listeners might think of Morricone. And it’s tough to shake the dust of the old West off a steel guitar.

Nelson’s playing is… well, the word “tasteful” doesn’t quite do it justice. It’s boring in the confident way of someone who knows it pays to be boring sometimes. He knows that this is not a guitar album and that its true heart lies in its electronics, so he mostly plays individual, long, resonant, unbending notes. His playing is so neutral it becomes a blank slate. My mental image is of a star map, with long lines connecting the pinpricks of light to reveal constellations, but that’s just what I think; the subjectivity is the point. The sound of fixed::context is so strong that it would be a waste to bring a programmatic aspect into this music.

This would be a good ambient album to own on vinyl. Most ambient albums are too long, amorphous, or crudely recorded to benefit from the medium. fixed::context seems tailor-made for it. This is in part because it sounds good (Steve Albini produced) and in part because it’s structured like one of the old prog epics, with the shorter tracks on side two roughly equaling the length of the epic that takes up all of side one.

If fixed::context sounds like nothing else in the ambient canon, so does “Twenty” sound like nothing else on its parent album. What an eerie piece it is, full of mystery and sadness. It crescendos, but not in the facile post-rock way that treats quietness as foreplay. Like Miles Davis’s “He Loved Him Madly,” its build is so subtle it leaves the impression of stagnation. Instruments enter, they fade out, life goes on. It doesn’t feel like an arduous quest but a short tour of a small area that leaves no stone unturned. And the eccentricities Nelson’s guitar eschews are taken up by burbling synth and a subtle stream of organ.

So distinctive is “Twenty” that the three tracks on the second side seem disappointingly white-bread at first. You might wonder what chord progressions more suited for college-rock chestnuts like “I Melt With You” than for ambient music are doing on an album like this. Then, while your brain is busy doing other things, these pieces grow vines and roots and turn into something much wilder and more ancient than Modern English. “Up to Pizmo,” “David,” and “Wien” progress the way sunsets do: you don’t necessarily see them change, but look away for a second and you’re looking back at something totally new.

Listen to what the band does with “David.” It starts as an almost oppressively bland I-IV progression, the kind garage bands bash out in lieu of ideas. Then a sudden change to a minor chord is illuminated by a high, sighing synth that cuts through the fog like a beam from a lighthouse. Eventually Nelson starts strumming on what sounds like the last few chords of a pre-Beatles pop confection, and the song seems to start winding down. But no: he stays on those chords for several more minutes until it’s subsumed by a wall of white noise and the track ends like an ambient track rather than a rock song. (By comparison, the piercing shriek that concludes “Twenty” I could take or leave.)

fixed::context is an album that demands repeat listens. That’s not because you might catch details in the music you wouldn’t the first or second time, but because the more you listen the more obviously challenging its balancing act becomes. You can let these four tracks emerge out of thin air and luxuriate in their cloud of mystery. But like a great magic trick, it only becomes more impressive when you realize what’s going on and how deftly Nelson and his musicians pull it off—so deftly, in fact, that fixed::context still sounds like an island in the history of ambient music, an immaculate example of itself.