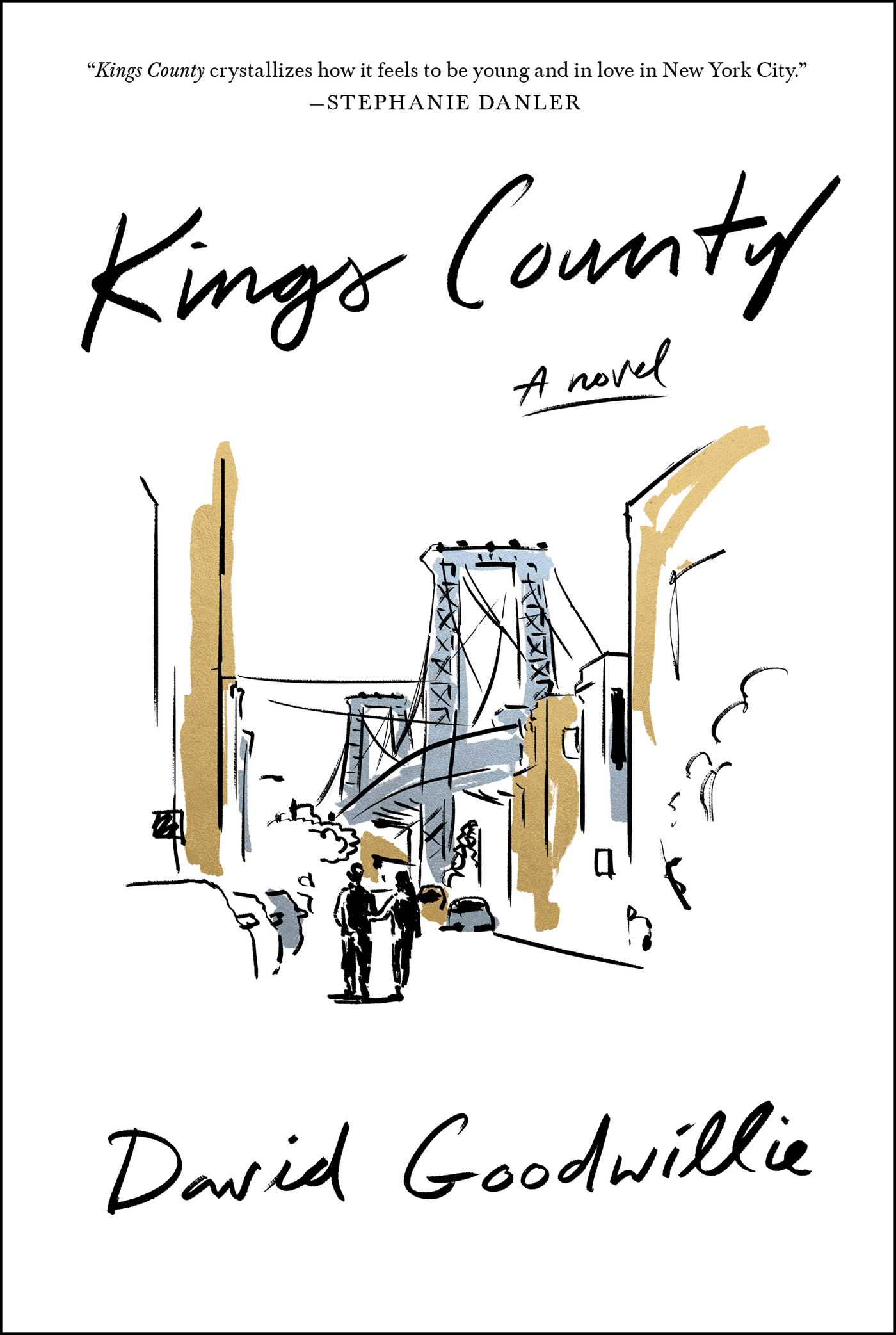 Character backgrounds and reflection drive David Goodwillie’s novel Kings County. The author dives deep into his protagonists’ memories, flashing back and forth to show why the characters are how they are and events happened as they did. Unfortunately, the high volume of recollection bogs down the pace almost to the point that the central conflict might be forgotten aside from sparing mentions early in the book. The story picks up more speed and interest as this mystery unfolds, though in somewhat Hollywood action/romance movie fashion involving sex, assault, stalking, blackmail, confrontation and a happily-ever-after ending. The insightful, sometimes plodding contemplation of parts one and two doesn’t mesh with the cinematic intrigue of the rest of the book.

Kings County follows Audrey and Theo, moving from meager, troubled beginnings to chase their dreams and independence, after they meet and fall in love in New York City and mine their places in a metropolis transforming in the early 21st century. In a blazing, exciting and overwhelming cultural climate, they count on each other through trials and successes. Suddenly, Audrey’s estranged friend goes missing and her and Theo’s apartment broken into, forcing them and their confidantes to confront a dark memory as increasingly dangerous circumstances threaten to tear them apart.

The novel’s 400 pages beg to question not only how much of Audrey and Theo’s backstories pertain to the main plot, but also why Goodwillie set his story during the Occupy Wall Street movement. Rather than exploring its politics and sociology, he zeroes in on its activists’ performative participation and Theo realizing he loves Audrey because she’s comparatively, “unabashedly real.” That and Audrey referencing Hurricane Katrina in her confession about her sordid past and her vanished friend’s involvement come off as an insensitive and gross attempt to attribute historical relevance to an already overcrowded novel that doesn’t require such context.

The author seems convinced that his central couple are the only genuine people in his universe. Audrey’s impulsiveness and scrappy self-sufficiency as an indie music rep and Theo’s bookish, inquisitive nature juxtaposed to being a former jock make them fine enough main characters. Conversely, most everyone else is portrayed as following trends to get what they want and where they want to be, emphasizing Audrey and Theo’s supposed truthfulness to personal character. Sarah and Chris, Audrey’s past co-conspirators, are written as foils rather than distinct supporting players. Their strained coupling being reconciled after helping their partnered friends through the life and death situation that nearly breaks them serves as a forced anecdote that Audrey and Theo’s pure love conquers all. A story starts to feel cloying when nearly every aspect revolves around a choice few characters, and its “favorites” come off grating from a literary lens in spite of otherwise relatable traits.

He doesn’t dig into the deeper reasons into such cultural revolution, but Goodwillie does paint a vivid, early ‘10s New York City seeing its homegrown beauty and offbeat grunge giving way to gentrification and the image-obsessed internet sphere that now monopolizes screens and time. As Audrey recounts her past, he also examines how the too often gendered pain of sexual violence results in helplessness, shame and the fearful, despairing anger of being made to feel paranoid despite trauma, then delves into how the shock of this reality can reverberate to the victim’s associates in self-centered, unadmirable ways.

Kings County captures the Big Apple’s idealistic mystique and penchant for strengthening or swallowing its residents as they soul search their loves, losses and paths to self-actualization. However, it diverts too much into excessive detail and contemplation, and Goodwillie manipulates too much of his narrative’s elements towards putting its protagonists on a pedestal to the point it’s annoying. In all, there are simply too many unneeded incidentals in the book, which largely negates the author’s few successes.

Streetwise contemporary in its verbiage and strong in its messaging, Washington’s novel li…