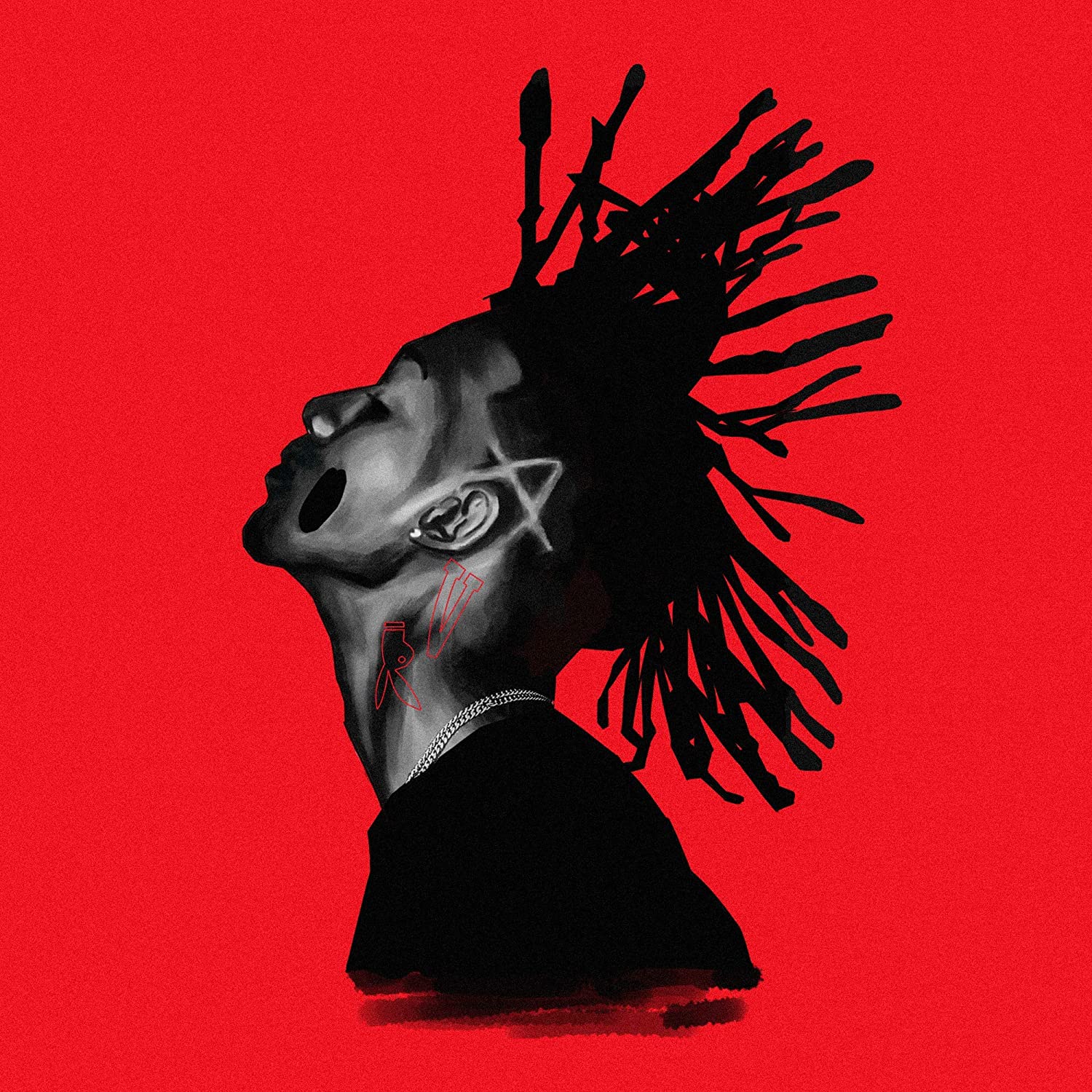 Playboy Carti’s Whole Lotta Red ruthlessly postulates a third option to the binary of style versus substance: the style being the substance. How else would one explain the disregard for what constitutes lyrics, or how to structure a song, or what a chorus is supposed to be, or Carti’s pivot away from the leaked tracks that have been the succulent nectar in the IV of his fans since Die Lit? Here, Carti comes into his own by stepping into the coffin of a vampire, scoffing at every critique tossed towards his vaudeville fangs.

It’s only been two years since the firestorm release of Die Lit, which felt akin to bathing in bubbling Stevia. Carti’s droopy delivery paired with Pi’erre Bourne’s kaleidoscopic beats transposed to a realm orbiting pure pleasure and haze. Die Lit was as much a certification of Carti’s rap canon nihilism as it was Pi’erre’s unmistakable production. Cloud rap stripped of its murkiness and fried into a chocolate bar. Over the past two years Carti has only officially released one single, the non-album “@meh,” glossed into a few guest slots and left trails of tweets consisting of butt-dialed emojis. On the other hand, almost 100 of Carti’s tracks leaked, many of which now appear on Whole Lotta Red and further his cloudy, euphoric brand along with his patented baby voice, a high pitch drool of a vocal timbre. That’s enough content for the next two decades–or three albums, if you sequence like he does.

This should’ve been the blow that careened Carti out of Candyland with the bitter aftertaste of aspartame. Instead, he rose like Dracula from the crypt, with a fixation on violence and a slew of vocal capabilities that render his previous output fecund. He’s finally the highlight of his own show; more exciting than a AAA executive producer, more interesting than any elusive leaks, more commanding than any engulfing production and more engrossing a performer. Around him everything dissolves into a thrash of squawks and hollers and burbles and yelps and occasionally a bar that reminds that Carti is in fact a human being. Carti becomes the rhythm, his voice another layer in the confrontational soundscapes. He’ll contort the cadence, the pitch, the tone, the pronunciation, anything but the refrain itself. Whole Lotta Red is a balancing act wherein no one is sure what direction Carti will take.

In the opening trifecta of songs Carti displays more agility and intentionality than he has across his entire discography. The meaty bass and blown out distortion of “Rockstar Made” belies Carti’s new killer instinct. Carti pounces from syrupy repetitions to breathless refrains but this is a warm up for the unhinged “Stop Breathing.” With hoarse, angry yawps that melt into autotuned falsettos, he sounds like he’s shouting threats in a crowded club. Carti’s rage is directed towards gang members who murdered Carti’s close friend Bigg Sosa, so when he screams, “Ever since my brother died/ I’ve been thinking about homicide,” we know his bloodlust isn’t put on. “Go2DaMoon” brandishes the rare Kanye West verse where Yeezy shows up to the booth and implements every staple from groan-inducing puns to the prolonged bars to turn in his best showing in years.

On Whole Lotta Red’s highlights Carti expresses a vitriolic rage unheard on Die Lit. Whereas before his claims were hazy, they are now crystal clear. That’s how “M3tamorphosis” is Carti’s crowning moment: “When you feel like this/ Can’t nobody tell you shit.” He even repurposes a meme into a flex: “Can’t understand me/ I’m talking hieroglyphics.” He almost completely abandons his baby voice except for when he dilutes it into such a pure concoction it feels like an overdose on “Teen X.” It’s so potent that Future shows up pale doing a Carti impression.

Whole Lotta Red buckles under its bubbling fat when it recedes to the saccharine palette of Die Lit. “King Vamp,” “Place” and “Over” all fail to produce anything new. Carti stumbles over the beat of “Punk Monk” and glosses over the disgruntled bass despite espousing some of his best lines: “I thought I had Pi’erre, but the label tricked me/ They tried to turn me into a white boy, but I’m not Lil Dicky.”

By the end, a new facet emerge: an R&B romantic. Granted, it’s still Carti; his crooning is strained and processed and he’s more puppy dog than masculine mystique on “Control.” He can’t sustain a note long enough on “F33l Like Dying” to sway anyone to tears on technicality alone, but his bumps, warbles and stumbles amount to a delicate image deeper than the one-dimensional Die Lit. “F33l Like Dying” sounds like R&B cascading over trap 808s along with a late-game Bon Iver sample. It’s the most transparent Carti has ever been, as if the title wasn’t blunt enough. He yearns for affection, he struggles to cope with Bigg Sosa’s passing, he’s in a place of recovery. That the track concludes the album is proof that Carti is cognizant of his perceived identity and its distance from Jordan Carter. His willingness to drop the curtain and be fully present with the listener grants Whole Lotta Red a beating, bloody pulse.