February 25, 2021
Home Music The Suitcase Junket: The End Is New 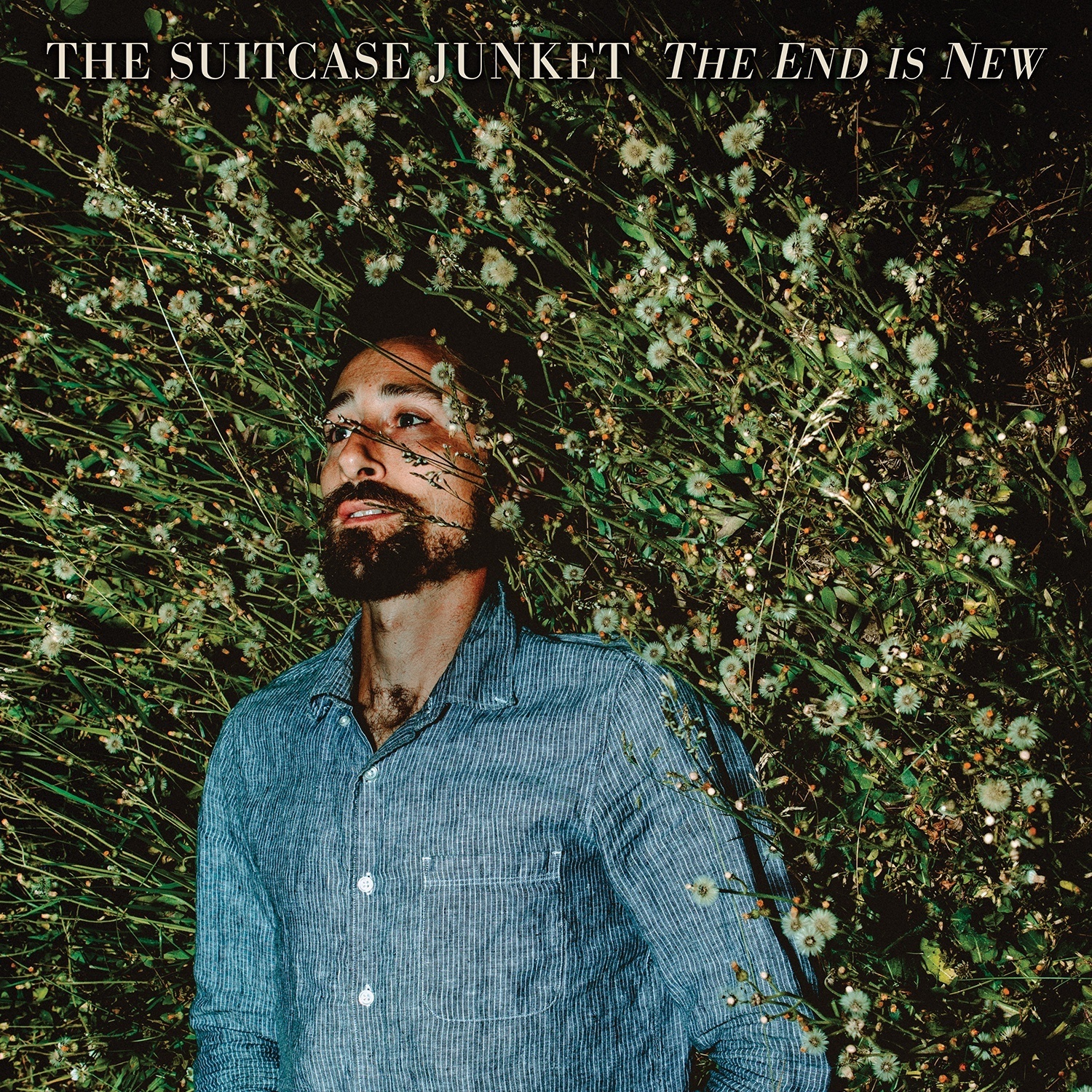 Performing as the Suitcase Junket, Matt Lorenz has garnered attention for his strangeness. He’s a one-man band. He plays found or frankensteined instruments. He incorporates throat singing. These aspects of his art make Lorenz a unique bio, but his focus on details and his powerful vocals have done more to make him worth listening to. Honing broad Americana sounds toward a swampy blues and rock sound gives him a steady platform to get weird from, offering surprising twists without losing a centering impulse. Latest album The End Is New was written before but recorded during quarantine times, and rather than turning his sound more inward or isolated, he expanded it to something fuller.

That sound, even when it sounds like a full Southern rock band has fit into the studio, never strays far from the “doom-folk” Lorenz set out to write. The album opens with a half-minute of guitar buzz before kicking into the first proper track, “Black Holes and Overdoses.” Lorenz rocks up the North Mississippi Hill Country for the cut, letting the doom precede the folk (as is typically the case throughout the album). The song specifically deals with our damaging obsession with the news, but it feels like a more personal spiral. We aren’t just watching decay as we succumb to our fatigue; we also find ourselves passing our own destructive event horizons.

The turmoil persists. “And Then There Was Fire” uses an actual wildfire to think about the world burning down around us. “Can’t Look Away” considers the effects of climate change as “just another human disaster” you have to gape at. Lorenz doesn’t focus on the political devastation many of us in the US might be feeling. Instead, he finds the cultural and social dimensions that lead to crises. The world seems willing to kill us, but we’ve done it to ourselves. “We saw it coming, but kept on humming,” sings Lorenz as he thinks about the effects of climate change on the future. There’s a human loss we’ll have to face, but there’s also the personal alienation we’ll create between us and the next generation or two.

An album filled with despair only goes so far, and Lorenz has some lighter moments. “Jesus! King of the Dinosaurs” offers some comedy while shaking out some classic rock. “Breathe Forever” could be a radio hit, with Lorenz singing, even in the midst of everything else he considers, “I don’t mind dying/ But I think I’d really like to/ Breathe forever, breathe forever.” Despite the flame-engulfed world, Lorenz maintains energy and joy.

“Light a Candle,” a Suitcase Junket highlight, brings everything down. Lorenz sings a ballad to someone lost (in an unknown sense) while J Mascis plays an incredible lead guitar line. The song’s passion and despair grow through Lorenz’s smart songwriting, full of alliteration, shifting rhyme patterns and unexpected images. “Once we felt as clear and calm as common chorus on a hymn,” he sings, trying to use art and synesthesia to overcome his post-loss anhedonia. The lyrics fall deep into the depression while the music conveys both the innate hurt and the possibility of transcendence.

The End Is New brings together an intense perspective on life with a certain liberation. Lorenz’s continued creativity allows him to move from isolation to connection or from despair to pleasure in a few coherent steps. Delivered in a sound that circles around tradition while never settling comfortably, the music fits the album’s fluid tone, all packed carefully but not too neatly and ready to go.