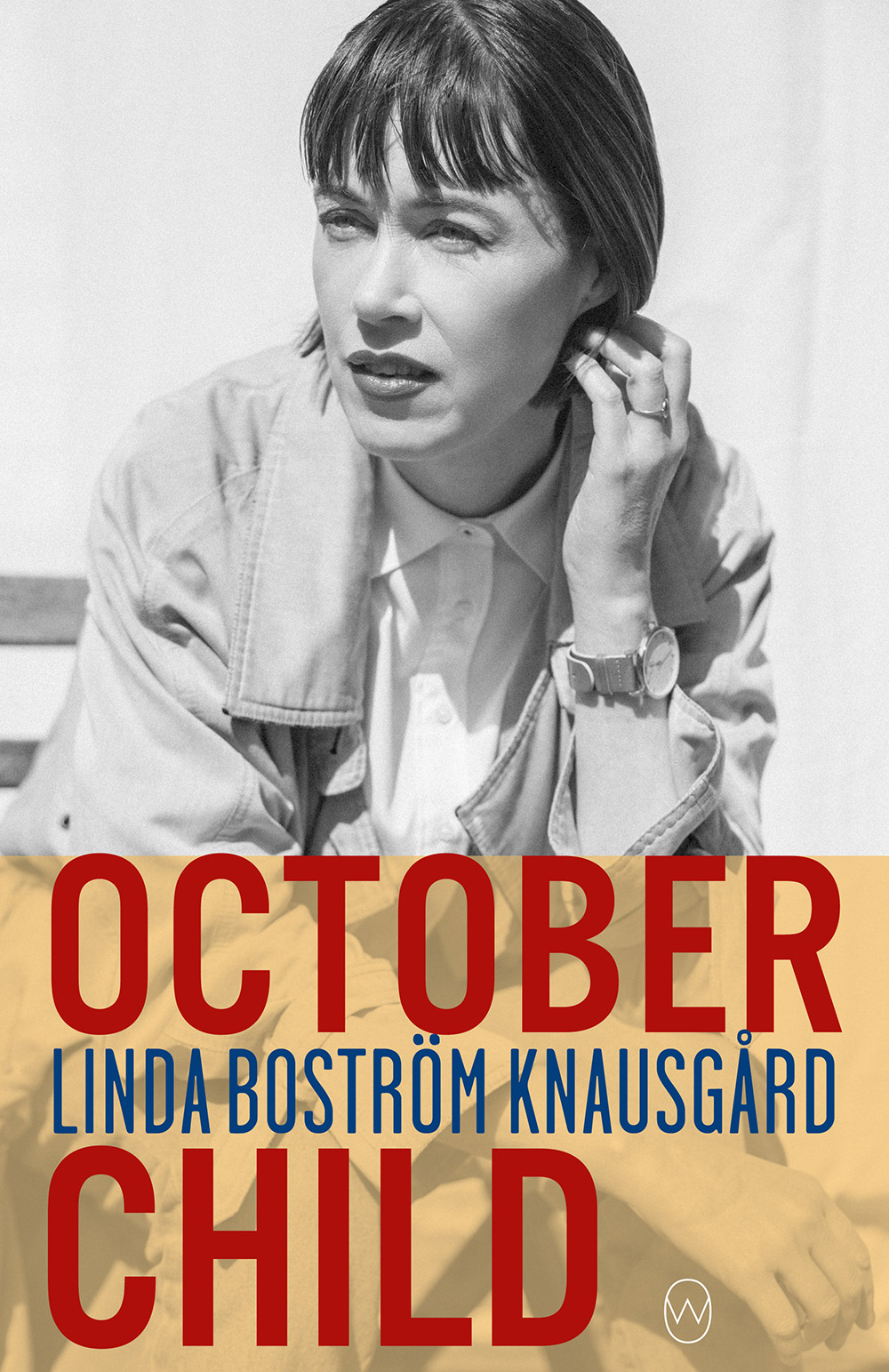 October Child is the memoir of Linda Boström Knausgård, former wife of celebrated Norwegian novelist Karl Ove Knausgård. The book’s narrative begins in medias res, as Boström Knausgård begins to gather her scattered memories of the psychiatric ward where she received electroconvulsive therapy (ECT). Karl Ove wrote about his then-wife’s institutionalization in his six-book autobiographical novel, My Struggle. While very popular and generally well received, My Struggle was critiqued for its revelations about and depictions of the people closest to him, including Boström Knausgård. Her book, however, is far from being a response to his. She writes about the joys of their early years together as well as the disruption of their marriage, but only in the context of her own, larger story.

Central to that story is her diagnosis as bipolar, eventually leading to her institutionalization and electroconvulsive therapy. ECT has no side effects, the experts say. None but memory loss, which the doctors think of as insignificant, and in some cases, maybe even beneficial. Boström Knausgård details how losing her memories also means losing her sense of self: who is she? What has she done? How has she lived a life? As those memories appear in her mind, in scattered bits, she grieves the life she has lost because of the treatment. She wonders if she would have lost even more without it.

The ethics of electroconvulsive therapy are constantly present as Boström Knausgård considers the impact of the therapy on herself and others. She notes that electroconvulsive therapy was first used in 1938, when a physician observed its calming effect on pigs in a slaughterhouse. The treatment was then used on what she calls “the weakest humans,” the patients debilitated by their psyches and unable to refuse the assertion that it would be helpful. Memory loss, apparently, was an unanticipated side effect. Boström Knausgård says she was not informed of the possibility when she began treatment at the facility that she refers to as “the factory.”

Her observations about the inner workings of memory are fascinating. Research with Alzheimer’s patients shows that as dementia advances, long-term memory seems not to be significantly affected, but short-term memory is difficult to retain. Since there is little research in the effects of ECT on memory, Boström Knausgård is left to contemplate her own circumstances and considers the similarities with Alzheimer’s patients. She easily recalls painful childhood memories, of being humiliated or embarrassed, of her mother ending the relationship with the man Boström Knausgård hoped would become her stepfather. Thinking of her childhood memories, she wonders how her own children will remember her. Regretfully, she expects they will remember her as a mother who could unexpectedly disappear.

October Child focuses significantly on family, as Boström Knausgård recalls her roles as daughter, wife and mother, seeing her commitments to those relationships from both sides. In some sections she directly addresses Karl Ove Knausgård, trying to decipher how their relationship fell apart. In other sections, she addresses her father and details the difficulties brought on by his abusive behavior. In piecing together the memories of her childhood, Boström Knausgård also sorts out the pieces of her anxiety and depression, although filling in the path from those incidents to being committed to the psychiatric ward remains somewhat baffling for her. This reconstruction is central to October Child’s narrative.

Despite writing about her mental health and the difficulties of reestablishing her memory,
Boström Knausgård is a reliable narrator. She offers an introspective voice that is seldom hypercritical or self-pitying. At times, she recalls difficult scenes involving her ex-husband, her parents or the aides and doctors at the institution, yet it is clear that she does so on a path toward understanding, rather than as a malicious act of recollection. In the end, the reader is left hopeful that Boström Knausgård can find her way back to being the person she has intended to be.

What Becomes a Legend Most: by Philip Gefter