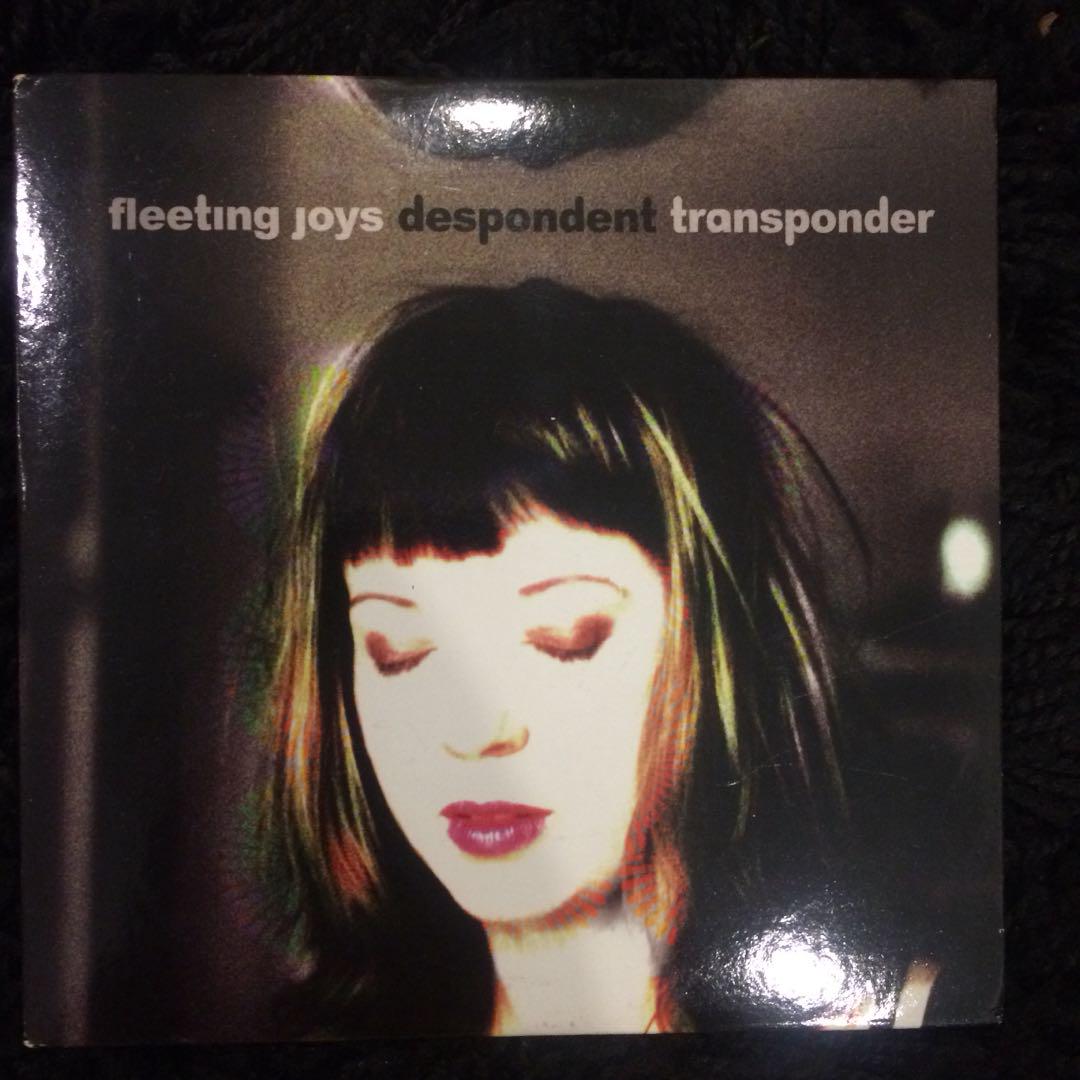 Shoegaze bands are so often doomed from the moment they start playing. It’s a genre whose signifiers are so easy to spot that trying to break out of it is next to impossible, but more frustratingly, every shoegaze band has a long shadow cast over them by the genre’s most essential texts. Any band working today with a set of stomp boxes and whispered vocals will inevitably be compared, unfavorably, to the likes of My Bloody Valentine or Slowdive or any of the other totems of the genre. However, rather than try to dodge those comparisons, Fleeting Joys seemed to welcome them with open arms when they released their debut album Despondent Transponder in 2006. The album’s sonic debts to MBV’s Loveless are evident, but it comes less out of a desire to create a pastiche than out of a willingness to explore the untapped potential of the sounds Kevin Shields pioneered years prior.

Despondent Transponder opens with familiar sounds right out the gate; the swirls of glide guitar and looping synths of “The Breakup” ably re-create that sonic miasma that eventually became the Platonic ideal of shoegaze to some. Crucially, though, there’s an actual song underneath the noise; “The Breakup” has room for several hooks over the course of its five-minute runtime, and it’s warm and inviting in multiple ways. It lays an outline for what else the band end up doing over the course of Despondent Transponder, and it’s an encapsulation of what makes Fleeting Joys stand out so much beyond their shoegazing peers. They strike a near-perfect balance between noisy atmospherics and songwriting craft; they never stray too far towards airy, insubstantial dream-pop or guitar squall done for its own sake. The weight of the layered guitar tones and textures is evident throughout, but enough room is left to allow the songs to breathe and stand on their own as something other than mood pieces. And it’s the songs that make Despondent Transponder into what it is.

Each song on the album has such palpable emotions behind it that become self-evident even with the whispered vocals that are such a hallmark of shoegaze at this point. There’s a sense of happiness and freedom to “The Breakup” that suggests that its title isn’t the tragic event that it seems to be, but rather something liberating. Later on, “Go and Come Back” lets sadness come to the surface with a guitar hook and a vocal performance from Rorika Loring that are truly heart-wrenching when placed together. When words come to the surface on the driving, uptempo “Satellite,” they imbue the song with a sense of yearning on its chorus: “Do you care what I’m doing?/ Do you care to find out where I’ve gone?” Each of these songs is a tightly-constructed sonic ecosystem, as well; at 36 minutes, there’s little room for indulgence on the album. When something seemingly extraneous does arrive in the form of the penultimate instrumental track “Young Girls’ Fangs,” it still functions well as a coda to the explorations of feelings and sounds that came before it.

However, that question of originality inevitably comes up when talking about Despondent Transponder, and it’s one that needs to be addressed. Anyone familiar with shoegaze will hear the heavy debts that the band owes to My Bloody Valentine, and cries of “copycat!” were and continue to be inevitable. However, when we’re talking about Loveless, we’re not talking about an album of airy, atmospheric dream pop; we’re talking about an album that created a wholly original sound that dozens of people tried to imitate for decades after, a sound that opened so many possibilities not explored by its creator. What Fleeting Joys do here, perhaps better than anyone aside from Kevin Shields himself, is take that baton and run with it. Despondent Transponder isn’t an imitation of Loveless; rather, it uses Loveless as a jumping off point to see how this new way of playing and recording guitar textures could be streamlined into something more song-focused. Even in terms of imitation, no band has ever come close to creating the sort of beautiful sonic chaos of MBV in the way that Fleeting Joys do on this album. If that was all there was to Despondent Transponder, it would be a worthwhile curiosity. However, the strength of its songs and the inventiveness of its textures and ideas make it a must-listen worth rediscovering for a new generation of shoegaze listeners.