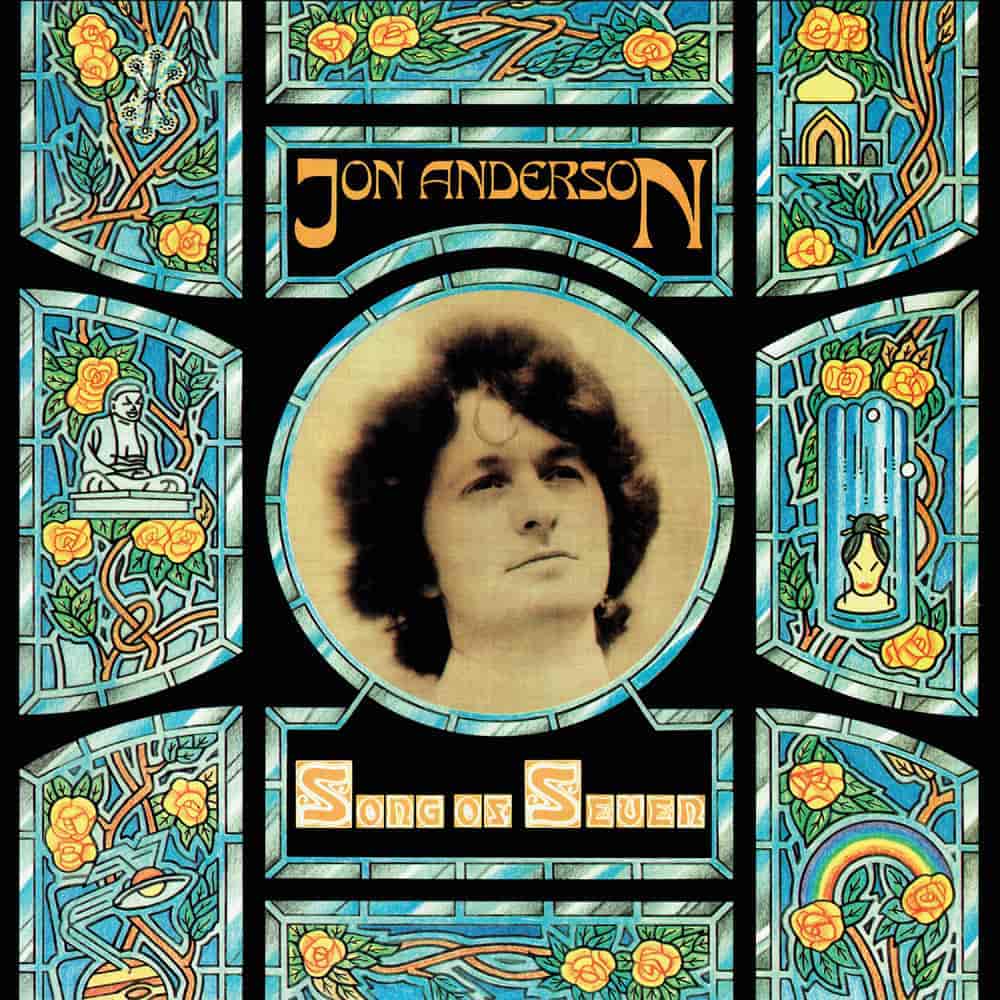 Sometimes it’s best to leave the good old days behind. such is the case with Jon Anderson’s second solo album, Song of Seven. Forty years beyond its sell-by date, the reissued album, originally released in 1980, often sounds incredibly dated and dreary, despite the fact that the Yes-man had assembled a notable supporting cast including drummer and percussionist Morris Pert, Alan Parsons Project guitarist Ian Bairson, ex-Humble Pie guitarist Clem Clempson and keyboardist Ronnie Leahy. Even Jack Bruce lends his bass to one track. Despite all that firepower things never seem to gel. It’s an album in search of direction, and with no firm producer in charge it suffers from Anderson’s unsteady hand.

Taking bits and pieces of tunes that had been deemed unsuitable for Yes after the disaster that was Tormato, Anderson started piecing together the songs that would end up on Song of Seven. Problems arise almost immediately with opener “For You, For Me,” which suffers from a lyric that just doesn’t scan properly: there are measures where Anderson almost seems to be running out of breath trying to fit in all the words. “Some Are Born” has more of the qualities that made Yes at their best. The sax solo by Dick Morrissey has a tasty tone and fits in ways that Johnny Dankworth’s contribution to “Don’t Forget (Nostalgia)” never does. His contribution sticks out on a track that best could be described as filler. It opens slowly and fails to build up any steam, and Anderson’s lyrics seem pedestrian at best.

Perhaps even worse is “Heart of the Matter,” a doo-wop number that’s not supposed to plod yet seems destined to collapse under the weight of expectations unfulfilled. This is another one of those points where a firm producer would have been able to say, “Ahh Jon, this one seems to be trying too hard. I’m afraid there’s really nothing working. Perhaps it’s time to move on.” Even the addition of Jack Bruce can’t save this from the rubbish bin.

From a man who created some of the most incredible, yet unintelligible lyrics of all time, listening to him sing, “Everybody loves you/ But I just love you a little bit more,” from “Everybody Loves You” is incredibly disheartening. John Giblin’s bass on “Take Your Time” starts bringing Anderson back to the sorts of things one expected from the former-future-and-once-again-former Yes vocalist. The tunes that follow start taking listeners on unexpected pathways culminating in “Song of Seven.” Clocking in at 11:20, this is the moment when you realize the majesty that is Jon Anderson, still on display even if it’s been hard to find until now. It’s no surprise this track wasn’t popular with the rest of Yes; they were attempting to find their way in a world where radio no longer had any place for lengthy tracks from prog legends.

Bonus tracks include the US edits of “Some are Born” and “Heart of the Matter,” which add nothing to the originals. You really have to be an absolute completist to find any need for either, and all they do is destroy the already tenuous mood.

While Song of Seven is not an unmitigated disaster, there are more than enough failures to make it a serious misstep. Rereleased hot on the heels of the more triumphant 2019 solo effort 1000 Hands, this particular vintage of Jon Anderson rates a no.