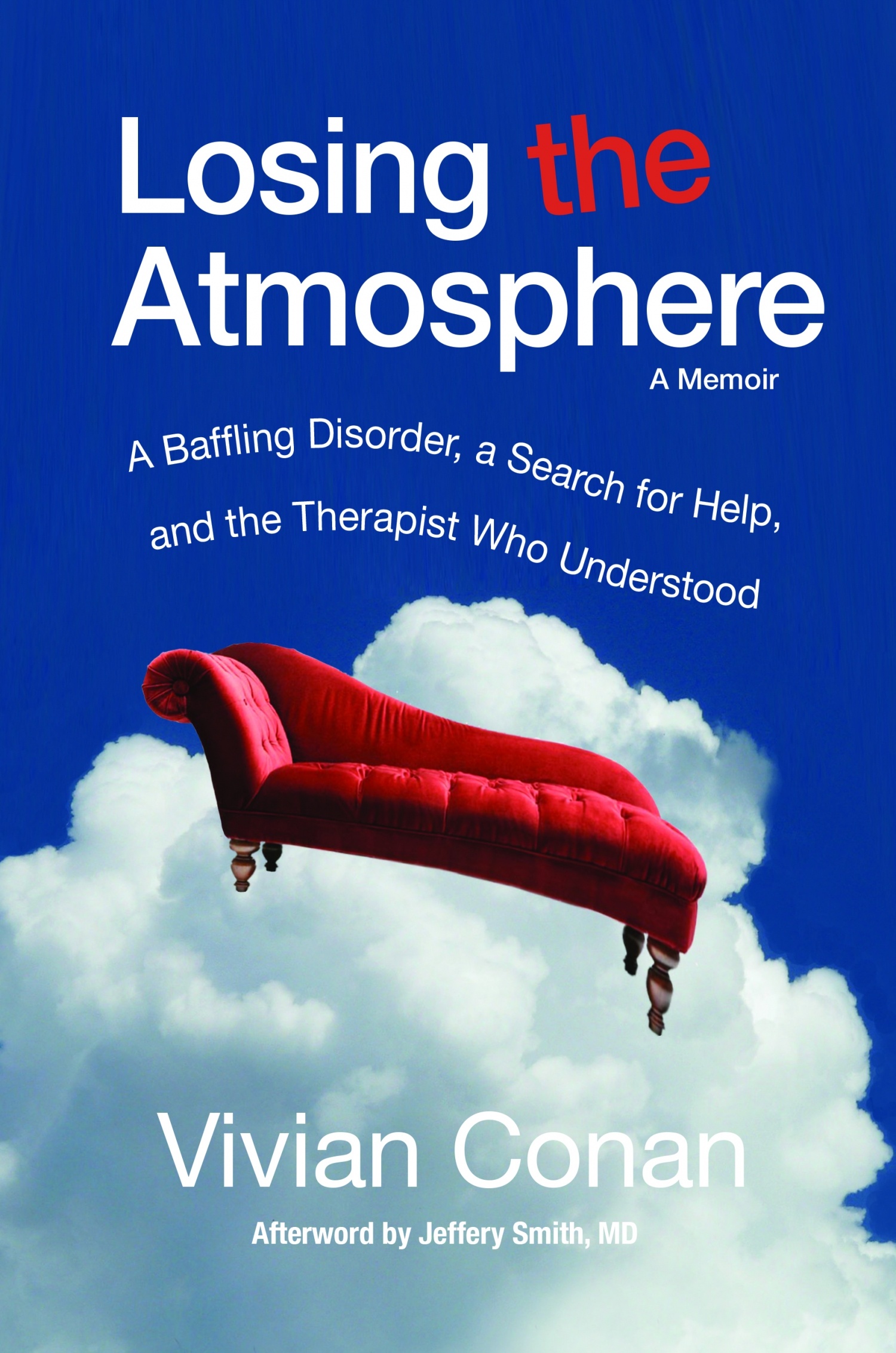 Despite the broader society’s refusal to accept mental health as a major issue sorely in need of addressing, the mental health memoir has become something of a thriving genre unto itself. Each month seems to bring a new spate of books from those suffering from mental illness or having cared for someone whose life was cut short due to the cultural taboo that still somehow surrounds an issue affecting far more individuals than we will likely ever know. Each story is unique in its own right and deserves to be heard in order to gain a better understanding of the overarching narrative that is our society’s unspoken struggles with mental health, but some ultimately prove to be more engaging and, in essence, more befitting the book treatment.

Add to that ever-increasing number Vivian Conan’s Losing the Atmosphere. An exhaustive autobiographical examination, much of the early part of Atmosphere reads like your great aunt’s unpublished memoirs – heavy on familial history, scene-setting minutiae and a voice that more often than not feels ramblingly conversational. But it’s this approach that helps make Atmosphere so immediately accessible and Conan’s otherwise unbelievable story that much easier to accept on its own terms. Chronicling her early years, Conan relives countless emotional and verbal abuses at the hands of her intellectual parents – her mother, a teacher; her father, a frustrated postal worker – alongside her musically gifted younger brother in 1940s Brooklyn.

As a parent, you’re always concerned (or at least should be) with how what you say and do might ultimately affect your child and their future outcome. Conan’s parents displayed no concern whatsoever, clearly setting up their daughter for extreme emotional, mental and psychological damage. In order to cope with her increasingly inhospitable real world existence, Conan slowly began slipping into a world that existed solely within the confines of her own mind, often literally reflected in her mirror. Dubbed “the Atmosphere,” it was here that she could be the person she wanted, living the life she dreamed of and escape the harsh realities of life with her overbearing and abusive parents, while also conversing and interacting at length with individuals who were not there.

So fully engaged with the Atmosphere was Conan that, by the time she reached adulthood, her fantasy world had effectively stunted her social, emotional and personal growth, making life a living hell once more. In the Atmosphere, she had concocted a whole other life in which she was treated accordingly by doctors at special hospitals and met individuals who would become some of her best and closest friends. By college, she was forced to seek professional help in hopes of make some sort of progress, despite some sense of personal satisfaction gleaned through working as a librarian (a career title she still holds to this day).

By this time – roughly the mid-‘60s – Losing the Atmosphere shifts focus into Conan’s attempts to, as the title would imply, make her way out of her head and back into the real world. Following a series of misdiagnoses, medications, hospitalizations, suicidal ideation and related other struggles, Conan managed to eventually find a way out through a therapist willing to take the time necessary to fully address each and every one of Conan’s disorders (namely the trauma she experienced in her formative years and the dissociative identity disorder that quickly followed suit) and, ultimately, help lead her back into the real world and to regain some semblance of the life she for so long lacked. As with her dependance on the Atmosphere, however, Conan soon found her therapist having taken on a similar role that then needed to be tended to as well.

At nearly 500 pages, Losing the Atmosphere helps better illustrate how one’s struggles with mental illness are never as easy as “finding a cure” or talking things out. Rather it is a long, arduous, often circuitous path to understanding and personal growth that just might one day lead to a sense of stability, mentally, emotionally and otherwise. Vivian Conan should be commended for taking such an unflinching look at her own difficult journey and the myriad factors leading to the mental complications that would haunt the entirety of her life.