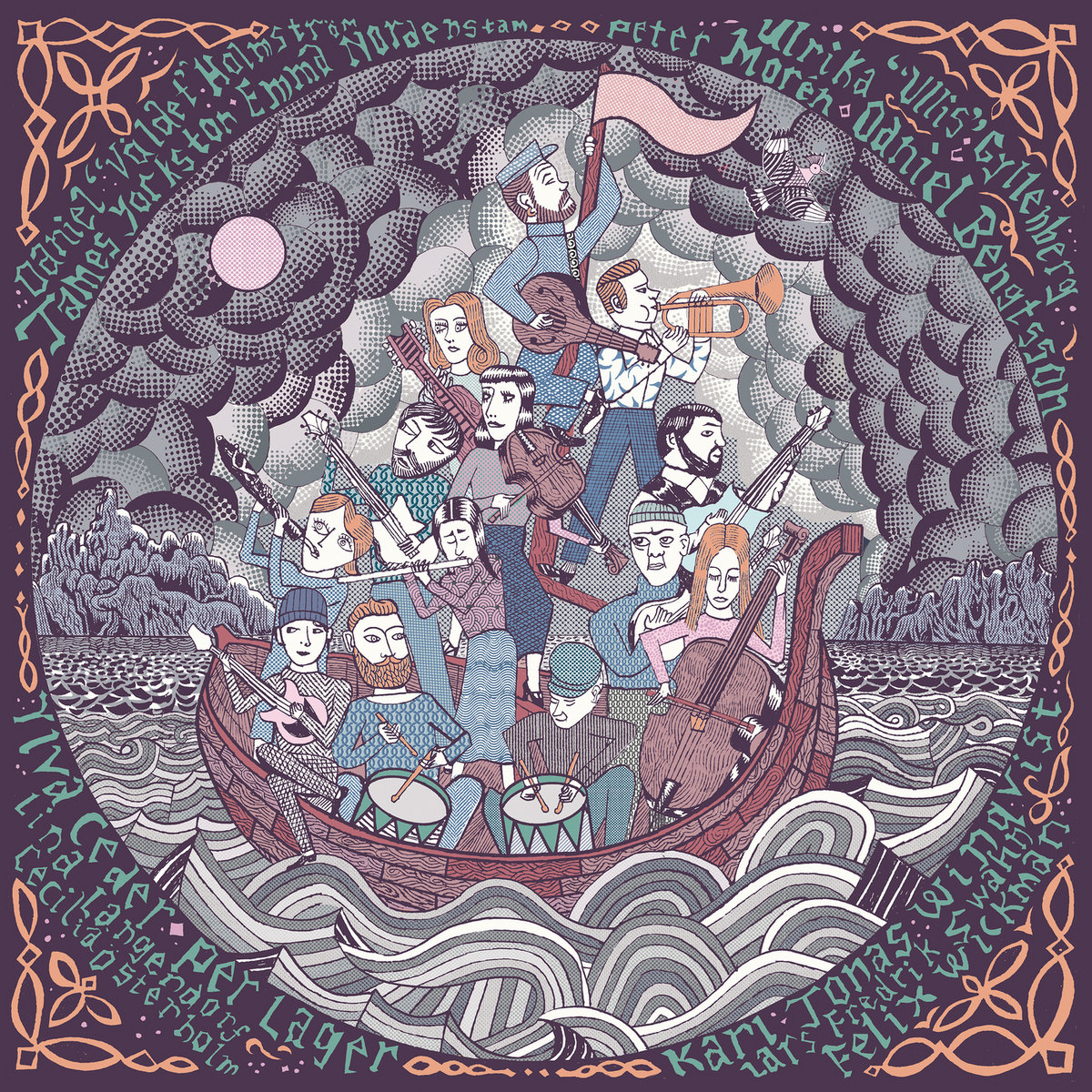 The idea of putting together a group of musicians who’ve barely – if ever – met and coming up with an album’s worth of material in a very short period of time can be equally exhilarating and nerve-wracking. On the one hand, you have the benefit of potentially capturing the raw creative process wherein the initial energy and spark remains wholly intact, not yet having been glossed over in favor of a more polished final product. But this can also lead to calamitous results wherein the whole of the proceedings fly wildly off the rails, the creative spark resulting in a catastrophic fire that is often best left on the cutting room floor.

Such was the premise for Scottish troubadour James Yorkston’s latest release, The Wide, Wide River, a collaborative effort with Swedish music producer Karl-Jonas Winqvist’s Second Hand Orchestra. While Yorkston and Winqvist had something of an established friendship, none of the other musicians had ever worked with Yorkston prior to the three days spent writing and recording the album. This freewheeling, heavily improvisatory approach to putting together an album is common within certain genres (namely jazz and more avant garde circles), but less so in a more traditionally pop-oriented context.

Working with a rather sparse set of lyrics dealing with themes of loss and the inevitable aging process, The Wide, Wide River relies more on an overall feel than that of a traditionally structured album. Here the musicians are literally learning to play with one another and feeling the songs out in real time, the results captured and presented with a sort of reckless abandon that often borders on thrilling. “To Soothe Her Wee Bit Sorrows” is an extended jam over spartan, repetitive chord progression that allows the collective to, in essence, feel each other out, allowing the performance to expand and contract organically. The end result is far more freewheeling and improvisatory than some of the more structured compositions that surround it.

“Struggle” is one of the more traditionally-structured songs, sounding far more thought out and composed while still maintaining the looser sensibility inherent throughout. The overlapping vocal harmonies on the song’s chorus produce a gorgeous, almost ethereal quality that is underscored by the swirling, hypnotic instrumentation built around a propulsive bass line, jangly electric guitar and a driving string arrangement. Despite the scant few chords upon which the track is constructed, the densely layered instruments help make the end result sound far more complex and hypnotic that it has any right to be. The use of fairly simple chord progressions helps to free up the musicians for the more rigorous structuring of more complex compositions, resulting in a more open-ended finished product with plenty of space for each instrumentalist to explore both their instruments, the framework of the song itself and their prospective roles therein.

The nearly-seven-minute “There Is No Upside” sounds like a ramshackle bit of early Belle & Sebastian, dominated by Yorkston’s driving acoustic and, most notably, Ulrika Gyllenberg’s keening fiddle soloing throughout. There’s such a strong push-pull in the tempo that it often feels as though the entire production is in danger of rolling headlong off the rails, a thrilling prospect for music that quite literally flies by the seat of its collective pants. Having come together, met and recorded the album in all of three days, there’s a manic, inspired energy present throughout that highlights the newness of the music for all parties involved. Had the album been well-rehearsed for an extended period of time prior to recording, the rougher edges would’ve no doubt been lost and, in the process, much of the album’s overall appeal would not have translated as it does here. In other words, “There Is No Upside” is most effective in its current form, feeling like a first take or rough rehearsal that retains a frenetic urgency throughout, Yorkston’s vocal performance almost conversational and improvisatory with several audible instances of his backing away from the mic as if unsure what the next words should be.

Similarly, “A Droplet Falls” expands in rings of sound and ideas that build off a basic chord progression, the instrumentalists sounding as though they are waiting for Yorkston’s next move to respond in kind. This allows the track to build far more organically, as though there were a series of collective musical inhalations and exhalations taking place within the studio as the song expands and contracts in both tempo and volume, building to something simultaneously wildly exhilarating and emotionally fragile before gradually fading into nothingness. It’s essentially the aesthetic arc and approach applied to the whole of the album, making The Wide, Wide River an intriguing listen throughout, the songs often sounding as though they are literally taking shape as the record button is pushed. “Are we recording?” Yorkston asks at the start of “There Is No Upside,” as if ensuring what is about to follow is captured for posterity, regardless of the quality of the results.

Thankfully, it appears that they were in fact rolling throughout the whole of the three days spent recording The Wide, Wide River, resulting in a highly enjoyable listen that sheds light not only on the creative process, but on just how effective certain pairings of like-minded musicians can be. Yorkston (and company) offers up another fine installment in what has proven to be a highly inventive and engaging recording career from a singular talent.