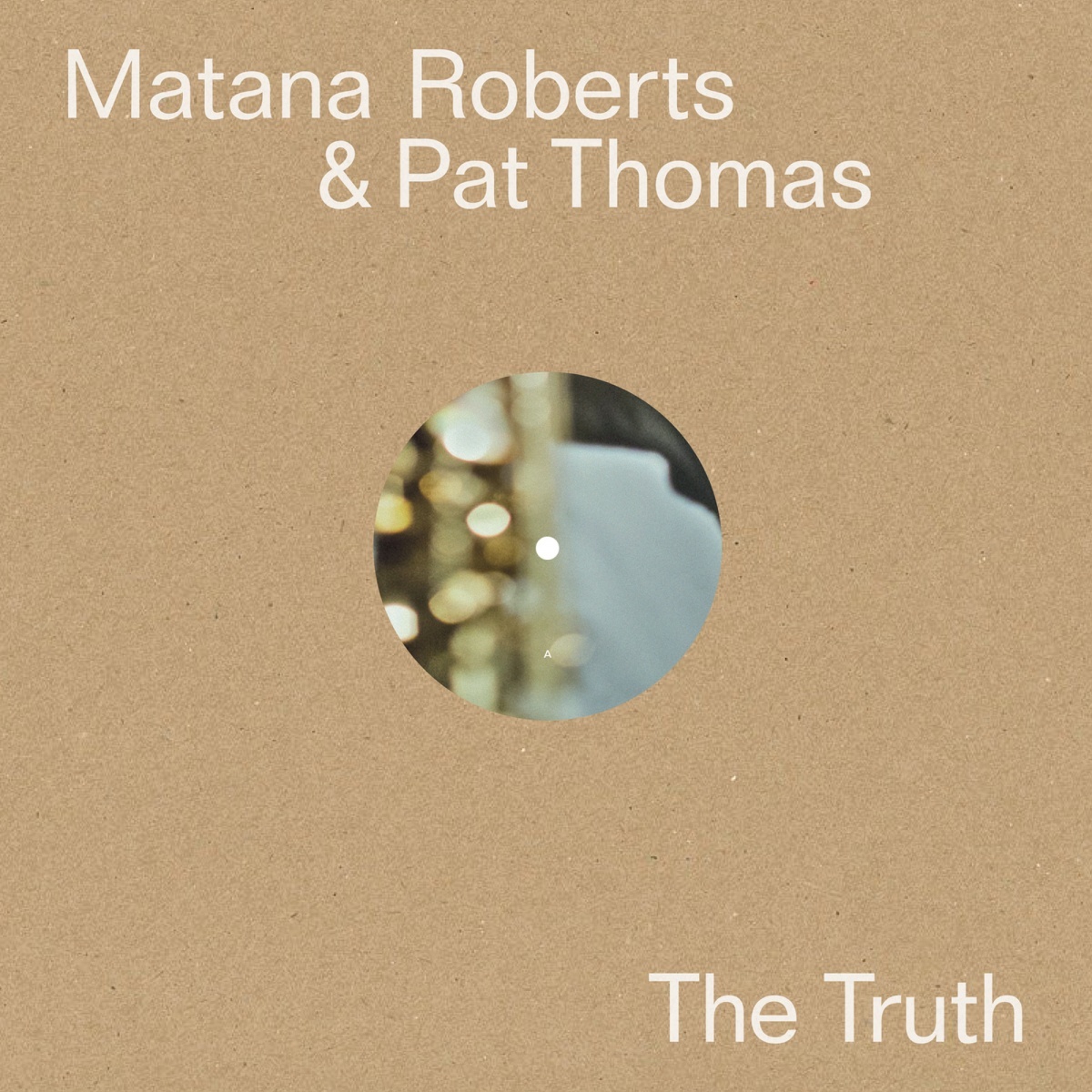 Separately, Matana Roberts and Pat Thomas are two modern luminaries of experimental jazz, masters of a range of styles that allow them to traverse the genre’s rich and stylistically varied history, as well as the African-American history embedded within it. From standards to avant-garde noise, they’ve covered the gamut, making them ideal dance partners for a duet. The Truth, a 37-minute composition that dives through various twists and turns, is the result of their meeting, and the two gel so well that the album could easily be pitched as a concise summary of either artist’s career.

Anything but linear, The Truth nonetheless follows a clear evolutionary logic. At first, the suite is arranged in blues-based scales and a retro lounge vibe, all smoke and louche phrasing. Roberts’ saxophone floats over simple, relaxing phrases from Thomas. Yet even before the first, seven-minute part is up, the tension starts to mount. Roberts gradually adds sheets of sound to increasingly complex runs as Thomas’ chords start to jump further apart, culminating in both of them suddenly bursting into frenzies of free jazz. This bridges into the brief “Pt. 2,” in which Thomas starts to play the piano as if it owed him money and the fluidity of Roberts’s sax breaks down into atonal wails. In less than a minute, the two build to such a clatter that when they cut off to lead to the next section, they can’t help but heave an anxious chuckle.

The remaining 27 minutes of the composition is split among the final two parts, in which the aggressiveness of “Pt. 2” is used as a launchpad for the pair to test the tensile strength of their chemistry. If the first two parts showed a steady escalation of noise and energy, the final two complicate that trajectory. “Pt. 3” explodes out of the gate with ferocious, atonal chord patterns from Thomas that slam around the pockets left by Roberts’ darting and pausing runs. More than once, however, they pull back and reset, either settling back into more recognizable scales or simply fading out altogether and replacing their caterwauling with quiet passages in which Roberts plays breathily and Thomas appears to give up the keys and go after the piano strings themselves, scraping them for metallic hisses. Effectively switching to percussion, Thomas begins to hammer the strings in rhythmic repetitions as Roberts plays like she’s trying not to wake someone in the next room. No less experimental than the gales of sound that preceded it, this segment shows just how elastic the pair’s unorthodoxy can be.

The final, longest part eases back in with delicate but fully phrased lines from Roberts and call-and-response chords from Thomas. Roberts builds up a head of steam as Thomas remains rooted in his percolating responses, only speeding up to keep in time with her lead until he shifts to a rolling chord pattern that creates a seismically rumbling floor under Roberts. Halfway through, Thomas starts to direct as Roberts chimes after him with a buzzing, insectoid quality while he dances over the keyboard. This jovial tone defines the long outro of the piece, reorienting its freneticism around a playfulness that casts all of the occasional shouts between players with a kiddish, encouraging energy.

That jocularity prevents The Truth from feeling like either an intellectual exercise or a competition between two top-tier talents. With its singular, ever-shifting composition, the album could have come across as an attempt to match other seminal LP-length jazz classics, but there’s never any sense that Roberts and Thomas are attempting to enter the canon, merely to do what jazz has always done: let one person leap out ahead to watch the other chart their own path to meet them. An album this chaotic has no business feeling as calming and whimsical at it does, but in its own way the record has the same relaxed sense that normally defines a collection of standards. With both artists constantly advancing ambitious projects in their own time, it’s rewarding to hear them at ease yet still capable of making great, compelling art as if doing so just to fill the time.