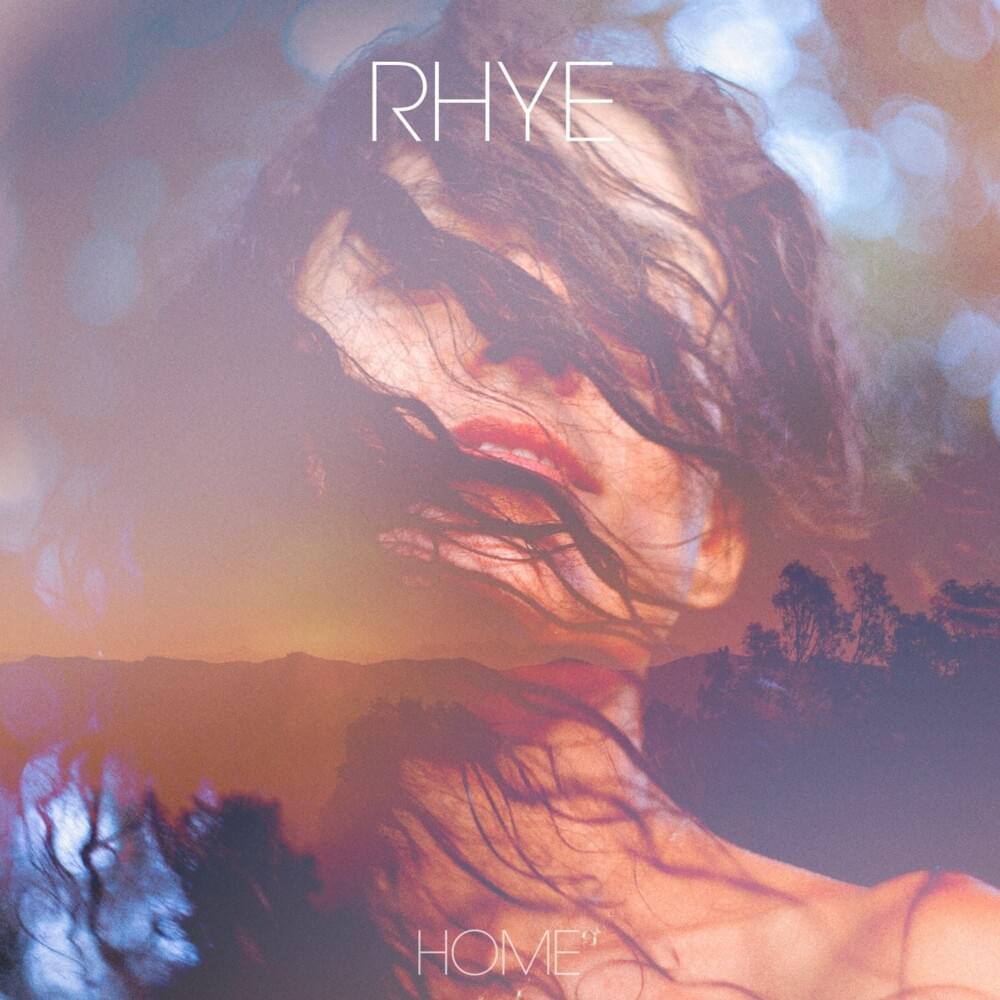 For about a decade, Canadian R&B aesthete Rhye – once a duo, now just Mike Milosh and a stable of hired musicians – has been the best case scenario for style over substance. Milosh’s sultry, androgynous Sade-lite voice slunk into people’s ears and bedrooms with the 2013 debut Woman, but on his own, he’s done remarkably little to expand on what he and former bandmate Robin Hannibal originally built. That’s fine, though: what they built was ultra-slick R&B grooves made for intimate connections – who needs artistic development when you could just corner the market on good ol’ fashioned babymakin’ music? So it’s a shame that Home, Milosh’s newest collection of songs under the Rhye banner, doesn’t assuage concerns that he’s painted himself into an artistic corner.

The album feels like a step back from 2018’s Blood, on which he was able to expand on everything that had worked before. Then came the nine-song Spirit in 2019, which seemed like an attempt to tip the scales, stripping back to inobtrusive beats and a baby grand piano. It was a beguiling turn, and a game-changer: this was music that felt like it served a greater purpose than background music, intimate without seeming forced and worth living inside of for a very long time. For anyone who fell in love with Rhye through the promise of his early work, that tasteful shift wasn’t just exciting – it was entrancing.

None of that shows on Home Rather than tapping into what he uncovered with Spirit, it feels like Milosh forgot the whole thing ever happened. There’s a couple songs here that come close to capturing the atmosphere of its excellent predecessor – the soft guitar-and-violin of “Need a Lover,” or “Fire,” which feels like a closer link – but it feels like business as usual in Rhyeland. The biggest change, though, outside of the fact that some of these songs are heavier on funkiness than they are on soulfulness, is that the 49-piece Danish National Girls’ Choir (recorded pre-Covid, thankfully) show up to provide some ooh’s and ahh’s every few songs. Yet even with dozens of new voices, they’re relegated to simple vocalizing on a handful of songs. Why bring in a giant choir if you’re not going to do something spectacular with them?

That failing represents what’s wrong with Home: Milosh plays it safe, and doesn’t use such significant elements to their full potential. Every song bleeds into the next to the point where even highlights like “Holy,” Fire” or “Sweetest Revenge” only have marginally more impact than the thin-sounding “Hold You Down” or “Black Rain.” And though lyrics are absolutely not the point of Rhye as a project, his words present a problem: they strive for sensuality but achieve the erotic effect of a beige-painted playroom. Lines like, “The more I know your face, oh, hey/ The more I push this way/ Do you know your safe word?” or “Oh, I don’t like to behave/ No more master to slave/ I’m so in love, I’m so in love with my pain” are entirely meaningless, and they could be swapped in this paragraph with anything from any song on Home and the effect would be the same. Frankly, you could mix-and-match the stanzas on the album as a whole and still have the same impact.

Does this all seem harsh? It might be, but not as harsh as you’d think. Home could be an excellent debut album, or even a dynamite sophomore record, as it has just enough going for it that you want to see where it’ll lead. But this isn’t Milosh’s first sexy rodeo, it’s his fourth, and it’s an especially bland rodeo after the boundary-pushing Spirit. It’s tempting to be even harsher about it, because the promise shown on everything up until this point has made Rhye the kind of band that you want to believe in – which is a strange way to feel about a project that seemingly exists only to make the listener want to fuck as beautifully and tastefully as they possibly can. But even taking that into account, he’s exhibited enough creative growth that you actively want to see if Milosh will capitalize on his potential and not, as he seems to have done here, run scared from the vulnerability of Spirit. Until he’s willing to lean in and put more of himself into his music than his sublime voice, Rhye’s records will likely only be one thing: a musical background for glamorous sex.