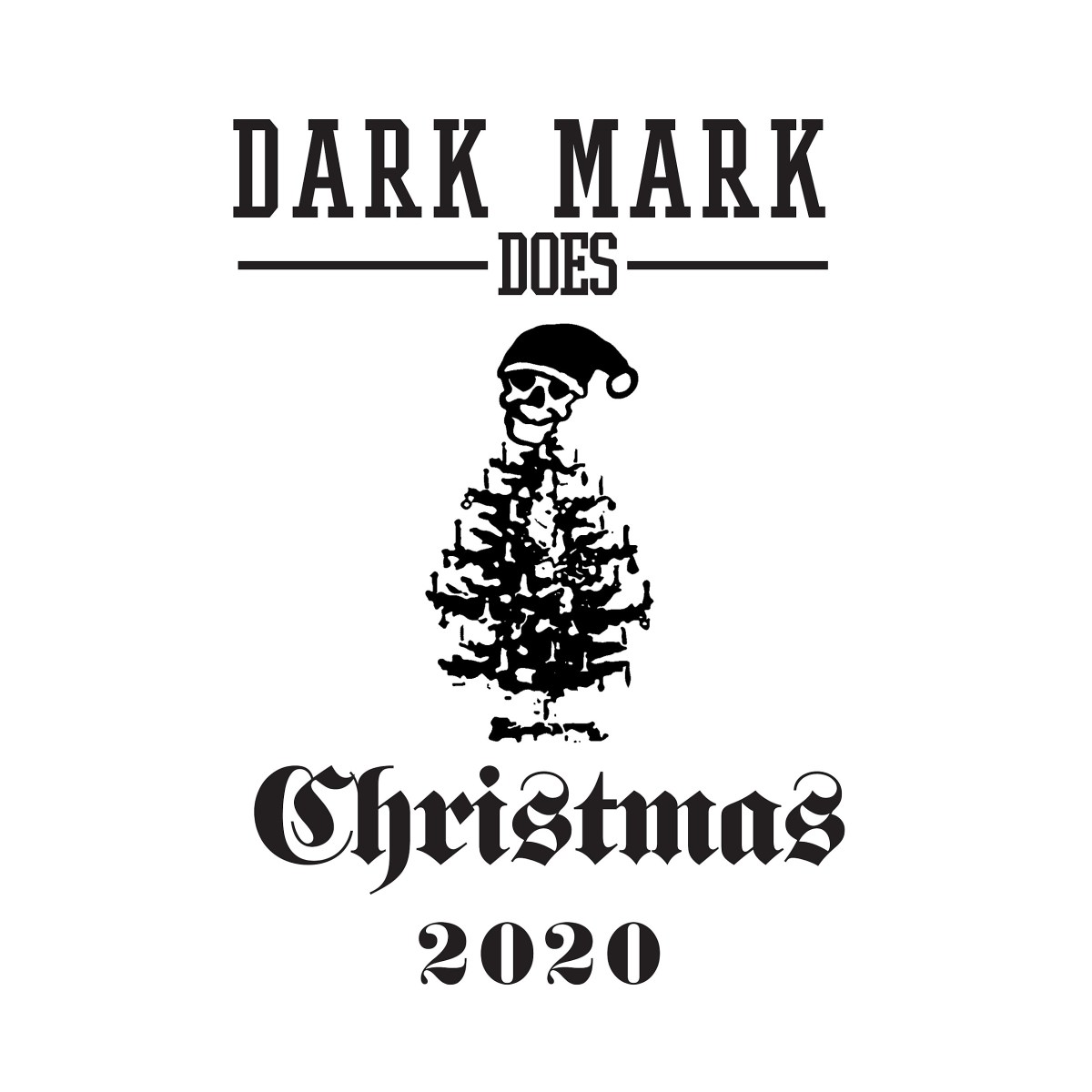 2020 was a dark year. There’s simply no disputing that. Nor is there any need to rehash just why it was so incredibly bleak. It is, however, only fitting that Mark Lanegan would revive his Dark Mark for 2020 and release a Christmas album. And while the bulk of Dark Mark Does Christmas 2020 was originally released as a tour-only 12-inch EP entitled Dark Mark Does Christmas 2012, the overall sound and feel of the album is probably better suited to one of the most troubling years in recent memory than the time in which it was originally released.

Comprised of a handful of traditional carols, a couple covers and a scant few original songs, Dark Mark Does Christmas 2020 is as stark and depressing as one would imagine given the title and Lanegan’s Dark Mark persona. Not to be confused with the Dark Mark of the Harry Potter series, Lanegan’s Dark Mark offers up appropriately depressing reads of songs otherwise associated with a joyous and festive time of year. To be sure, the seasonal sentiments are not shared by everyone and therefore there is certainly a place for an album like Dark Mark Does Christmas 2020 in the collections of those who prefer their Christmas music lacking in any sort of holly jolly nonsense and effectively redolent of the more despairing aspects of what will no doubt go down in history as one of the darkest years of the 21st century.

Relying on spare arrangements and largely minor-key melodies, Lanegan embraces none of the warm glow so often associated with the Christmas season, instead favoring a more downcast outlook. “The Cherry Tree Carol,” “Down in Yon Forest,” “O Holy Night,” “We Three Kings,” “Coventry Carol” and a cover of Roky Erickson’s “Burn the Flames” all previously appeared on Dark Mark Does Christmas 2012, yet feel very much in keeping with the overall aesthetic of the new, supplemental records of “Christmas Song,” “In the Bleak Midwinter,” “Death Drums Along the River,” and a cover of the Everly Brothers’ “Christmas Eve Can Kill You.”

“O Holy Night” is granted a fairly straightforward read of the melody, Lanegan foregoing any of vocal pyrotechnics generally associated with a song that is essentially one massive crescendo. Meanwhile, “Coventry Carol” is delivered a cappella, Lanegan’s vocals wavering and unmoored from any tonal center in favor of a more emotionally driven performance. “We Three Kings” rides a 6/8, minor-key finger-picked guitar pattern while Lanegan sticks to his raspy low end.

Of the four new songs, “Christmas Song” (not to be confused with the Robert Wells and Mel Tormé perennial chestnut) is a plodding bit of maudlin lyrics dealing with death and destruction and the madness of war, while “Death Drums Along the River” is a challenging listen that sounds like some lost ‘80s darkwave synth cassette. “Christmas Eve Can Kill You” is surprisingly faithful to the original, building its arrangement around a stately organ and electric piano, Lanegan’s voice exploring the shakier upper reaches of its range. It’s an effecting approach the makes it one of the more successful outings on this otherwise bleak collection of Christmas songs.

Closing track “Burn the Flames” fairly well sums up the whole of the collection, offering up a downcast conclusion to an already depressing collection. Yet it ultimately proves an apt capper to an undeniably shitty year, making it the perfect Christmas song to remember 2020 by. Not that any of us will necessarily want to any time soon, but, with Dark Mark Does Christmas 2020, Mark Lanegan ensures it will be forever immortalized in song. Let’s hope he won’t need feel the need to revisit Dark Mark or Christmas again any time soon; not necessarily due to the end result (the album is just fine and serves as an appropriate encapsulation of the feelings surrounding the year), but more for it being tethered to a year no one really wants to remember or mark with anything other than resignation and the knowledge that we survived.