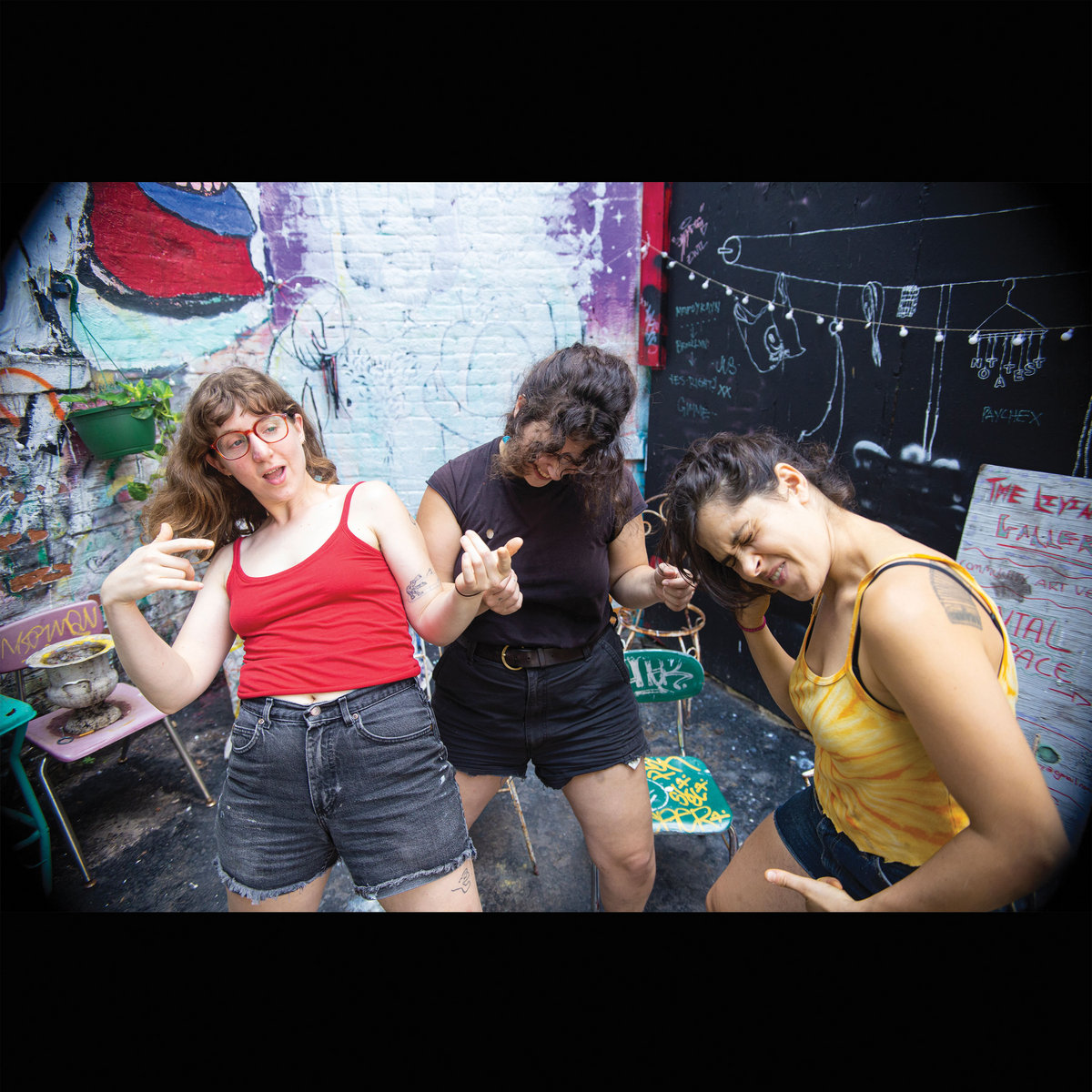 Like the band Landowner and other East Coast outfits descended from art-punk and Captain Beefheart’s Magic Band, Palberta often avoids distortion and fancy studio effects. As a result, many of the songs have a surging live-set authenticity and are coerced in various directions by knotty and smudged bits of guitar and bass. But unlike previous outings which had bite, here the trio seems fixated on coating everything in honey. (The carefully constructed three-part harmonies are as vexing as the Siren’s. Exhibit A: “Something in the Way.”) No, no, no, this is not a group selling out and getting bitten by the nasty commercial bug. Palberta utterly fucks with listener expectations of the pop form, often by repeating measures and lyrics or falling into locked grooves to the point where the trio’s sound has an almost debauched kind of hypnotic effect.

For the record: what Palberta does to generate heat on a repeating refrain alone merits picking up the LP. “Big Bad Want” and the excellent, multi-dimensional “Fragile Place” are so damned repetitive, in fact, that you start to wonder if the band is testing the limits of the reasonable-minded or even what’s aurally digestible. On the other hand, if they’re not having fun testing their limits, we clearly missed the boat on this one. Palberta5000 is a wild ride and one that Palberta is often quick to give knowing glances about just how aware they are of how they are mutilating traditional forms.

For all its experimentation, the album has some damn impressive little earworms. Take “Hey!,” which sounds like Devo playing jaunty, monosyllabic surf rock and is catchy as anything you’ll hear on commercial radio; or “Red Antz,” which starts as a dirgy little anti-ballad and has a chorus that will have you singing the song’s title ad infinitum. “Corner Store” is a pitch-perfect love story for the urbanite’s 21st century experience and “All Over My Face,” at nearly five minutes long an outlier in terms of song length, lends a herky-jerky, even funky kind of Dadaism to the affair. As your head is bopping to the angular rhythms, you’ll be forgiven for forgetting the piece begins with the smooth alabaster of three female voices, singing away in unison.

There are lesser moments – the 18-second intermission “I’m Z’Done” clips its wings before taking off, and the jackhammer drum fills that lead into a kind of manic 4/4 frenzy on “Eggs n’ Bac’” are invigorating, if a little out of context. The band more than makes up for it, though, with gems like “The Way that You Do,” which would make the aforementioned Beefheart of Captain status blush. The carefully sequenced record closes with the driving “Before I Got Here,” which darts between vaguely grungy chords (again, minus the sobriquet of distortion), droning sing-song and slightly inebriated lead noodling – and horns! It ends with a resolute and lonely drum patter hammering off into silence – bravura stuff. Yes, “Before” is a bizarre and wondrous little experiment that closes a bizarre and wondrous record. This trio, if a chef, lures you in with its flavors and fantastical colors but packs a mighty wallop you’ll never see coming. In short, it’s a feast that bites back. We can’t wait to see what these girls cook up next.

Mogwai: As the Love Continues

Ten albums into their career, Mogwai are playing it safe. …