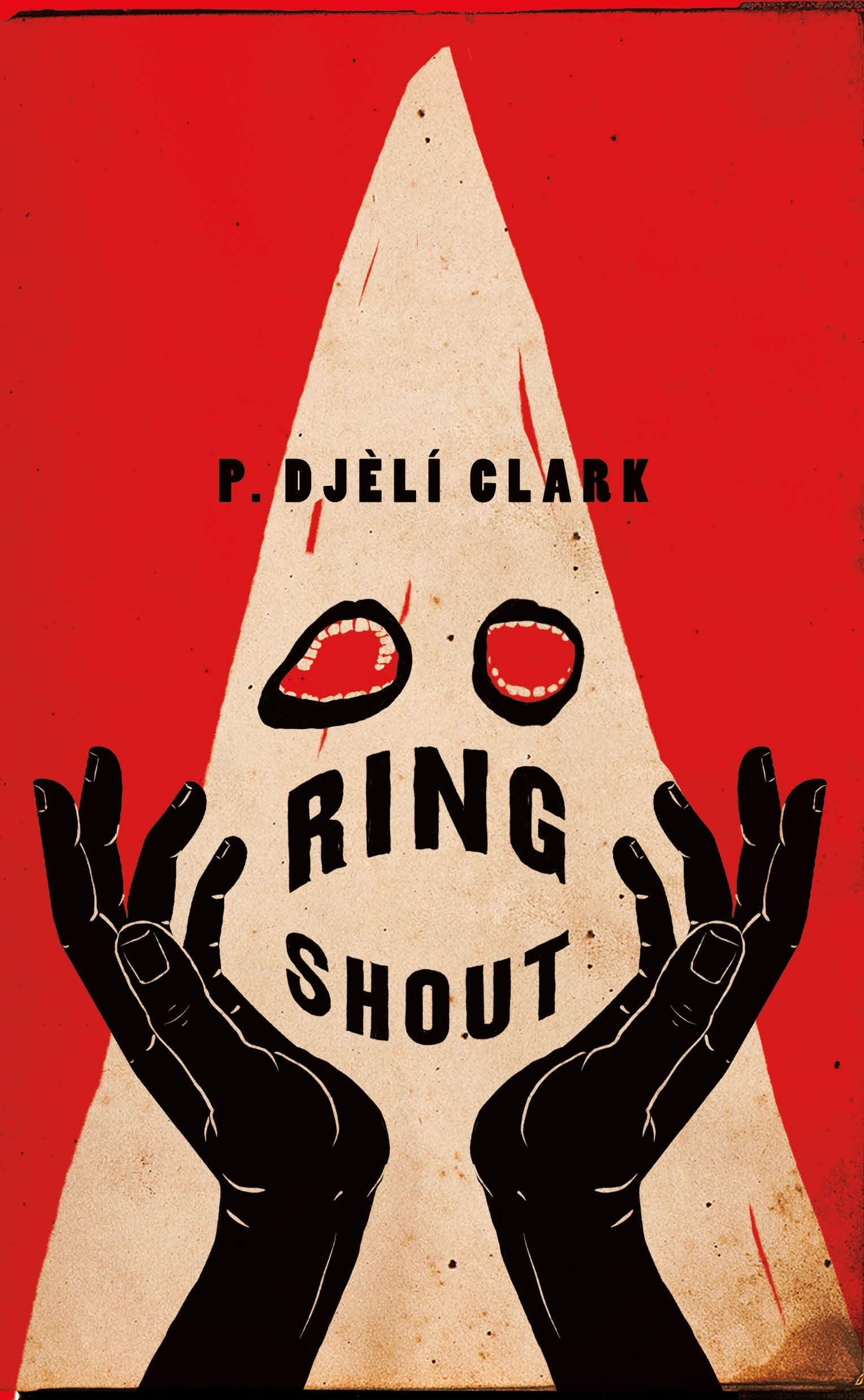 H.P. Lovecraft has, in the last ten years, become more famous and successful than he ever was in life. His worlds and monsters have always had a cult following, subject to appropriation and reinterpretation by countless authors since his death. Concurrent with the recent surge in Lovecraftian fiction is an acknowledgement of the hysterical xenophobia that fueled his oeuvre. Less an aspect that makes Lovecraft’s writing “problematic” than the problematic that makes Lovecraft’s writing, his hatred of anyone ethnically outside of the Anglo, blue-blood niche is present to a greater or lesser degree in nearly every one of his works. Consequently, the best writers taking up Lovecraft’s mode these days are those who turn his fiction in on itself, finding the solution within the problem. With his latest novella Ring Shout, P. Djèlí Clark joins the ranks of writers like Victor LaValle, Kij Johnson and N.K. Jemisin in taking the qualities that draw readers to Lovecraft nearly a century after his death – the mythos, the otherworldly horror – and using the master’s tricks against his racist ideology.

Ring Shout is the story of Maryse – wielder of a magic sword – and her compatriots Sadie the sharpshooter and Chef the explosives expert. The three Black, female monster hunters roam 1920s Georgia in a quest to combat the allied forces of racism and cosmic horrors from beyond our world. Joined by an extended cast of counter-cultural characters and using their own metaphysical tools – the titular ring shouts, root magic and the assistance of the otherworldly Aunties who call to mind the Fates of Greek mythology – Maryse and her friends make up the leading edge of a resistance that, while marginalized, lives defiantly above ground in Macon. It isn’t just the Klan or the Ku Kluxes the heroes have to worry about though.

Early in the novel, two main antagonists come into view. Butcher Clyde is the horrific leader of the monstrous beings disguised in Klan robes, presenting himself as just another worldly monster, he is – impossibly, and in a stroke that’s pure Lovecraft – made entirely of razor-toothed mouths. He has plans for humanity, at the center of which he has placed Maryse – the reason for which unfolds over the course of the book. The other antagonist never appears in body, only through his art – for, in the novel, D.W. Griffith’s 1915 film The Birth of a Nation plays a key role. Touring in re-release at the time the book is set, it serves a purpose for both the earthly Klan and the unearthly Clyde

As prominent re-interpreter of Lovecraft Alan Moore would put it: art is magic. If that is the case, then Griffith’s film is some of the most powerful and perverse magic to ever be worked in our world. Clark takes this premise and runs with it. Without belaboring the movie’s importance, or evil (critic Neil Bahadur’s review is one of the best ever written on the subject), suffice it to say that in our world, it ushered in the rise of the second KKK and remade Civil War in the cultural imaginary. In Ring Shout, the film performs this same work in addition to being employed for an occult purpose: ushering the demonic Ku Kluxes into the world. Appearing to those without “this sight” as nothing more than just Klansmen – monstrous as they may be – Maryse can see these creatures for what they are: devouring grotesques not too far off from a xenomorph.

But the existence of these beings from beyond our world does not serve to exonerate the human agents of racial violence – a pitfall of some Lovecraft revisionism. In Ring Shout it is quite the opposite, in fact – the twisted hatred that white supremacy harbors for other human beings is, according to Butcher Clyde, the very thing that drew his kind to our plane of existence in the first place. This fact becomes all the more important as the story reaches its climax and the hero is presented with a choice far more complex than the one she – or the reader – had imagined.

Like Clark’s series of books and stories set in a magical early-20th century Cairo, Ring Shout showcases a broad knowledge of the pulp tradition while mixing in sources far outside the pages of Weird Tales. Maryse’s role as “champion” – not to mention the sword she wields – could be out of the pages of Robert E. Howard’s Conan stories. And the book’s mixture of humor, body-horror and fantastic liminal spaces evokes Clark Ashton Smith. To these sources Clark adds African-American folktales and a well-researched rendering of Gullah culture and language. The diverse array of (often conflicting) sources allows Clark to turn his attention to the varying strains of racial, political and material conflict of the time with what – to an ignorant reader – might appear too-contemporary a lens, but which is really a fair rendering of the lives forced out of the “mainstream” in the 1920s American South.

Given the ambition here, the book can be overstuffed at times – leaving dialogue between characters to act like a Wikipedia summary of their time in history, or an info-dump fleshing out the more ambiguous corners of the world Clark has built. A brief conversation between the Jewish-German communist Emma Kraus and the Black lesbian WWI veteran Chef gestures toward the complex relation between class and race under capitalism, but feels perfunctory, lacking any real bearing on the narrative, like a CliffsNotes version of how these characters differing experiences might inform their politics. Elsewhere, an explanation of what Ku Kluxes are and how they come to be demystifies them too much and too inelegantly at such an early stage in the narrative.

However, these clunky moments serve to move the book quickly between points where Clark exhibits his greatest strengths: his knack for rendering action and his incredible talent for grotesque imagery. The fight sequences achieve the perfect balance between slowing down time while speeding up the pace of the narrative, and the monsters always go down with satisfying gore. But it isn’t all blood-and-guts horror; a particularly bracing and vivid chapter recounting Maryse’s journey underground to visit the misery-devouring entities known as Night Doctors will serve as nightmare fuel for more than a few readers. Ring Shout is at its best when Clark is reveling in the textures of its cosmology. The end of the book hints at the way this world might be expanded upon, heavily suggesting the appearance of Lovecraft himself as a character. Whether this will happen in a full-length novel or the recently announced TV series remains to be scene – but the world of Ring Shout deserves the room to breathe and expand that these forms might give it.

In the end, Ring Shout is a worthy – if too-slight – addition to the recent slew of works that take up the pulp canon to both re-imagine it and perform a critique of it. Like the works from the last century that it draws on, the book also delivers on the adventurous, weird qualities that readers expect from the genre. Resisting the false binary presented by the ridiculous and useless art vs. artist conversation, Clark (and his genre comrades) have responded with the only sensible and dialectical answer: “let them fight.”