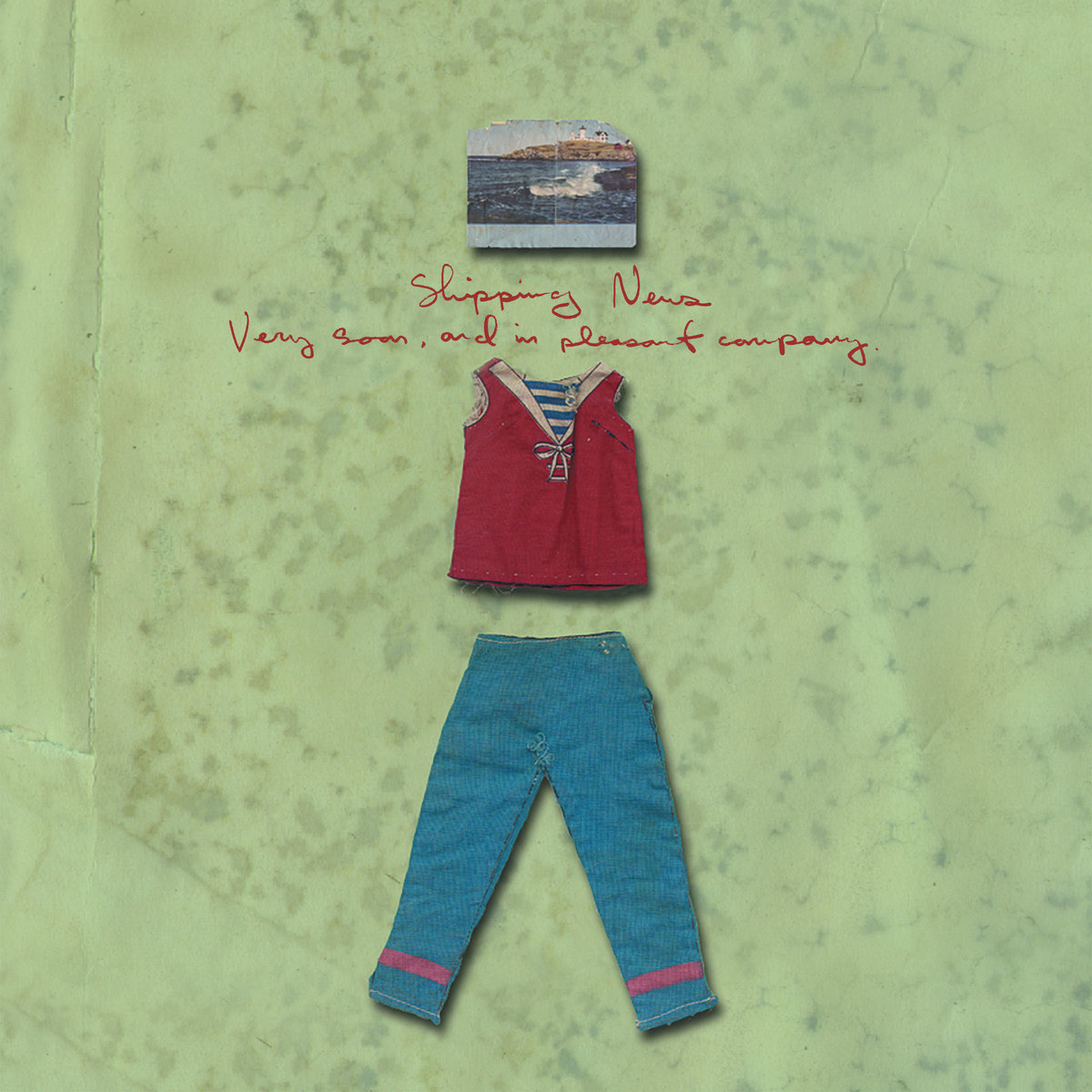 In a word, precision. The three years that separate Rodan’s Rusty (1994) from the Shipping News debut Save Everything (1997) gave Jeff Mueller and Jason Noble, the Louisville-bred songwriting duo who appear prominently on both records, time to tighten up their deliveries. That’s not to say Rusty was loose-limbed – far from it – but it did meander or, maybe more appropriately, unfurl its narratives in distinct and separated stanzas. Most of Save Everything, by comparison, is a tightly, tightly wound coil – and an unforgivingly jugular-lashing one at that. Shipping News, which at the time occasionally went by the moniker RMSN, extended this pressurized post-hardcore approach on a split EP with Louisvillians Metroshifter – a hard-to-find piece worth tracking down for evidence of the band’s firecracker live sets. At one point on that release’s blistering “Nine Bodies, Nine States,” again recorded live, a crowd member shouts in ecstasy, standing in, perhaps, for the listener. The trio, like the Steve Albini outfit Shellac (whose minutia-rewarding record numbering RMSN copied) were exceptional at getting the blood pumping and the mind reeling.

Sophomore efforts after successful debuts are, by design, full of pitfalls and pratfalls. You either stick with the tried and true and get panned for your lack of adventurousness or you experiment and abandon the sounds and the methods that drew crowds to you in the first place. RMSN somehow evaded both slippery slopes on 2001’s Very Soon, and In Pleasant Company, which celebrates its 20th anniversary in the Year of our COVID 2021. From the get-go, it’s apparent things on this fine outing, another Quarterstick Records product, are a little bit different. On “The March Song,” Mueller flashes a creeping, palm-muted crunch-refrain complete with superb delays over Noble’s rubbery bass asides and drummer Kyle Crabtree’s laid-back percussion. Yes, yes, there are bridges here that do positively explode and rip through the surface of the skin – these guys didn’t entirely rewrite the modus operandi – but the record opens with a lingering sense of resolution, even sadness.

“Actual Blood,” the record’s second track, is arguably one of its finest, if not its most emblematic, moments. Mueller again fidgets with the digital delay, capturing exceptional ambient sounds and searing, ultra-somber leads as Crabtree works what sounds like brushes on snare. The star, though, is Noble, whose vocal and bass delivery makes the whole piece a frighteningly effective little ballad on the meaning of human bonds. A carefully deployed piano and, in the closing bridges, strings, seal the new approach: yes, these guys know how to roar but, it turns out, they also knew how to sweetly whisper. Anyone who listened to “Bible Silver Corner,” the opening salvo from Rodan’s Rusty, inherently knew this but Very Soon, and in Pleasant Company invites in more nuanced idioms and a more masterful approach.

There’s not a blank fired on the album. The enormously gratifying “Quiet Victories” displays the hypnotic quiet-loud dynamism Mueller and Noble first introduced on a gem like “The Everyday World of Bodies,” another Rusty gem, to tremendous effect. (There are parts in the first half where Crabtree barely snaps the kick-drum; the closing verses rock and rollick.) Paragraphs could be written on Crabtree’s ability here and elsewhere to control volume, a hold-over from his Eleven Eleven days. Just when you think the trio is rewriting too much of the manuals, a studio version of “Nine Bodies, Nine States” appears and, though its propulsive bass line is a touch out of place on the proceedings, the song is a nice reminder of the Shipping News of its 1997 debut. Even here, though, the band’s uses more silent verses to interject bits of ambient noise and the occasional flicker from Mueller’s digital-delay-drenched lead guitar. The strings on the closing half of “Contents of a Landfill” are as effective as most of the post-classical stuff on display on Handwriting, another Noble project. “Simple Halo” is anything but simple.

Very Soon, and in Pleasant Company is incredibly well-sequenced, though it often lacks the cohesion or song-cycle suggestions of post-rock classics like Spiderland. But, man, these guys know how to bring down the house in a swell of tears. On the closing song, “How to Draw Horses,” Mueller, Noble and Crabtree all situate themselves front and center on guitar and bass – the percussionlessness, after such a metered record, is disorienting but not jarring – and the thrum is positively addictive. “In the airport of the senses, we are facing something, leaving/ We are surrounded by the things we built but cannot seem to understand,” they sing in spine-tingling unison. On this excellent track, Shipping News discovered – and displayed – it could do something bigger than blistering post-hardcore; they learned how to make math-rock with genuine heartbeats and feeling – no small task.

RMSN thankfully didn’t call it a day after Very Soon, and in Pleasant Company. Todd Cook, on loan from The For Carnation and Slint touring duties, joined on bass, making RMSN a quartet and freeing up Mueller and Noble to return to the two-guitar format of Rodan. The band continued chugging away until Noble’s death in 2012; though the group often merited some acclaim – there are moments of greatness, to be sure, on 2005’s Flies The Fields – Cook’s mono-syllabic approach lacked the bottom-end density and dexterity of Noble and the band never returned to the greatness of Save Everything or Very Soon, and in Pleasant Company. Twenty years later, though, goddamn, it still looms large as a high-water mark for post-rock at the dawn of the millennium. And if Jason Noble, may his memory be a blessing, was alive to celebrate the anniversary, we might even have more reason to charge the choir with life-affirming Hallelujahs.

Grunge survivors make right with the Big Man and produce another gem for the canon. …