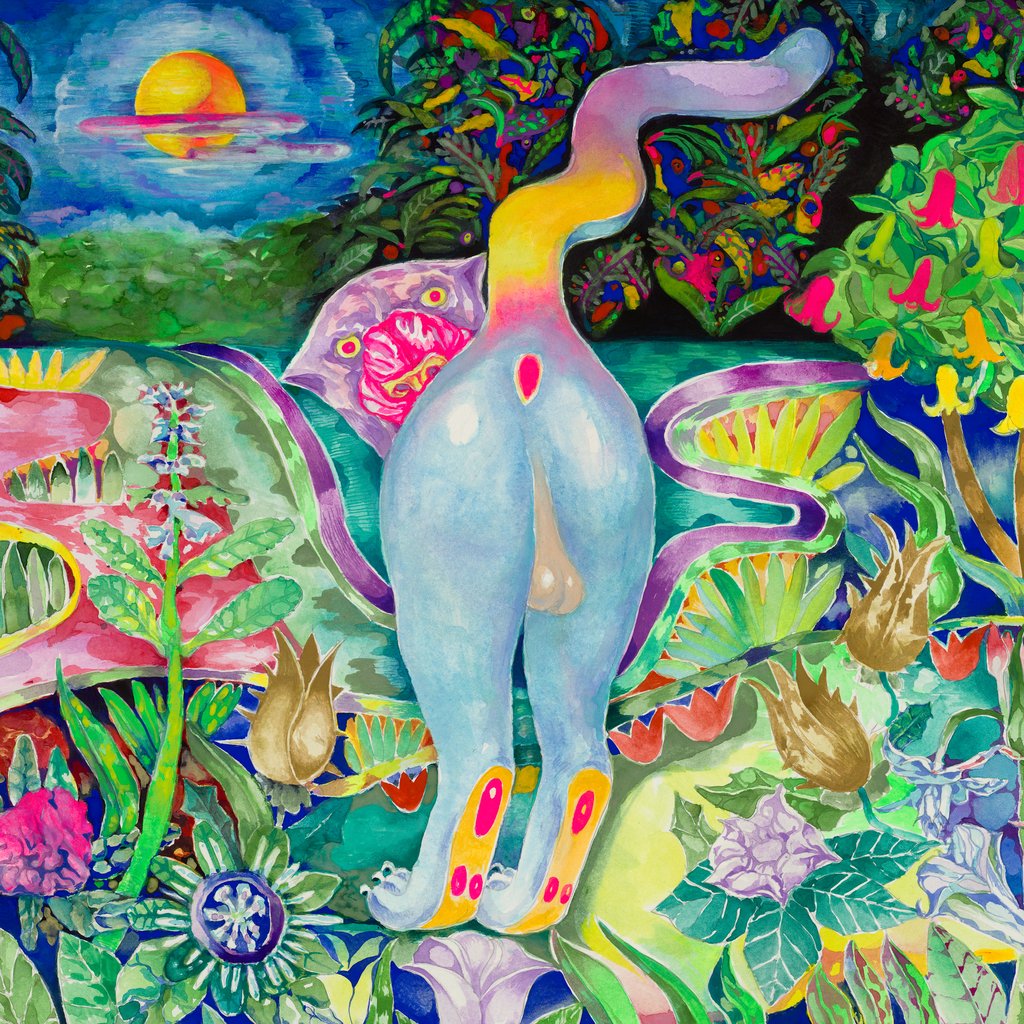 John Dwyer’s Osees (under any name) derive much of their power from their kinetic experimentation. Given, arguably, a garage rock foundation, the group has succeeded with odd forays into psychedelia, pop, metal, prog and more. After last year’s ambitious Protean Threat, Dwyer decided there was some terrain he hadn’t covered in the act’s first 20 or so albums, so Osees came back quickly with Panther Rotate. The new album puts a twist on its predecessor, using those studio tracks for a series of remixes while blending in field recordings and other aural experiments. The finished record, a sort of sequel, sounds a little like fiddling. Fans will likely enjoy Dwyer express new sides to his art, but the album too often lacks the excitement of the group’s best work.

One way into the album would be to simply study the transformations the music underwent between releases. A cut like “If I Had an Experiment” offers some clear direction for this approach, with the changed use of the guitar hits making for a new song that’s engaging on its own while being a reminder of its predecessor (“If I Had My Way”). “Miz Experiment” similarly enables direct comparison, but its steady, synth roll pales next to the heavier, more surprising “Mizmuth.” Dwyer might be having fun reworking his music, but in reimagining it, he’s not improving (which wouldn’t be the point anyway).

Regardless of the studious pleasures of hopping back and forth between records, listening to Panther Rotate probably makes most sense when it’s considered as a standalone piece. On its own terms, the album blends a diverse set of studio technique. Dwyer pokes at the fringes of rock. His play with textures and effects works best when he either builds on or dismantles a core sound. “Scramble Experiment” situates itself in Krautrock, but Dwyer’s flourishes make the cut something a bit out of line with its forerunners, as it should be. “Toadstool Experiment” wanders; it suggests that Osees could make some intriguing glitch-pop before heading into a muddier plod.

When Dwyer works to find new entry points or deconstructions, he reminds us of how exciting and inventive his work can be. Too often, though, his restructurings largely work to half-reveal sonic elements at the cost of musical energy. Turning “Gong of Catastrophe” into the haunted “Gong Experiment” makes sense and fills a gap in the band’s voluminous work. That track offers much more intrigue than “Toadstool” or “Miz.” The new material, like “Synthesis” and “Poem 2 with Horns” provide their own rewards, but the slow pacing of both cuts (particularly the former, which never quite decides what sort of music it means to be) risks more drag in the album. Panther Rotate, more than would be expected from the group, requires focused listening to find detail-oriented rewards. It mostly succeeds at fulfilling that offer, but it doesn’t quite keep it up for the whole record. It’s hard to call it a misstep, though, as it serves its purpose in pushing Osees into new places, allowing new insights to come from an unusually prolific act that, remarkably, hasn’t run out of things to say.