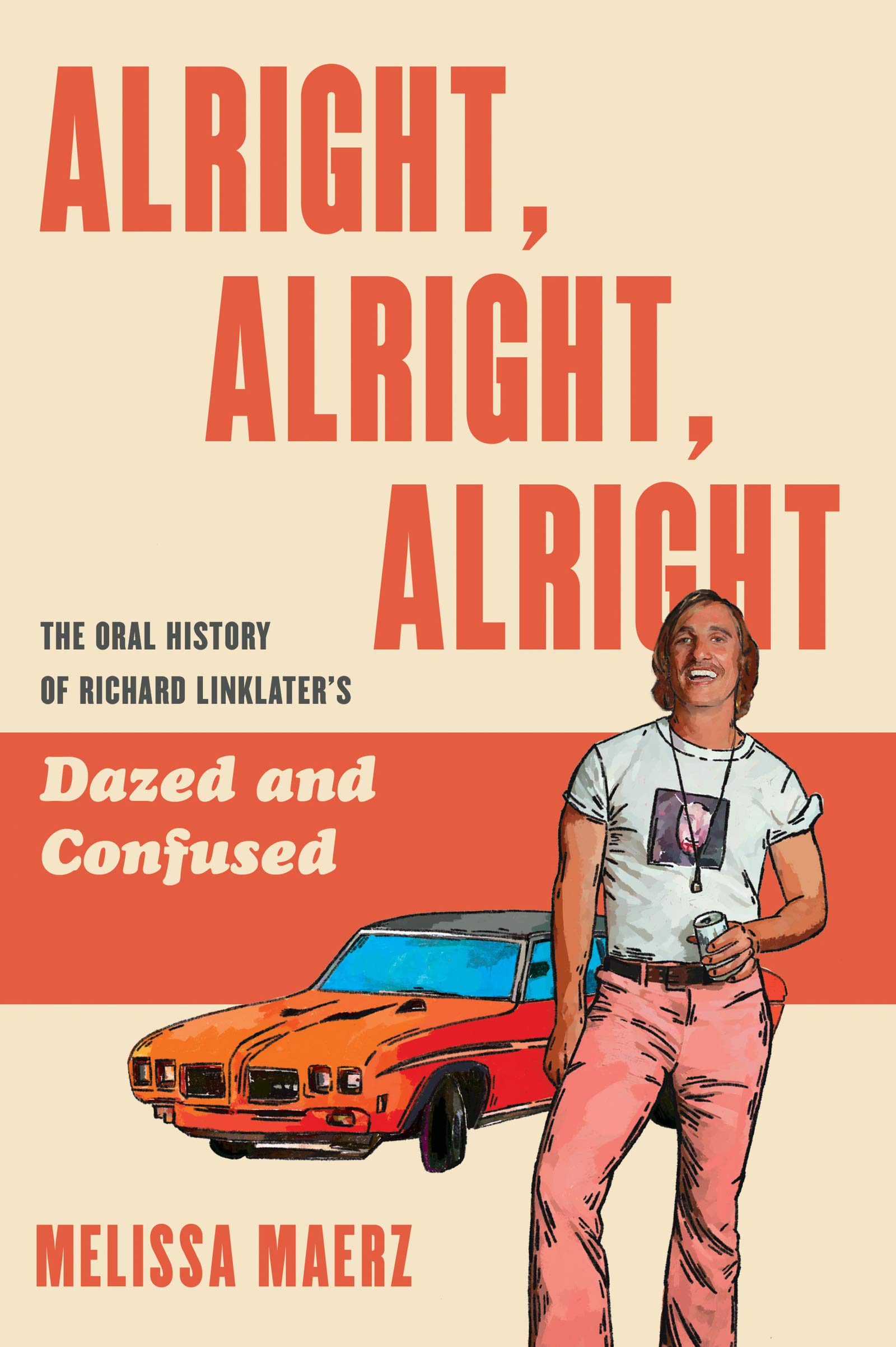 If you haven’t seen Dazed and Confused, Richard Linklater’s 1993 “stoner comedy” about a day in the life of a group of Texas teens set during the summer of 1976, why are you even here right now? Go watch it!

If you have seen the movie, open a new tab on your browser and buy Alright, Alright, Alright: The Oral History of Richard Linklater’s Dazed and Confused by Melissa Maerz, an exhaustive and authoritative look at how a movie that bombed at the box office has rightfully taken its place as one of cinema’s purest expression of the listless spirit that comes with being an American teenager.

Since making Dazed and Confused, Linklater has become the unofficial voice of Generation X. His films have alternated between outré genre exercises, wordy love letters to time lost and even slick Hollywood productions that bear no relation to his work at its logorrheic best. But for as much as Dazed’s cult status put Linklater on the map as a director who makes art films within the studio system, it was his 1991 film, Slacker, that made him known among cinephiles. Rather than start with the making of Dazed, Maerz takes us back to Linklater’s roots, focusing on the collaborative, guerilla-style filmmaking that allowed that audacious movie to take form. Slacker really isn’t about anything. Instead, Linklater takes us from vignette to vignette where characters talk about dreams, espouse conspiracy theories on the JFK assassination, try to sell Pap smears they claim belong to Madonna. More than anything, Linklater demonstrates a town where time moves at a different speed. It also provided Michael Stipe with the killer lyric: “Richard said, ‘Withdrawal in disgust is not the same as apathy.’” If R.E.M. is quoting your films, you know you’re doing something right.

Maerz, who has written for Vice, Vulture, Entertainment Weekly and many other publications, pulls off something close to a miracle for Linklater fans in her oral history. Not only does she interview the director multiple times (a privilege many of us fans would die for) and the cast and crew of Dazed and Confused, Maerz also speaks to childhood friends of Linklater and the people with whom he would butt heads with at Universal. She also peppers in quotes from prominent journalists and frequent Linklater players such as Ethan Hawke. This panoply of voices, though overwhelming at first, creates a mosaic that allows us to truly understand how radical it was to make Dazed and Confused within the studio system and maybe get at why it is possibly Linklater’s most beloved creation.

Throughout Alright, Alright, Alright we learn how many times Universal tried to compromise Linklater’s vision of Dazed and Confused, a fever dream recreation of his own childhood in Huntsville, Texas. He must have done something right because a few years after the movie’s release, some of the people who grew up with Linklater sued him unsuccessfully for defamation. No matter how Hollywood tried to bend Linklater to its will, he fought back. Even the audition process for the film was unconventional. Many of the actors who would go on to land roles in the film recall the “pizza party” audition where they were told to mingle and act natural while Linklater and producers observed them as an unorthodox, and extremely nerve-racking, way to audition.

Once the movie had been cast, Linklater rented out a motel for his actors. It basically became one big summer camp replete with drug- and booze-filled nights. Maerz is able to dish on sorts of juicy details from hooks-ups to break-ups to clique formation. Many of the cast members recall the making of Dazed and Confused as the best time of their careers. We hear about which scenes were filmed when the cast was totally baked. We read about alliances and rivalries. It is funny to hear Ben Affleck complain about how no one wanted to hook up with him. Meanwhile, Michelle Burke Thomas still bears multiple grudges against her female castmates. Best of all, there are two actors that everyone hated so much that they were more or less written out of the movie. There is even a chapter in the book devoted to how much of an asshole one of them could be. It is amazing just how open and honest the subjects with Maerz.

But Alright, Alright, Alright isn’t just a tell-all gossip rag. There is a much deeper purpose to the book. Nearly every aspect of filming Dazed and Confused is covered, from the choice of location to Linklater’s fight for a soundtrack that mimicked his high school days. There is even a hilariously sad battle between the director and the studio execs who wanted to include the band Jackyl (purveyors of the fine tune “She Loves My Cock”) on the soundtrack with an exclusive cover of “We’re an American Band” as a sales point.

And as much as we would love to know that Matthew McConaughey doesn’t wear underwear and his dad died during coitus as the cameras rolled, Maerz and Alright, Alright, Alright have loftier intentions. Linklater is a director that has long grasped at the progression of time. How moments that mean so much to us evaporate into memory. We only need to look at his Before trilogy and Boyhood to recognize the director’s Proustian fixations. With Alright, Alright, Alright, Maerz peers back through the murk of distance and memory to a time when Linklater and his cast were young and beautiful and the world held so much promise. It is about making the most of a moment in time while filming a movie about making the most of a moment in time. “I want to look back and say that I did the best I could while I was stuck in this place,” one character declaims near the end of Dazed and Confused. With Alright, Alright, Alright, Maerz allows Linklater and his cast one more opportunity to look back and relive these moments, taking the reader along with her.