February 25, 2021
Home Books In the Land of the Cyclops: by Karl Ove Knausgaard 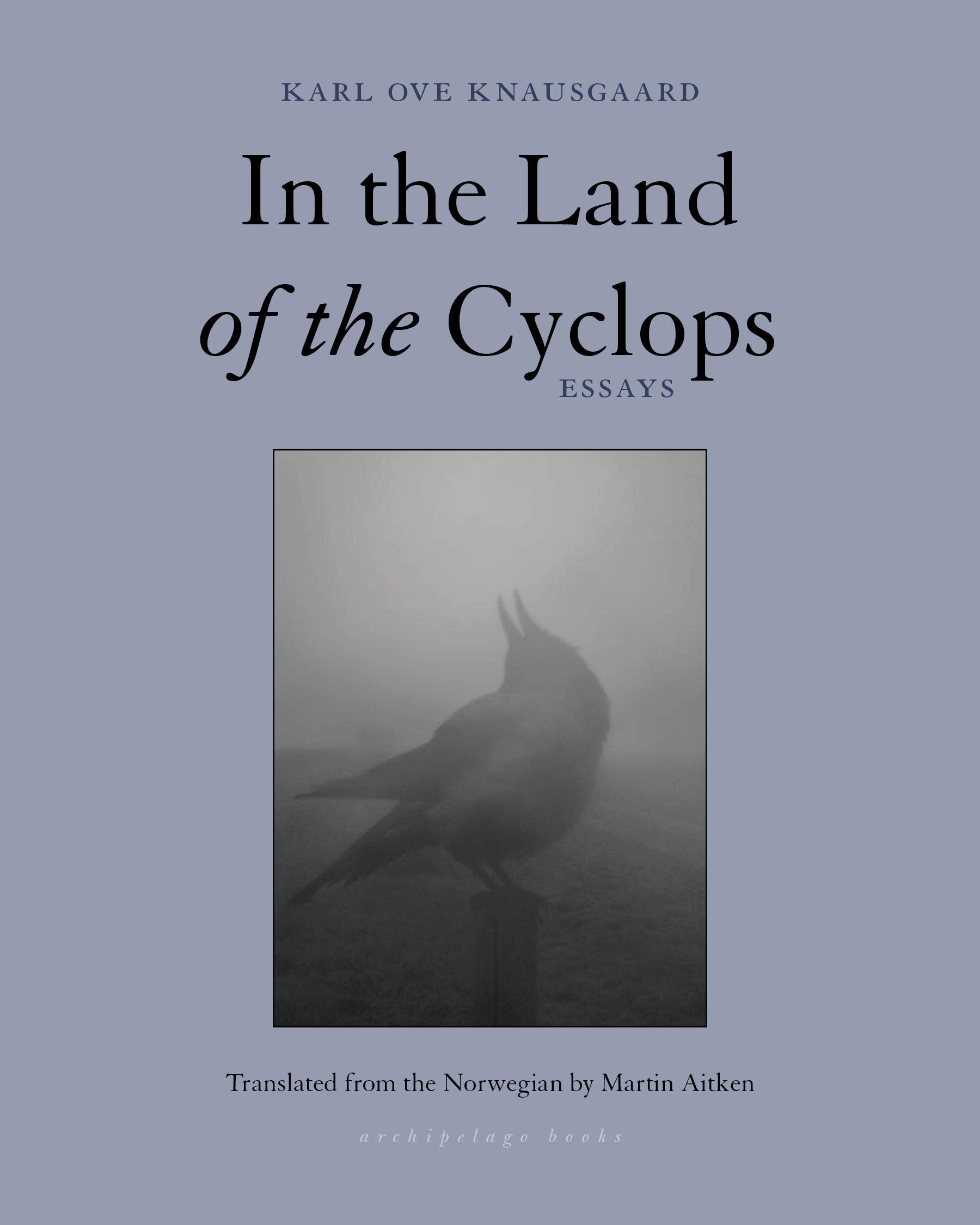 How can an artist grasp the ineffable? Why do writers seek to tell of the intangible witness of the real? Can creators confirm human frailty with a work that aims to outlive mortal limits? Karl Ove Knausgaard explores the realm of the aesthetic where it overlaps with the quotidian in fact as he has in fiction. Previous works interpreted the visions of his discomforted countryman Edvard Munch along with pointed critiques of art and literature. With his collection of recent essays, In the Land of the Cyclops, Knausgaard attempts to articulate meaning via observation.

This is a perceptive challenge the author has tackled on over two decades. In Knausgaard’s acclaimed provocatively-titled hexalogy My Struggle, the framework of the autobiographical novel incorporated his life story into a blur of truth and tall tales. In a seasonally themed quartet addressed to his baby daughter, Knausgaard registered how time passing imprints itself upon earth and whether a landscape as we conceive it might be viewed without our presence.

As readers of his breakthrough attempted to keep up with his flood of published reflections, the exhaustive amount of detail likely overwhelmed as many as it attracted. This caution applies equally to In the Land of the Cyclops. It rewards patience, offering perspectives of a critic grappling with big ideas, but not all of his sketches may be suitable for framing in print. As an assortment of shorter articles and pieces, it suffers from the lack of an introduction. Yet a subtle thread bonds the eclectic entries, nearly all conveyed by Martin Aitken from the Norwegian. The thread is only broken at the end by a nightmarish reverie that retreats into the author’s signature semi-fiction.

In the first of thirty-seven pieces surveying the arts and belles-lettres, Knausgaard opines: “We retain in our minds the form of the mountain as it appeared to us in the way we stood in front of it, but not the forms of the clouds that were above the mountain at that same moment.”

Time eludes our pursuit. Sounds lurk beyond our frequency range. Sights nestle smaller than we can ever make out unaided. Knausgaard inserts photographs and paintings here and there into the anthology. Yet whether due to budget or licensing issues, intriguing efforts such as the photographs of Francesca Woodman and Sally Mann are not illustrated, while images that do make the cut seem less crucial to the author. Despite this structural shortcoming, his bracing comparisons between the scope of the camera and that of the writer are enlightening: “all novels are written in black and white, details being strictly regulated, never allowed to flood freely, because if they did the novel would be unreadable, as formless as the world it seeks to describe or capture.” This excerpt demonstrates another aspect worth mentioning. The translators of his essays attempt to repeat the author’s penchant for stringing together phrases, or often entire independent clauses in English, as comma-linked, or spliced in our grammatical correction.

This persistent mannerism jars any sharp-eyed reader accustomed to a publication eliminating run-ons and weak transitions. Knausgaard’s rhythm is casual and conversational and particularly prone to digression, detour and diversion from wherever we think he’s taking us, driven by an erratic muse. No wonder he explores dreams and their irritating resistance to logic. He strives as does every spinner of fiction “to make it credible, make the as if as invisible as possible.” He explains his craft as it spins imagination out of the mundane. “Intimacy is the essential thing in literature: reading is something we do alone, and reading this has this in common with dreaming.” Language cannot express the narrative in a dream, nor can it convey the patterns which evade definition or calibration by words and facts.

Just like his scrappy, provocative title piece of politically incorrect self-defense, In the Land of the Cyclops confronts those in his upright homeland who are quick to shame the bold navigator who voyages into taboo, myth, supposition and, as in the postwar poetry of Paul Celan and the canvases of Anselm Kiefer, “the place where art and reality interlock.” This knotty problem snares Knausgaard. How can we evade an unaware gaze with which we comprehend our world into a space where we can step back—shades of Archimedes and his lever, perhaps—to gauge perspective.

Much insight awaits any sifting through these disparate compositions. Even an interminable introduction for one of Knut Hamsun’s novels opens up fresh analogies to his contemporary, Charlie Chaplin. Take his Tramp, “who can transform anything in his surroundings and infuse it with meaning according to his needs, regardless of how insignificant and useless it might seem to have to begin with.” Similarly, Knausgaard transforms the everyday into a portal of deep insight.

“Our grandest notions, ideals, and superstructures, whether religious, cultural, or political, dissolve when they come up against the world, flaking like dandruff on its shoulders, settling like dust under its sofa, a scattering of crumbs on its table.” Out of literary scraps and artistic fragments drifting around us, Knausgaard extracts beauty, wit and nutrition for the hungry mind.