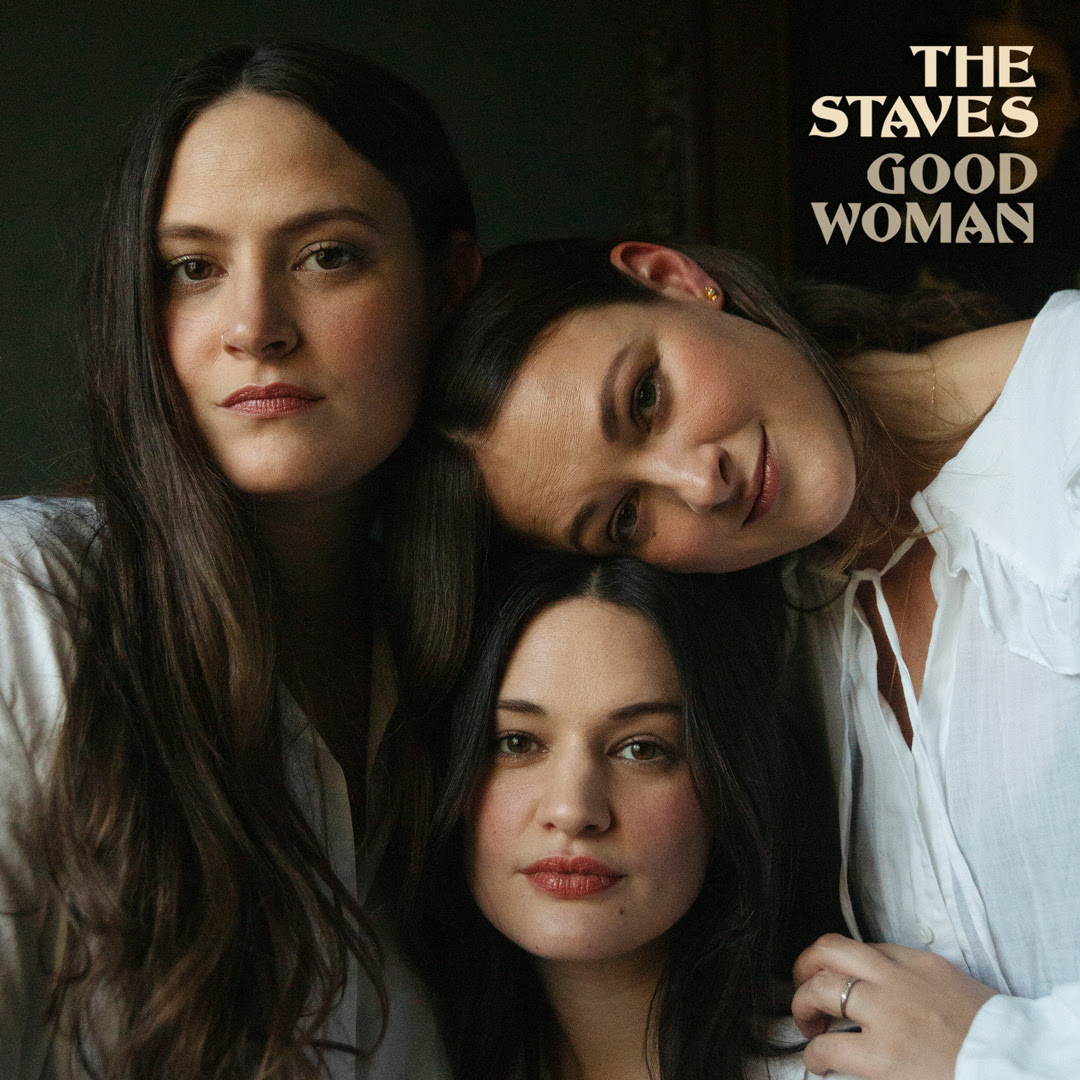 English folk trio The Staves have been through a lot since their last album, the 2017 release The Way is Read: Homesickness. Death. Birth. Fractured relationships. After all that, the sisters’ latest, Good Woman, is about hope. Being able to come out on the other side of all of adversity still strong, still in control. That it took three years to bring the record to fruition really shouldn’t come as a surprise considering all they had to overcome. In the end, rather than producing the album by themselves, they turned to Grammy-winner John Congleton to put the finishing touches on the record.

The one thing Jess, Milly and Emily Staveley-Taylor learned was how much strength they actually had. You can feel it coming through track after track. Right off the bat “Good Woman” makes that crystal clear. A simple organ phrase creates a tone, just two chords that establish how little it takes to start something truly powerful. By the time they sing, “Erased in the light/ I feel like a fool/ ‘Cause a game isn’t fun/ If I never know the rules,” it’s obvious this relationship is going nowhere and The Staves aren’t too proud to admit it.

Twinkling pianos give way to the large sound of drums as “Best Friend” offers up the notion of what it means to actually be someone’s bestie. The three harmonize, “We could be better/ Better than all of them.” It’s a moment of definition, with the song building strength as it continues, taking on a power and force all its own, a chorus of “ahs” sending the song into another dimension. The electronic keyboard fade-out shows how far the song has come, from a simple piano phrase to something much more ornate and revealing.

What The Staves have done with Good Woman is to establish a new palette for their voices. “Careful, Kid” opens all crunchy and metallic, harmonic-punk. The purity of their voices though ends up being so strong that along the way the structure seems to become more normal, even as the song keeps on playing up the buzzsaw elements. Bringing these two disparate streams into harmony is just another one of the trio’s melodic gifts.

It wouldn’t be out of place to label the Staveley-Taylors a female Crosby, Stills and Nash for a new generation. Where CSN had guitars, these women have added a bed of colors and found sounds that reframe the instrumental sound of folk music. Keys dominate “Sparks” even as the song opens on acoustic guitars, creating something stronger and bolder. The song builds even as the relationship goes in the other direction: “Is it over? Is it real?/ Did it hurt? Did you feel?/ I don’t talk, I can’t sing/ Any line, anything.”

Perhaps the best part of The Staves is the way they are able to focus up all their energy and bile in a way that sounds so amazingly sweet and lovely. There’s an upbeat, almost dancy vibe to “Failure” even as the song is recounting how bad a particular relationship ended up. “And I’m sorry if I pissed on your party/ And I’m sorry if all of us really killed your vibe/ So kind of you to think to remind me/ When I got so low/ But I really tried/ Let it go, let it die.” It’s hard to believe that a song so full of recrimination can actually be so appealing.

There is a point on the album where you begin to believe that The Staves almost make their lives sound too easy. As if all that pain, all that sorrow, all that grief just seems to roll off their back like so much water under the bridge. It’s not the pain that’s so appealing, it’s the blend of those three voices and the creation of music that combines the obvious with the exotic in a way that is hard to ignore. Good Woman proves that The Staves are a band worthy of all the praise that has been given to them over the years. If you haven’t heard them yet, it’s time to sit up and take notice.