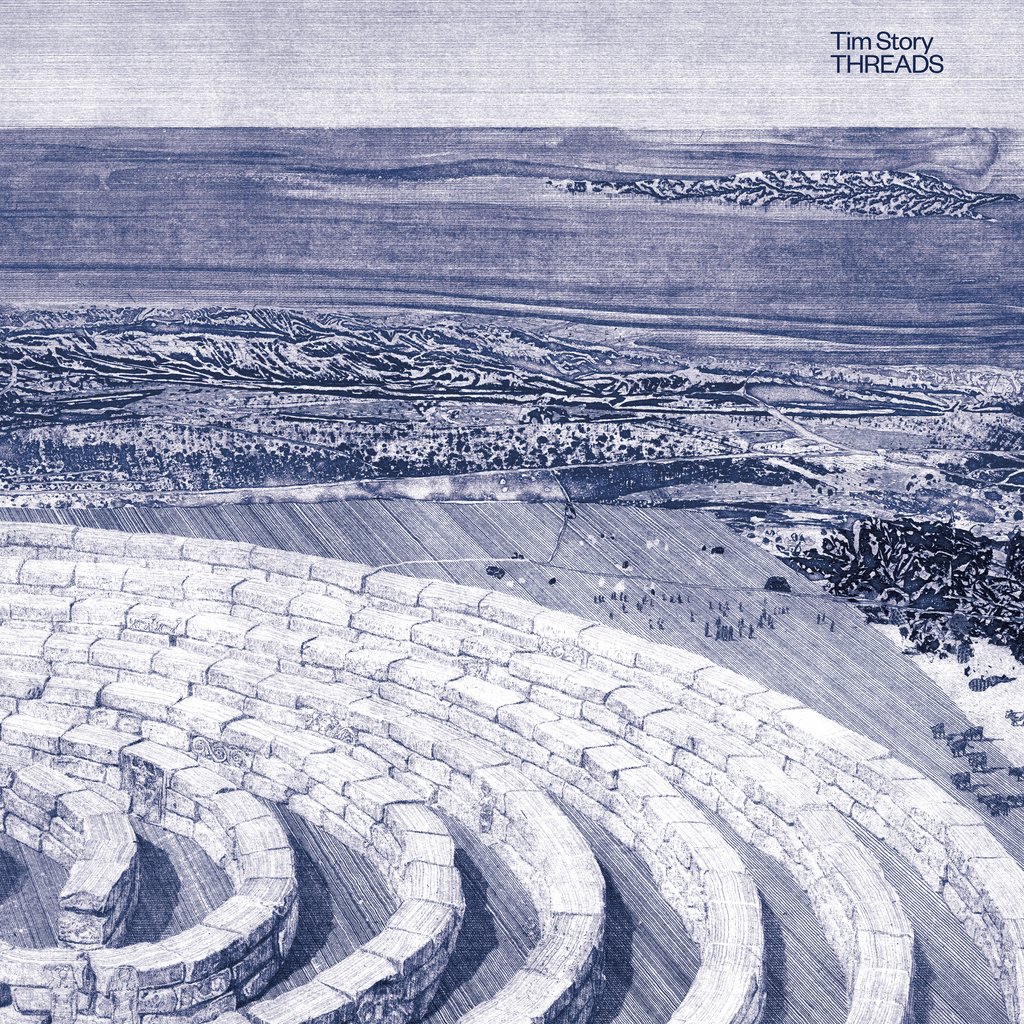 The threads are so clear in hindsight. Despite the album’s botched release due to a communication error between label and performer, Tim Story’s 1982 would-be debut has slithered into the realms of ambient, new age, vaporwave, political philosophy and video games. Threads is Oneohtrix Point Never nearly 30 years before he threw a VHS filter onto a lo-fi YouTube. It’s the ghosts in the machine in the works of Burial. Tim Story’s precognitive debut predates and reflects the musical philosophy of hauntology. Hell, it even predates bedroom lo-fi, recorded in Story’s basement bedroom in Ohio using a scrambled assortment of tools. Its magic was always there, a specter one moves through, but more substantive thanks to the enduring shadow it casts.

Threads is a document of individuality and DIY aestheticism. The album’s powerhouse is the Tascam 4-track recorder Story uses to lure depth out of a collection of instruments he gathered through friends and family. This included rather radical sources like an early PAIA synth kit, kitchen utensils and a secondhand vibraphone in addition to conventional resources like pianos and guitars. Story’s exploration of the synthetic and the organic are basic and evocative. He uses the analog equipment to fill in the gaps of traditional instruments and provides warmth to the analog through the traditional. Threads grants permission to explore the imagery it coaxes out. Story desired to find the details in electronic music and the space of the person rather than drafting gargantuan expeditions. He presents a world where the delicacy of classical music merges with the ambivalence of electronics.

Thus Threads’ vinyl rerelease by Dais Records is both predictive and reflective of its era. The tape loops foretell the avenues artists would chart with chopping samples, lower fidelities and transient atmospheres whereas his proficiency with synthesizers crystallize the album as a hallmark of the ‘80s. It bears the influence of Eno while hinting at the esoteric moods that new age music would adopt. Even separate mediums drank from Story’s well. The lo-fidelity synthesizers of “Tethered by a Thread” elicit a serenity commonly aped by video game soundtracks (C418’s Minecraft soundtrack springs to mind). “A Thousand Whispers” slumbers open then peels back like a flower’s petal. The lower end anchors the track into a meditation. It passes like the quieting of its namesake, silencing a thousand chirping voices. “Scene and Artifact” offers the most direct link to the blooming new age scene of the ‘80s as it melds Story’s synth keyboard with a rotating cast of guitars, pianos and chimes. It’s content to simply be, to occupy space and awareness in a philosophy new age yogis would later espouse, though with layers of fluff that do not burden the album. The most static track, “Without Waves,” is wound together like an Egyptian cotton bed of cyclical synths. There’s no variance across the eight minute runtime as Story’s palette floats in an experiential state. As a collection of tones, the album evokes instead of evolves.

Although Story’s record predates hauntology’s birth by a decade and its musical application by nearly two, Threads espoused the concept’s core tenant of ghosts of the past weaving their way into current expression. Dusting off the album reveals its place in history as a seed from which multiple branches sprouted. It is not dated nor decaying so much as it is the nucleus of an aesthetic that’s still mined nearly 40 years later. Threads represents the penumbras of German experimentalism seeped into Story’s synthesizers and kitchen utensils and the resulting pieces that disseminated beyond their progenitor. Yet Story didn’t strive for a grand vision – he was a man in his basement bedroom using what he could cobble together to document, as he puts it, “the path not taken… like the first chapter of a book that was set aside to begin another.” This rerelease is essential for a more concrete understanding of how the past grows with the present beyond nostalgic fetishization.