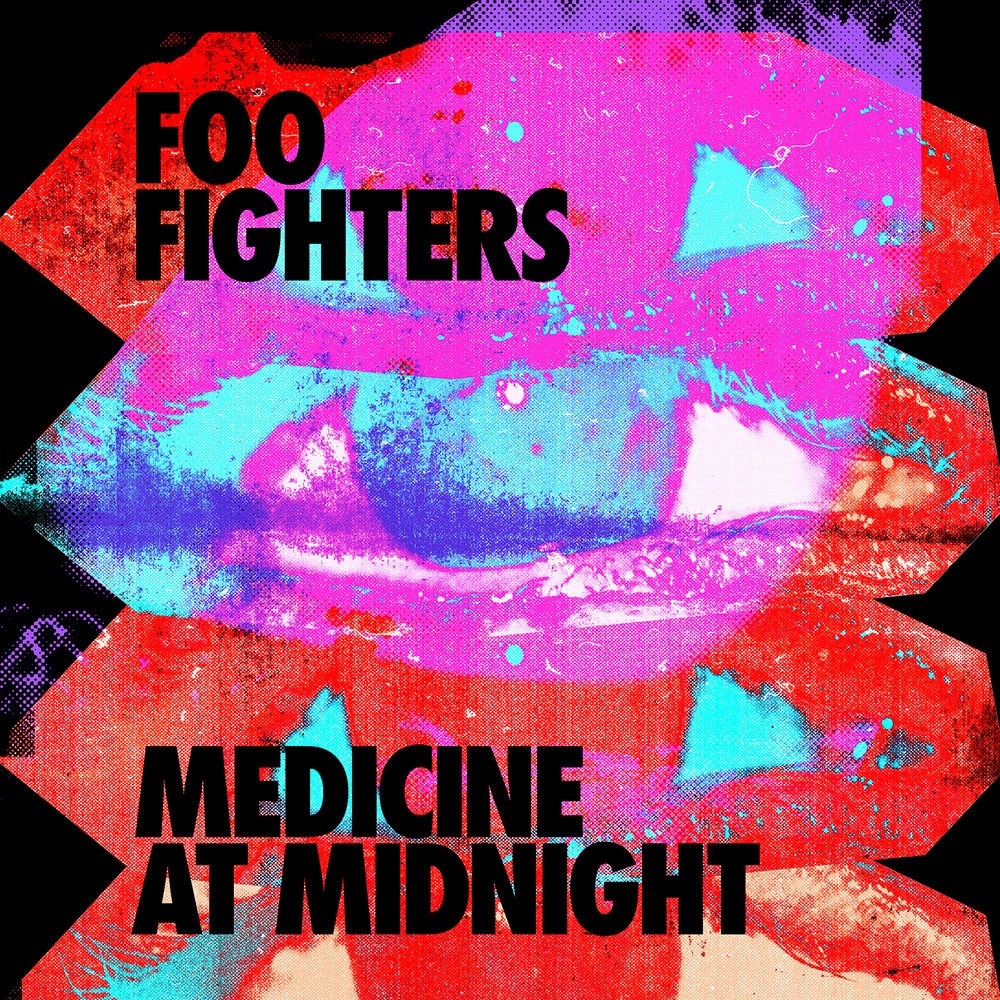 Although Dave Grohl’s career began in the underground and came to fruition out of the grunge scene, Foo Fighters have always been essentially a mainstream rock band. Grohl’s been wise to embrace his more radio-friendly songs, as the group steadily produces exciting, valuable rock in an era where classic rock influences don’t necessarily garner a band critical or commercial success. It has meant, though, that the band sticks to fairly comfortable song structures, often relying on big choruses and memorable guitar hooks. With 10th album Medicine at Midnight, the band suggests some left turns, but mostly sticks to their comfort zones. Foo Fighters are great at what they do, and their latest album is them doing what they do, which means we get another set of quality rock, but with few surprises.

Grohl has proven himself to be one of the industry’s more likable stars, highlighted by his recent drum battle with a kid. It’s no shock, then, that the group would set out to make a party record. Medicine certainly is fun, and occasionally even dance music, with its optimism present even on songs that take a darker look at life (“No Son of Mine”). The title track connects to early ’80s pop, one of the songs that enabled Grohl to compare this record to David Bowie’s Let’s Dance. There’s room for neon lights or maybe a mirror ball here, a nice twist on the usual Foo sound.

At the same time, Grohl’s statement works better in reference to the album’s attitude rather than its actual sound. Foo Fighters still mostly rock out. Opening cut “Making a Fire” has all the trappings of a perfect radio song (maybe one from the late ’90s), with its hook certain to make an appearance in a guitar magazine or two. All of that, like much of the album, speaks both in favor of and against the record. While it’s catchy and enjoyable, it’s also instantly catchable. Foo Fighters fans can celebrate the band’s persistence with a sound that they do as well as anyone, just adjusted a little more toward the pop end of things. Anyone looking for something unexpected or for a band challenging itself should look elsewhere.

Given that status, the band fares well. “Shame Shame” mixes vocal styles and dynamics well. If it doesn’t break new ground, it still makes space for itself. “Waiting on a War,” while carefully orchestrated, could have fit on most of their albums. Grohl questions whether we can get more out of life than the stress of “waiting for the sky to fall.” He can’t name a specific way out, but both his vocals and the song’s gradual build suggest that there must be one, and that we owe it to ourselves to find a way to something better.

The album ends with the very contemporary-sounding “Love Dies Young.” Grohl resists falling in love because he knows things fall apart. Somehow that resistance turns into an anthem. The juxtaposition of the party music with the disenchantment suggests that we don’t really want to buy into the lyrics. Foo Fighters end their good-times record yelling about early death, but they don’t really feel that way. They haven’t fallen out of love with what they do. The energy and the joy in their performances come through, even if the album maintains a pretty steady arc in the ease of an old romance.