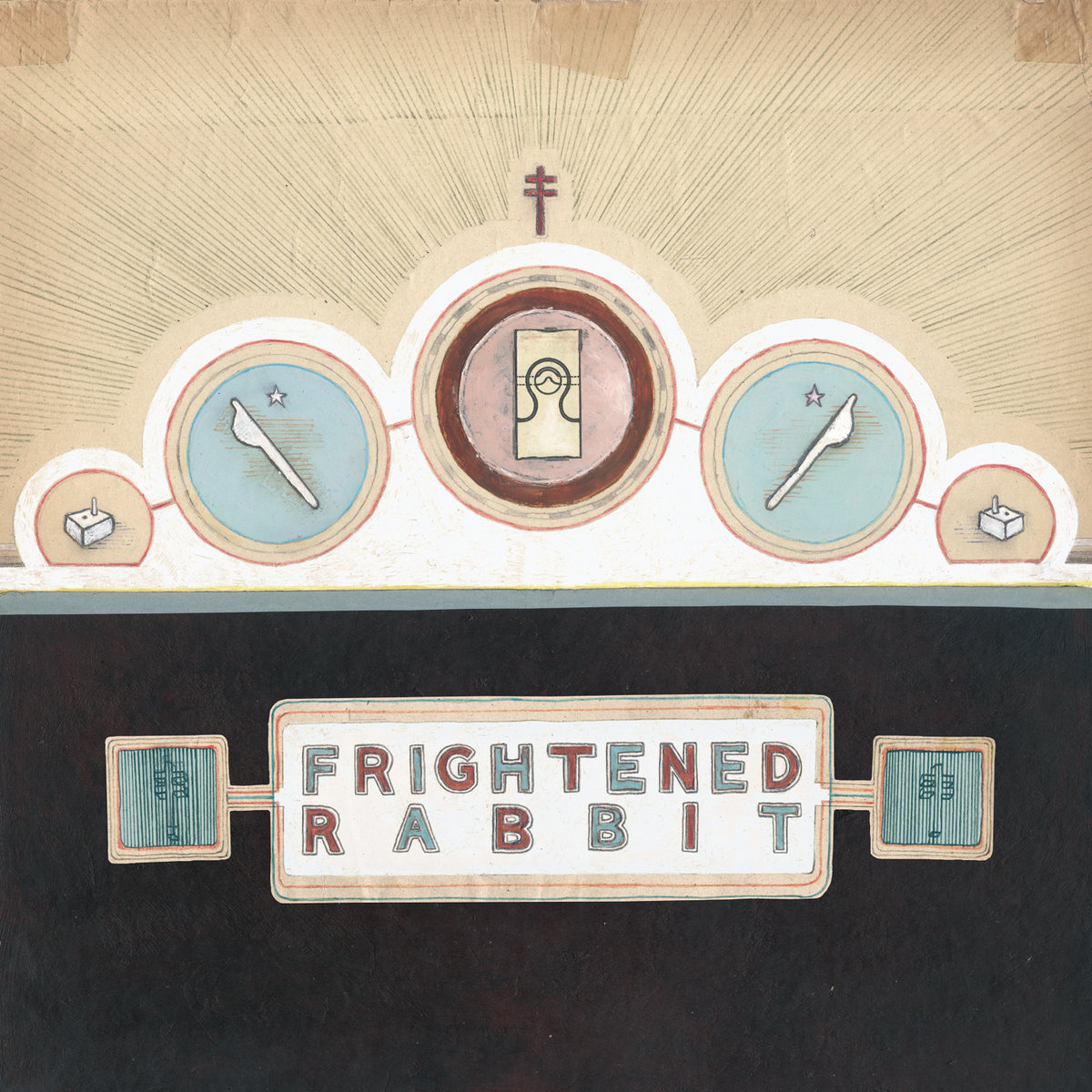 There’s just something overwhelmingly special about The Midnight Organ Fight. Though it’s not actually the first record by Frightened Rabbit – 2006’s Sing the Greys joins a storied tradition of debut albums that are ignored for being permanently in the shadow of what came after – but it presented us with Scott Hutchison’s vision for the band, fully-formed and entirely bulletproof. It gives us bouncy, must-sing songs that use their pervasive poppiness to help mask desperate, crippling sorrow. Romantic turmoil, substance abuse, and suicidal ideations abound – for some strangely-triumphant ennui, look no further than the absolutely punishing “Floating in the Forth,” which hauntingly details the method that Hutchison would used to commit suicide a decade after writing it. Midnight Organ Fight was also the kind of breakthrough that was so immediately beloved, it lead listeners to wonder: How the fuck do you follow that up?

Just two years later, the band returned for The Winter of Mixed Drinks. In general, the band’s core aesthetic between albums would remain unchanged, but it would be filled out: they added guitarist/keyboardist Andy Monaghan to the roster and roped in strings and woodwinds, their inclusion tasteful enough that it didn’t feel like they were aiming for unearned majesty – what changed the most came in the tone of the music, and how Hutchison conveyed his feelings. But what sets Winter apart is the fact that it did something almost miraculous: it didn’t do a single thing to try and replicate the magic they conjured on Midnight Organ Fight. This would become the norm for the band, but at the time, anyone who clung tightly to the music of Winter’s predecessor found themselves sighing with relief that they were able to completely avoid resting on their laurels.

The best way to do it is to destroy and rebuild, a concept that opener “Things” is quick to meditate on, but on a much more personal scale: “I didn’t need these things, I didn’t need them, oh/ Pointless artifacts from a mediocre past/ So I shed my clothes, shed my flesh/ Down to the bone and burned the rest,” Hutchison sings, his frantic voice gleeful in how it overruns the meter, his pitch lifting in conjunction with the chugging guitars. The chorus of “Things” presents us with a thesis statement for Winter of Mixed Drinks: when you overcome a punishing heartbreak, how do you overcome the sorrow and learn to live as best as you can? It’s no accident that the ocean plays a recurring role in Winter, presenting a tangible stand-in for the all-consuming, unknowable, inky blackness of heartbreak. But if Hutchison’s lyrics are any indication, the most honest way to do it is by being honest about his truth: he’s a bruised and bumbling mess of feelings that still grasps at a happier existence.

This presents its own problems, of course. In “The Loneliness and the Scream,” he screams to “prove to everyone that I exist” and dances through the myriad meanings of what it means to “be here”: “Am I here? Of course I am, yes/ All I need is your hand to drag me out again,” singing as someone who has socially and mentally vanished. He also rallies against the follies of being young in the chugging album centerpiece “Skip the Youth,” where he, as a 27-year-old, demands that the Merry-Go-Round stop: “Skip the youth, it’s ageing me too fast/ Skip the youth, it’s ageing me too much,” a sentiment that will ring all-too clearly for anyone who has found themselves exhausted by youth’s instabilities and stressors. Plenty of the feelings he bares are incredibly clear to anyone who has gone through an ugly breakup, like in “Nothing Like You,” where he’s able to take off the rose-tinted glasses admit that his ex-lover “Was not the cure for cancer/ And all my questions still ask for answers,” or in “Not Miserable,” where he realizes that he’s alienated anyone in his life who might be interest in learning that he’s stopped being so fucking sad. Then, of course, there’s the moments of backslide: “And first it bleeds then it scabs/ I feel like a hemophiliac,” he whines on closer “Yes, I Would,” a clarion call to anyone who found themselves feeling more like an open wound than a real person.

Just like Midnight Organ Fight, there’s not a single dud within the walls of The Winter of Mixed Drinks – up to and including the band’s now-standard interludes that serve as codas, though they’ve scaled back to the singular “Man/Bag of Sand,” a reprise of the bulletproof single “Swim Until You Can’t See Land.” Songs that might have been more boneheaded in the hands of a lesser band become unimpeachable, like “Living in Colour,” which has the bombast of a song that was conceived to be a radio-friendly single, but then dodges all of the trappings that come from many songs like it by trading in dopey lyrics for vivid and – yes – colourful imagery. Even the sequencing is brilliant, each song beautifully blending with and complementing the next; the album is just 45 minutes long, but the lack of fat on it makes it breeze by almost too fast.

The only thing that The Winter of Mixed Drinks doesn’t have going for it is that it isn’t The Midnight Organ Fight, an undeniable high water-mark set by a band that, at the time, didn’t really seem like they could exactly improve on what they’d done. That said, it shouldn’t be held against Winter that it can never be its predecessor, in the same way that we can’t begrudge Antics for not being Turn On the Bright Lights. It’s easy to see, though, that Winter of Mixed Drinks needs to exist – Midnight Organ Fight’s last full song is “Floating in the Forth,” with Hutchison fantasizing about his own suicide before deciding to belay the act – not permanently, but instead saving it for “another year.” Winter shows us what comes after you’ve shakily climbed out of those depths and stumbled towards being able to believe that it will get better.