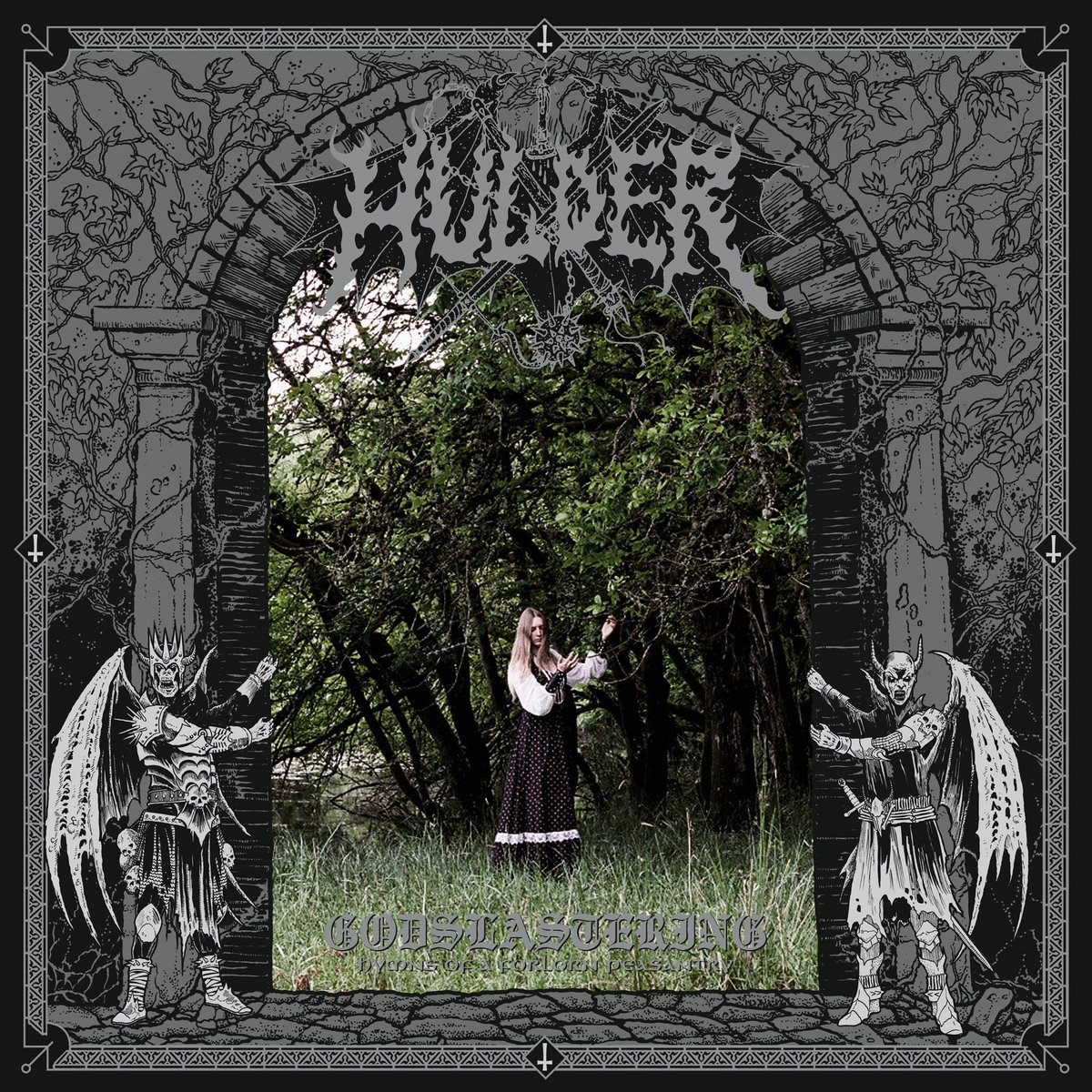 If the recording of Godslastering Hymns of a Forlorn Peasantry were more coarse it could be salvaged from a dingy time capsule alongside early Darkthrone and Burzum tapes and not appear out of place. That is to say Hulder adores black metal and Godslastering Hymns of a Forlorn Peasantry is the type of adoring black metal album recounting a time when Tolkein imagery dominated. It’s not black metal revival – the genre has evolved and simultaneously remained stagnant enough to never outright disappear – but it’s genre worship that trims the excess and rigidity for a lean piece that runs the gamut of classic black metal tropes.

The project is a one-woman symphonic black metal act that embodies the fantastical elements and disregards the larger, evil ambitions seeded in the genre. Hulder is unfazed by the current state of black metal and uninterested in garnering the praise of the press or cohorts. Godslastering: Hymns of a Forlorn Peasantry is her projection of mystical visions compounded with darkness, self-power, loss, sorrow and ultimate triumph that draws from her fascination with the medieval architecture she matured around in Belgium and the dreary weather of her current home, Oregon. In short, she is an amalgamation of metallic iconography.

Hulder reconstructs the genre’s greatest hits into mobile frameworks. There are pieces of ’90s Norwegian black metal, smatterings of NWOBHM influence and delegations into folk and dungeon synth. Most prominent is how much Hulder draws from a place in the nightside eclipse. Hulder brews these components together through seamless transitions and proactive songwriting. “Sown in Barren Soil,” commences with pagan folk strumming then snaps necks as the tempo sprints forward. As the piece enters its final minute Hulder reintroduces the acoustic melodies atop jagged throbbing. It’s rare for Hulder to stay in one place for too long as she introduces new ideas or swaps tempos nearly every two minutes. Her spirited songwriting conjures moving pictures of black metal’s heavyweight releases. Even the largest transgression, the combination of dungeon synth and naturalistic folk “De Dilje,” is ever-morphing. Synths materialize from a ghostly cell with folk fingerpicking to contrast the high octane assault of the rest of the record. Hulder growls like a forest spirit stalking a trespasser through forbidden woods. A keen sense of composition is documented in “Lowland Famine” wherein haunting synthesizers strengthen ravenous tremolo picking to mesh into a virulent nest.

Of further note is Hulder’s throaty, guttural vocals. She never passes into the realm of the possessed, employing more of a feral bark that’s relatively comprehensible. She maintains this ferocity throughout the frighteningly tranquil “De Dilje” so the track maintains the barbaric tone set by the rest of Godslastering. The introduction to “A Forlorn Peasant’s Hymn” is where Hulder unveils her biggest surprise; clean vocals like that of a fair maiden strumming a lark. Hulder nurses as elegantly as she growls, feigning virginity until she drops the garb of innocence and plunges into hell with sweltering hostility. The only time the record dips in quality is “Purgations of Bodily Corruptions”. It comes off the back of “De Dilje” with dancing cymbals, dueling guitars and mystical synths that are unfortunately trapped in a midtempo waddle. The track is anchored by a solid riff but it is lethargic in the face of the rest of the record’s dynamism.

Hulder succeeds by trampling over many of the pitfalls that ensnare other solo black metal acts. She respects the genre too much and is far too interested in zestful compositions for Godslastering: Hymns of a Forlorn Peasantry to become an aesthetic-adhering retread. She isn’t trying to insert her place into black metal’s history. She selects the juiciest cuts of steak from the cow and seers them into a divinely coated burger.