February 25, 2021
Home Books What Becomes a Legend Most: by Philip Gefter 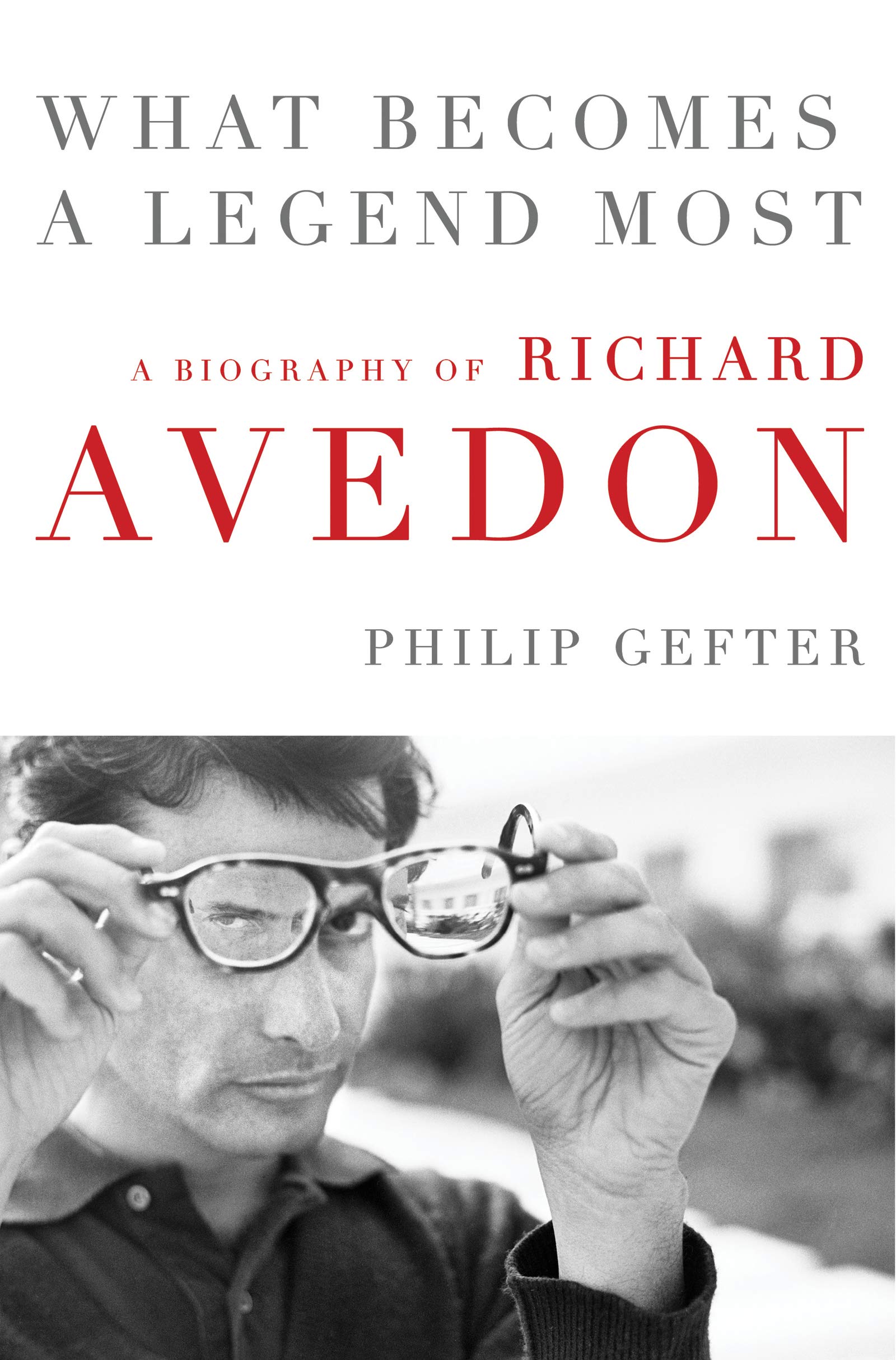 Richard Avedon would be disappointed to learn that, outside of fine art circles, his best-remembered images include his portrait of Nastassja Kinski with a boa constrictor wrapped around her naked body and a Calvin Klein ad campaign that featured a teenage Brooke Shields stage whispering that nothing comes between her and her Calvins. Philip Gefter has penned the first comprehensive biography of Avedon, spanning the photographer’s life up to his death in 2004.

The narrative is structured around three issues: the prejudices Avedon faced because he was Jewish, questions about his sexuality and his desire to be known as an artist rather than a commercial photographer. While Gefter carries these threads throughout the book, his tacit argument is that Avedon’s cultural influence, due in part to his coterie of friends, far exceeds what is generally considered as his legacy. The author’s research is exhaustive. His interviews with Richard Avedon’s friends and family make a significant contribution to the book. Archival evidence is displayed in detailed descriptions of Avedon’s fashion shoots, primarily for Harper’s Bazaar in the ‘50s and ‘60s. Gefter discusses color, cloth and couture along with explanations of how sites for photo shoots were selected or created. The professional history and personal connection of each model is also surveyed. These details are indeed exhaustive and at times exhausting.

For readers unfamiliar with the culturati of the mid-to-late 20th century, the offhand mention of dozens of artists, actors and cultural influencers are an endless and informative distraction. Gefter routinely provides explanations of how each individual fits into both Avedon’s life and the larger cultural scene, but the abundance of characters is reminiscent of a Dostoyevsky novel that includes a massive family tree in the opening pages.

Avedon grew up in New York City in the years between the world wars. At DeWitt Clinton High School, he forged a close friendship with James Baldwin, who went on to become a revered author and activist. Avedon and Baldwin co-edited the high school’s literary magazine, and during their senior year, in 1941, would sneak into jazz clubs in Harlem. Through his life, the photographer drew close connections with esteemed individuals, sometimes coincidentally and at other times, as Gefter explains, through Avedon’s efforts to charm people whose fame or wealth could fuel his own success.

Choreographer Jerome Robbins and conductor Leonard Bernstein, both Jewish men around the same age as Avedon, became not only his friends but also beacons of his aspirations for success. Bernstein’s bisexuality was an open secret, making him one of Avedon’s few close friends who willingly explored his sexuality in a time when social sanctions against gay life were extreme.

Avedon’s photography practice began following high school, when he enlisted in the Merchant Marines and was tasked with shooting identification photos of seamen as they arrived at the training station at Sheepshead Bay in Brooklyn. The photographer said decades later that this simple portraiture impacted his aesthetic by creating a focused interest in other people and how they present themselves to the camera, and to the photographer. Avedon’s distinct style of portraiture strips away potential distracting backgrounds to focus intently on the subject against a white background. Gefter often describes Avedon carrying this blank backdrop with him everywhere he went to make portraits.

His first cover shoot for Bazaar was the fashion magazine’s January 1947 issue, introducing, according to Gefter, “what will long become identified as the Avedon woman–slender, androgynous, natural and spontaneous, spirited, unselfconscious, a bit kooky and utterly self-assured.” In creating this idea of a stylish postwar female figure, Avedon also created the trademarks of his style as a fashion photographer.

As Avedon’s success as a commercial photographer grew, so did his desire to be known as an artist. That desire is complicated, in part, by the view that photography was not yet considered art. In 1955, Avedon photographed Marilyn Monroe for Bazaar, a significant achievement, yet he was also deeply dedicated to his inclusion in The Family of Man, a landmark exhibit of photographs at the Museum of Modern Art. Among the 265 photographers featured in the show were Henri Cartier-Bresson, Diane Arbus, Helen Levitt and Robert Frank, and Avedon longed to be included among their ranks.

In his work for Bazaar, he was becoming one of the leading commercial photographers, shooting both for advertisements and editorial features. On New Year’s Day 1961, Avedon photographed President-elect John F. Kennedy and his family in Palm Beach. Later that year, Avedon was in Paris for the annual magazine shoot for the new designer season. He was a devoted fan of classical music and ballet, attending performances whenever possible. Granted the opportunity to take publicity photos of dancer Rudolf Nureyev the day after he defected from the Soviet Union, Avedon was able to create an intimate environment with the dancer, eventually encouraging him to undress and pose naked. The Nureyev photograph was among those included in museum shows late in Avedon’s life as evidence of his work as an artist.

Avedon’s sexuality is part of the focus of a chapter titled “Fire in the Belly,” covering the years 1963 to 1965. Gefter begins by noting that Avedon had an hour-long appointment with a psychiatrist, five days a week, that he attended for decades to grapple with his homosexuality.

Gefter refers to the memoir written by Avedon’s business manager Norma Stevens, who was reportedly Avedon’s confidant regarding his sexual encounters with strangers. Her book also detailed Avedon’s romance with director Mike Nichols, a lifelong friend. For confirmation, Gefter turned to Nichols biographer Mark Harris, who said there is no direct evidence of a sexual relationship, but that it would not be impossible that Avedon and Nichols were lovers. In the ‘80s, Avedon had a romantic relationship with Bob Reicher, a young Jewish attorney. Although the two spent considerable time together and traveled together, Avedon never publicly acknowledged their relationship.

The combination of creativity and ambition made Avedon a wealthy man. His financial success is detailed throughout What Becomes a Legend Most, although Gefter makes clear that Avedon always came up with new ideas for projects and pursued them with tremendous energy and interest. In his lifetime, Richard Avedon was the first photographer to feature an Asian model and an African American model in an international fashion magazine. He was the first living artist to have a retrospective exhibit at the Metropolitan Museum of Art and published 14 books of photographs, essays and other writings.

At times, Gefter’s treatment of Avedon seems harshly critical. Considering the thousands of hours the author spent focused on this one person, growing weary of his subject would seem natural. He also portrays Avedon honestly as the complex person that he was: self-involved, troubled by critique and ambitious at any cost, Avedon was also creative, intellectual and loyally devoted to his inner circle, while also tending to be impatient with them as well. Gefter’s care in recounting Avedon’s life is a major contribution to the history of 20th century art and culture.

The author, despite writing about mental health difficulties and memory loss, writes on a …