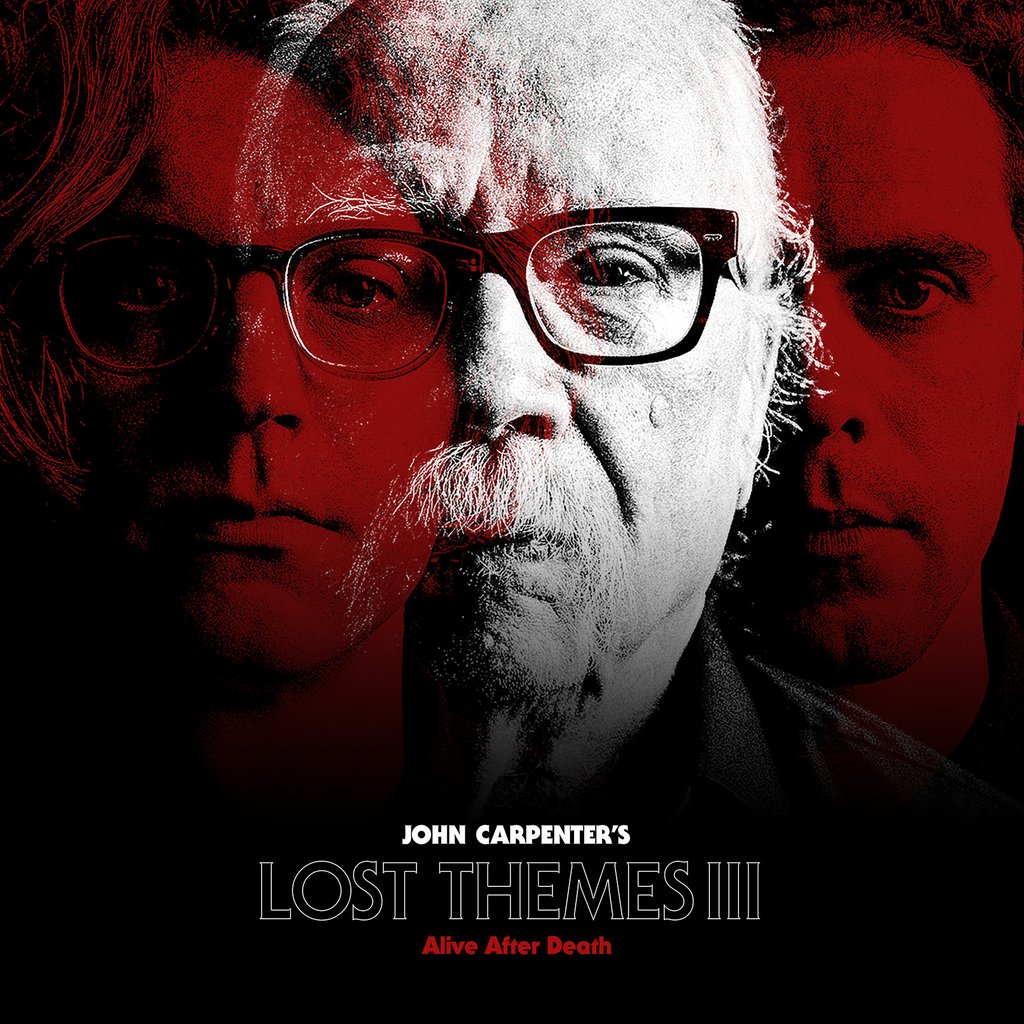 As with the other albums in its series, Lost Themes III: Alive After Death finds the legendary, quasi-retired film director John Carpenter vaguely reconnecting to cinema by way of imagining soundtracks to films unmade. In the years since his last album, Carpenter has made an actual return to film music, scoring David Gordon Green’s sequel/reboot to his vaunted Halloween, which gives this LP a bit more of a valedictory feeling than the last two, as if working with the affirmation that he still has the touch to do this “for real.” As has been the case with these records, Carpenter relies on a core style of icy synths and industrial guitar that began to define his score work circa 1987. Indeed, at first blush, everything here sounds as if Carpenter could have made a demo of it no later than 1995 and dusted it off for an updated recording.

And yet, even more than its predecessors, Lost Themes III illustrates just how large of an impact Carpenter has had on the musical landscape. About half the songs here feel like less prospective film cues than self-sustaining pop works in their own right, ones that link up to the odder aspects of Carpenter’s influence on the wider world of electronic music. “Weeping Ghost,” for example, has a disco sheen and a glittery stomp redolent of early dancefloor remixes of his actual film themes, adding a throbbing energy and bright keyboard flourishes to a grim, nervy foundation. “Cemetery” takes the creeping synth pulses of Carpenter’s classic work and ups the beats per minute of the sequencer to make for outstanding neo-noir car chase music instead of the more ominous atmosphere he usually conjures.

Backed only by his trio bandmates of son Cody also on synths and Daniel Davies on guitar, Carpenter works with few bells and whistles. That it takes so little changes to the Carpenter formula to recast his music is a testament to the mutability of such an elemental style. “Skeleton” swiftly complicates its grim march with an offsetting sunny synth line, and Davies’ guitar roars in with fuzzy chords that only elevate the mood further before the track pivots into a colder, more methodical dirge, as if regressing to Carpenter’s mean. “Turning the Bones” seems to delight in how much contrast you can get from two synths each playing minimal patterns, with the Carpenters sliding in and out of harmony while generating tension from the difference between the more sustained, howling notes of one and the sturdy, cyclical rhythm of the other.

Elsewhere, Carpenter shows how easily his work can cross over to other realms of soundtrack music. Listen to the creepy percolating synth line and canned choral vocals of “Dead Eyes” to hear maybe the most classically Carpenter-esque track here but also one that could easily pass as a 16-bit era console soundtrack cue (slip this into a Castlevania mix and no one would be the wiser). The sparse line that opens “Dripping Blood” straddles a fine line between Carpenter’s gloom and the twang of Ennio Morricone’s spaghetti western scores in a spiritual nod to the pair’s meeting on the soundtrack of The Thing.

The album ends with “Carpathian Darkness,” which begins innocently enough with an unvarnished piano line before descending into some of the most abstract terrain of Carpenter’s musical career, with whining synths and frigid wind effects undercutting the piano. Even the guitar intrusion halfway sounds more like a Gothic organ than one of Carpenter’s usual grinding riffs. The track adds new textures to the master’s grasp of unsettling moods, and it makes for a great contrast with the opening title track. Within the context of Carpenter’s macabre canon, “Alive After Death” conjures images of zombies and Lovecraftian monsters, but here the grim opening synth line is buoyed by a twinkling counterpoint that lends an unprecedented tone of hope to Carpenter’s chilling discography.

Perhaps the novelty of Carpenter’s non-film music has worn off in the years since the previous Lost Themes, but in many ways this installment feels like a culmination for a man who first made his own film music as a cost-cutting measure and whose first score of note, for sophomore feature Assault on Precinct 13 was based around a blatant rip-off of Led Zeppelin’s “Immigrant Song” on a primitive synthesizer and then went on to improbably become arguably the most influential film composer of his era. Carpenter takes an earned victory lap here, prodding at the limits of his style and playfully finding new contexts and moods for it. Carpenter is one of the greatest of genre filmmakers, yet here is the latest ample evidence that he may be even more significant a musician.