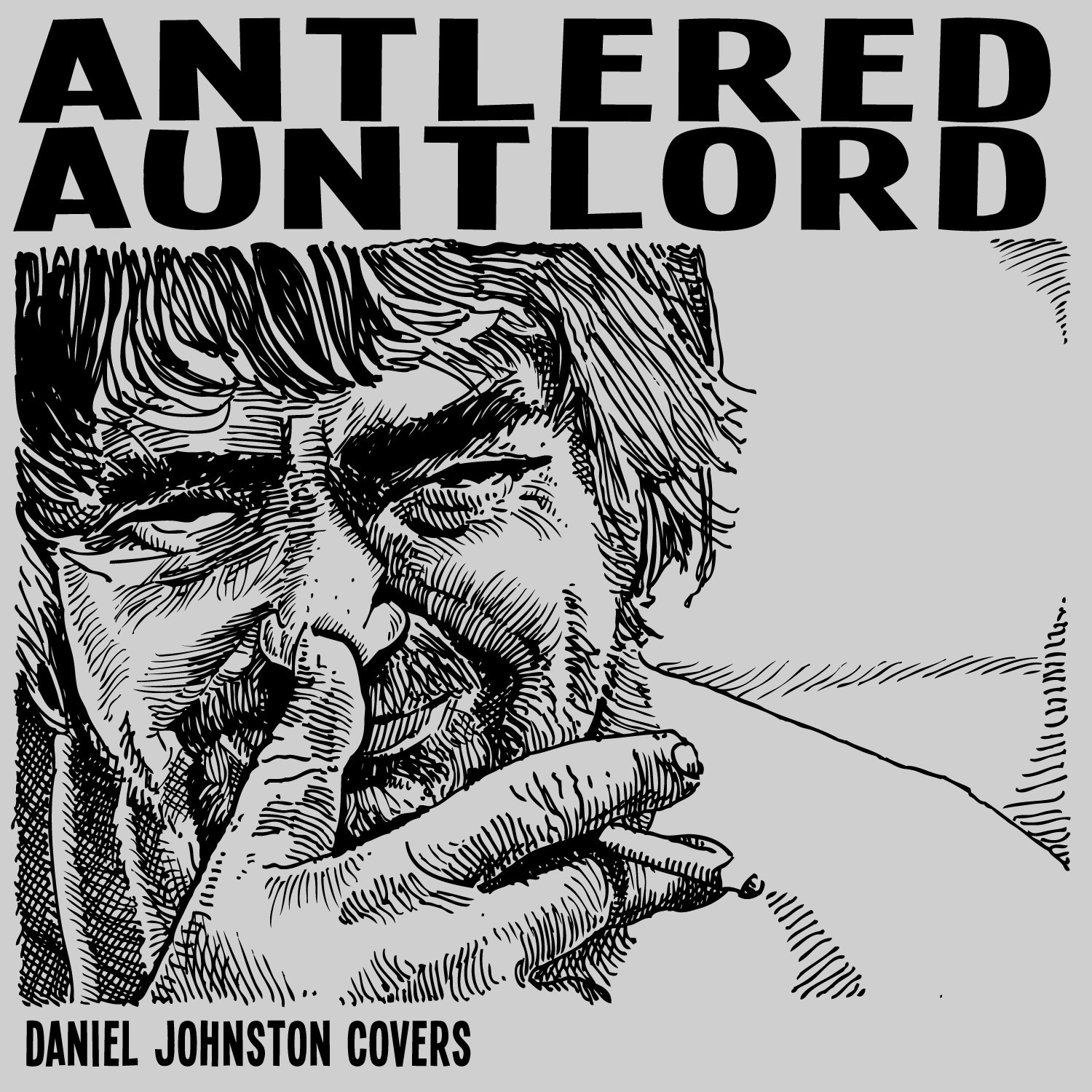 Unique among songwriters of his stature, much of Daniel Johnston’s work may be better known via covers than his own original versions of his songs. In fact, there was a long period before the release of his 11th album 1990 (recorded in a series of abortive studio sessions and chaotic live dates in 1988) and its still-pretty-lo-fi follow-up Artistic Vice (1991) when the only professionally recorded Daniel Johnston songs were covers. There’s also the matter of taste; even outside of his seminal 1981-1988 home recordings, his wavering, childlike voice was never going to be as easy to sell as his generally melodic, traditionally structured and powerfully moving songs.

One result of this is that there are already a wide range of Daniel Johnston covers and tribute albums available, from the high-end, professional compilations intended to bring his work to a wider audience, like The Late Great Daniel Johnston: Discovered Covered, released in 2004, long before his death (Eels, Beck, Tom Waits et al.) and Kathy McCarty’s Dead Dog’s Eyeball (1994) to the underground-but-polished tributes like Shimmy Disc’s 2006 I Killed The Monster; 21 Artists Performing the Songs of Daniel Johnston and Apskaft’s 2011 Tribute to Daniel Johnston to heartfelt oddities like Japón Records’s frankly amateur/eccentric Hola che, como andas? (Homenaje Argentino a Daniel Johnston).

The Daniel Johnston Covers Tape fits comfortably into the underground category, but its genesis sets it apart from the average covers album. Like last year’s excellent Built to Spill Plays the Songs of Daniel Johnston, this is a record that has a genuine connection to Daniel himself. These 15 songs, performed by Antlered Aunt Lord ‘s Jesse Stinnard with Jake Ward and Marie A. Uhler of Eureka California, were originally recorded and sent to Daniel Johnston himself to allow him to rehearse for his scheduled headlining appearance at HHBTM’s 2016 Popfest which, as it turned out, was canceled due to adverse weather conditions. The trio were to have been Johnston’s backing band, and the album is therefore a setlist rather than a “best of” although most of his best-known songs are included. This means, among other things, that the main purpose of the covers was not to particularly make Johnston’s music more accessible. In fact, as befits the resolutely lo-fi/outsider nature of the HHBTM label, in the cases of more polished songs, such as “Silly Love” and “Fish,” the covers presented are actually rougher and more ragged than the originals. It works though, because—as with the best Johnston covers, by artists like the BMX Bandits and Sparklehorse—his songs sound best when performed with a degree of vulnerability.

It’s interesting that these were, more or less, the backing tracks as envisioned for a Daniel Johnston performance, because on the whole, the songs have a more punky, garage rock feel than the pop that was mostly implied by the original versions. Even so, the poignant melodies cut through easily on vibrant standouts like “Bloody Rainbow,” “Walking the Cow” and even the “Louie Louie”-flavored version of “Speeding Motorcycle.” These songs benefit hugely from the band’s tight, minimalist arrangements and from Stinnard’s sensitive, somewhat Johnston-like voice—less otherworldly than Johnston’s, but also perhaps more reliably pitched. That said, it’s not a very varied approach and some songs, like the usually beautiful “Living Life” lose a certain amount of their subtlety and fragility from the energized rock approach, while the less tuneful, plaintive or just flat-out miserable songs like “Syrup of Tears” and “Hey Joe” are—as, it should be pointed out, are the original versions—a bit leaden.

In the end, the best versions of Daniel Johnston’s songs will always be his own, but nevertheless this is a pretty good album—and perhaps because of the nature of the recording, it’s one that feels greater than the sum of its parts, as if the presence of Johnston himself hangs benignly over it. I think he would have liked it.