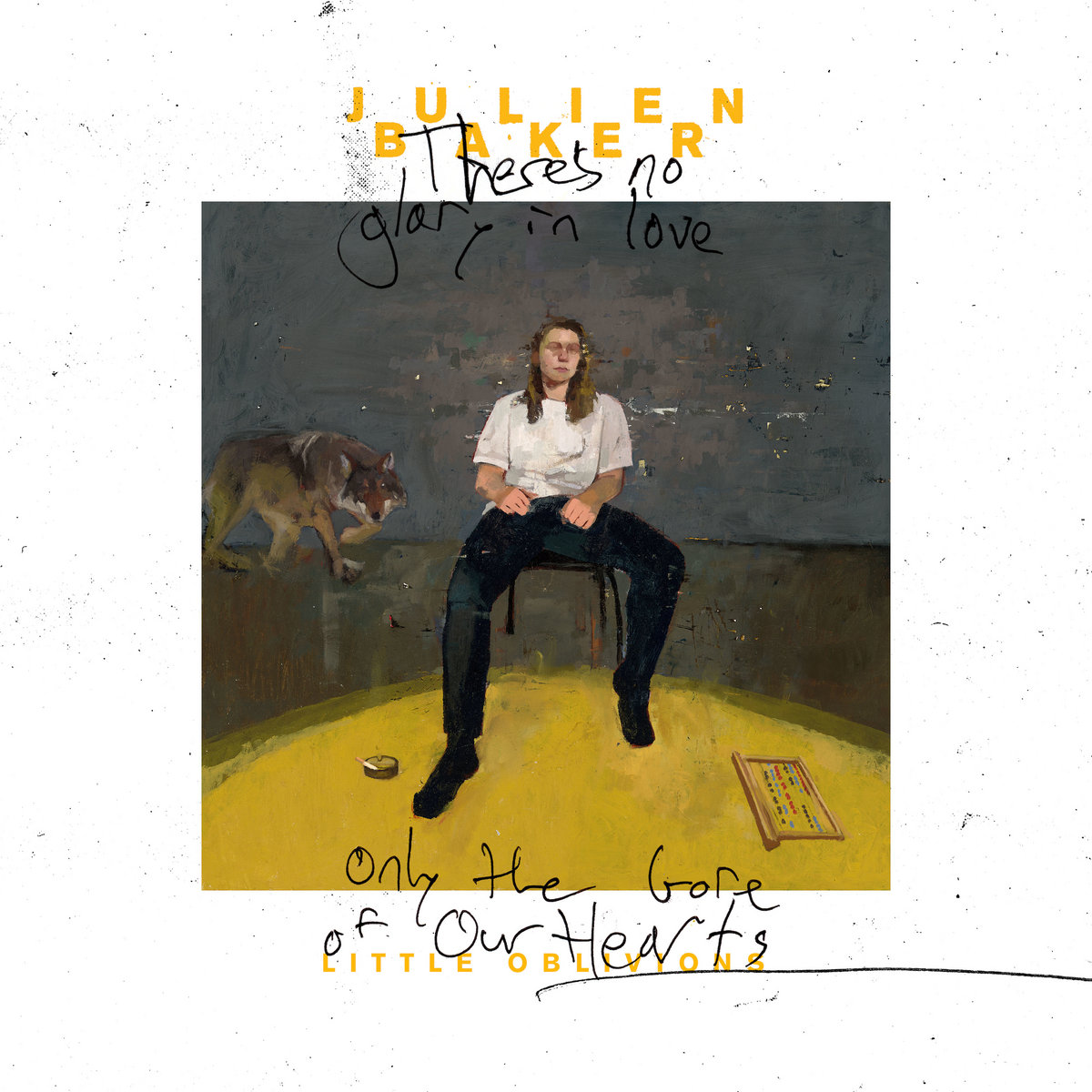 Over the course of a half-decade and three albums (four, if you count her work with indie supergroup boygenius), Julien Baker has rapidly developed from a wunderkind songwriter of spare confessionals to an artist closer in spirit to the wave of ambitious, protean women of the ‘90s alternative scene. Turn Out the Lights boasted a pivot from brittle, guitar-and-a-microphone songs to fuller arrangements with numerous contributing musicians, creating a sound she somehow managed to translate to her solo tour in which soft, tender ballads could suddenly turn into walls of noise as she looped her guitar and piano and bolstered her quivering voice with new dimensions of sound the deepened the self-doubt, anguish and anger in her lyrics.

Little Oblivions reverse-engineers that live approach back to the studio. Barring guest vocals from her boygenius compatriots Phoebe Bridgers and Lucy Dacus on “Favor,” Baker is the only credited musician on her albums, which comes as something of a surprise given the sheer grandeur of the arrangements here. Building off of the fuller alternative sound of both her previous album and the power trio oomph of boygenius, Little Oblivions has a swelling bombast to many of its tracks. Opener “Hardline” centers a twanging guitar line that it then swallows with roars of distorted, almost post-rock guitars. Lyrically, the track contains all the usual elements of Baker’s work: its first lines are an acknowledgement of substance abuse issues and a desire to overcome addiction that is hampered by the pain of lost love. “Until then I’ll split the difference / Between medicine and poison” she sings to the person who called her bluff and left. Baker turns the soaring atmosphere of the music on its head, marrying the most intense crescendos to the bleakest confessions as when the guitars absolutely erupt in mock ecstasy right after she sings “Oh, it isn’t black and white/ What if it’s all black, baby?/ All the time.”

This simple but brutal contrast defines the album. “Bloodshot” sets angular, soft riffs against each other over a crunching drum pattern, whose forward snare march is rendered confused and directionless by the guitars in a fitting reflection of the lyrics’ sense of sliding backwards into self-harm. “Faith Healer” uses a faint, skittering clap track to add a nervy undercurrent to delicate guitar filigrees, while “Repeat” similarly sounds like lo-fi brought into sudden clarity, its light crackle nonetheless brought into sharp relief by ample production space. Even “Crying Wolf,” one of the LP’s most stripped-down tracks, consists mostly of a spartan piano, yet every time Baker reaches the chorus she hits a chord that seems to produce a small world of mournful, yearning noise in the form of stretched out, wordless vocals and a whining electronic moan.

Written in the aftermath of a relapse, Little Oblivions takes Baker’s already grim lyrical outlook into its most perilous depths yet. The masochistic, self-annihilating streak that runs through Baker’s lyrics pushes into unsettling terrain at times. On “Hardline,” she asks “Would you hit me this hard if I were a boy?” before admitting “it’s just the sort of thing that I enjoy”. “Song in E,” making its studio debut after a few years of workshopping on the road, is an excoriating account of taking responsibility (“I wish that I drank because of you/ And not only because of me”) that ends with one of the most haunting moments in Baker’s discography to date when she croons “I wish that you’d just hurt me/ It’s the mercy I can’t take.” Her use of Christian imagery as both a reflection of her faith and her struggles with it recurs throughout, as on “Ringside” in which she begs “Jesus can you help me now” before curdling that humbling sentiment with “Trade me in, I’ll get a briar crown.”

“Bloodshot” contains a line that perhaps compresses Baker’s entire lyrical worldview into a single line when she sings “Everything I get I deserve.” In that one sentiment contains her struggles with addiction, identity and depression, all wrapped up in an ongoing tussle with faith that informs her outlook with a bleak notion of grace not far removed from that of Flannery O’Connor. Yet as grueling as Baker’s self-criticisms are, Little Oblivions is never a rough listen. As direct and brutal as the album can be, it also shows flashes of clever, poetic wordplay, as wen “Repeat” mentions “Ocean of strip malls/ Help me swim across to the other side.” Her voice has never sounded stronger or more entrancing, shot through with a power that matches the increasing complexity and size of her compositions.For all the ironic elements of the full, soaring sound, the music connotes an effort to persevere that is reflected at the periphery of the lyrics. Closer “Ziptie” contains the line “Climb down off of the cross and change your heart,” which sounds as much a command to herself as an unknown subject or the listener. If the album finds Baker in the darkest spot of her recorded career, there are nonetheless signs that dawn is around the corner.