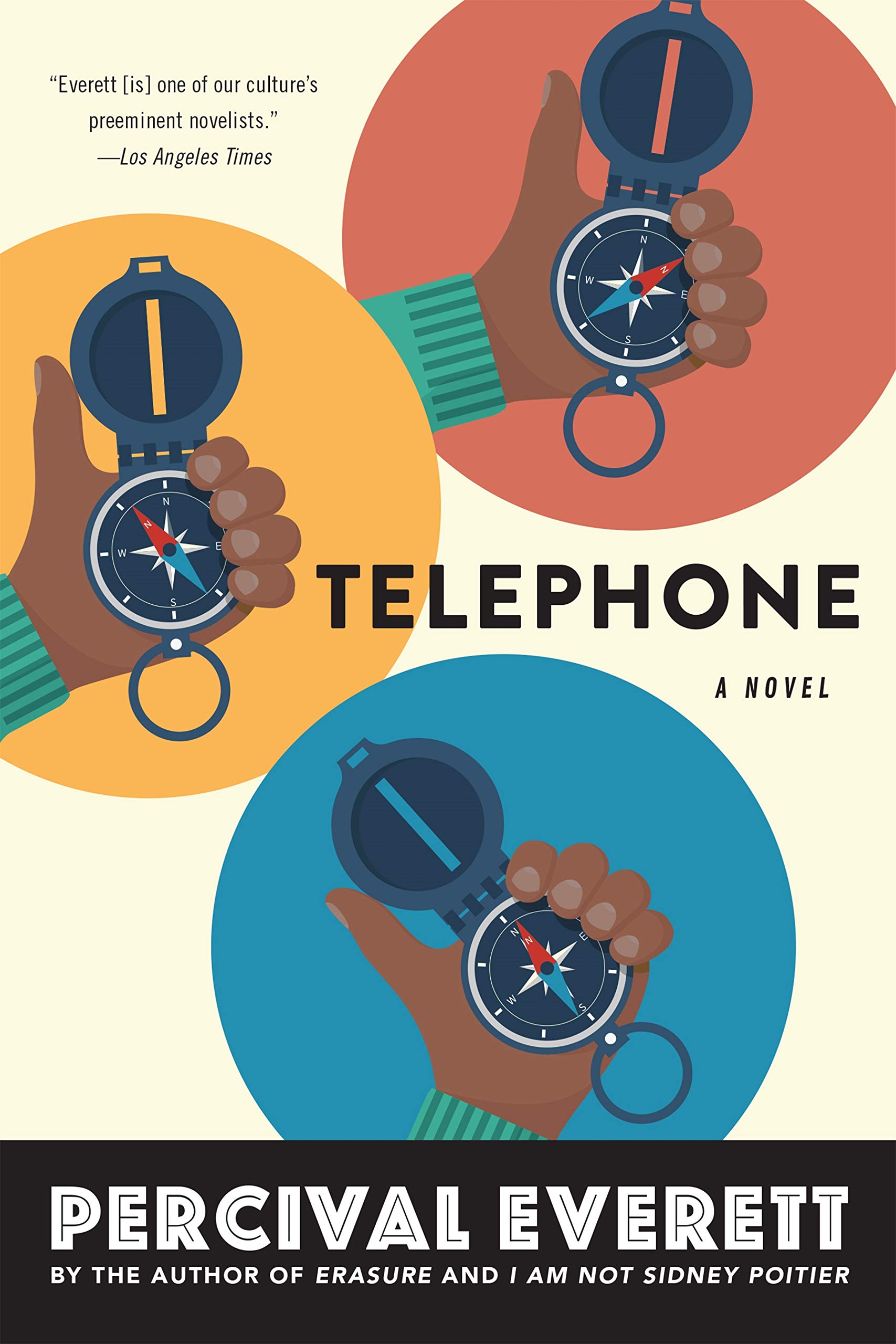 One wonders about the future of interpersonal communication after pandemic restrictions on socializing are lifted. Will a population that has been largely used to Zoom communication and faceless social distance revert to feral children, their listening and speechifying skills at least temporarily diminished? Or has the simple yet complex exchange of information been fraught since the beginning of time? Such musing on the nature of conversation is baked into Telephone, the latest novel from the prolific, reliable and genre-defying writer Percival Everett. At once a novel of domestic strife, college life and bold, border-crossing adventure, its inherent anxieties are magnified by the world we live in, and all the more so by an unusual publishing strategy.

The plot follows overlapping threads in the life of geologist-paleobiologist Zach Wells, who narrates. Each thread is informed to some degree by his opening statement: “People, and by people I mean them, never look for truth, they look for satisfaction.” Despite that qualifying them, Zach, as much as his line of work might indicate the search for an objective truth, needs satisfaction as much as anyone–and he’s not finding it anywhere. He sleepwalks through the classes he teaches, his marriage is tenuous at best and worst of all, his adolescent daughter has fallen ill. With all that’s going on at home and work, he’s pulled into a distant crisis by a mysterious note left in a used shirt he bought off eBay.

Like life, which rarely if ever follows a single narrative, it’s complicated, but Everett makes Zach’s various crises compelling and entertaining even if the protagonist is by his own measure not the most likeable guy in the world. Wells moves from crisis to crisis with narrative coherence and his own faculties more or less intact, at least at first. But a running commentary of sorts is a reminder of what else is on his mind.

On top of the conventional narrative, there’s an experimental frame—or two. At irregular intervals, the prose is peppered with asynchronous asides, like fragments of a foreign language, chess moves, scientific data or a packing list. The reader can choose whether or not to follow pieces that aren’t exactly required clues—the chess moves, for instance, come from Zach’s games with his daughter, which become even more treasured when she begins to lose her faculties.

When Sarah’s mind deteriorates and she has trouble communicating, it’s the most aching instance of what seems to be Everett’s overarching theme: the inevitable failure of communication. The title Telephone comes from the game of passing on information from person to person, which inevitably results in something that doesn’t square with the original meaning at all. Everett conveys the frustration and despair that occurs when a man of science faces such distortions and falls prey to them himself; how can even a scientist think clearly when overcome with the emotions that arise when he’s no longer able to tell his daughter that everything will be alright?

Everett has long been a master of deftly-paced multiple narratives—see his 2017 novel So Much Blue for an even better example. Here he keeps the action crystal clear while at the same time evoking the sense that meaning is ultimately elusive. This sense is further exacerbated by a sly gimmick: Graywolf Press has published three different versions of the book, distinguishable by compass directions in the cover at. The differences can be subtle, with variances in a chapter heading here and a word choice there. But the book’s climax, as well as a pivotal encounter midway through the book, differs significantly in each version. Everett has explained that the variations were meant to be secret, but that the pandemic convinced him to let his audience know what they were in for. The idea was that when readers would discuss the book, unaware that there were alternate texts, it would be like a game of telephone on steroids. Though isn’t that what social media is like? Although it exists in a time when we could freely travel and go to bars, Telephone is very much a sobering novel for our time.