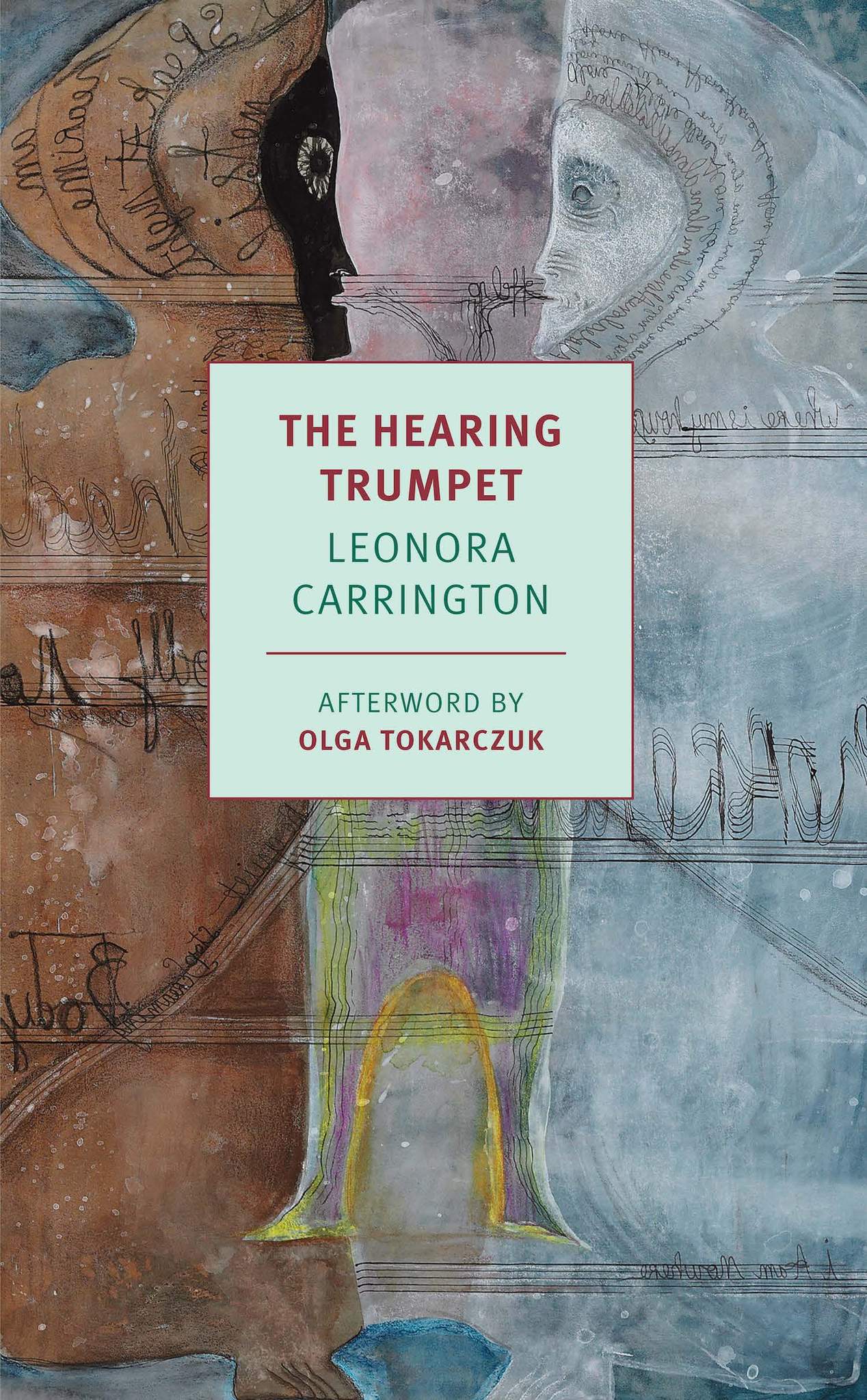 Until recently, Leonora Carrington was primarily remembered as a painter. But the artist – who died in 2011 at the age of 94 – was also one of the most brilliant English language writers of the 20th century. Her work, visual and written, found its first home among the early surrealist movement in Britain and France, the latter of which she was forced to flee after the Nazi invasion. Fleeing from her English, aristocratic family’s attempt to place her permanently in a South African sanatorium – she had been subjected to a torturous stay in an asylum in Spain after mounting anxiety and delusions led to a breakdown – she convinced a Mexican ambassador to Portugal and mutual friend of Picasso’s to enter a marriage of convenience so that she could escape to Mexico. She lived the rest of her life on and off in that country, eventually involving herself intimately in the women’s liberation movement of the 70s. It was amid this period of fruitful political and artistic activity that her novel The Hearing Trumpet was first published.

Narrated by the beguiling nonagenarian Marian Leatherby, the novel is a triumph – synthesizing to great effect its aesthetic, political and metaphysical concerns. Marian lives in Mexico with her family, mostly spending her time in the backyard with her cats and chicken fondly remembering her life in Britain and dreaming of travelling to Lapland. Other than that, she stays in her small room, out of the way and taking care of herself. Hard of hearing, and not as spry as she once was, Marian – in a typical flourish – describes herself as having a small, grey beard “which conventional people would find quite repulsive,” but which she finds “rather gallant.” On the advice of her friend Carmella – who gifts Marion the titular trumpet and advises that “people under seventy and over seven are very unreliable if they are not cats” – the narrator begins secretly listening in on her family who, it is revealed in short order, are plotting to have her shipped off to a home for the aged.

Marion recognizes that there is no escape from this fate, so instead of resisting it, she confronts her son, who tries to convince her that this is for her own good, that she will “never be lonely.” To this, Marian responds that she does not suffer from loneliness, but, instead, suffers “much from the idea that my loneliness might be taken away from me by a lot of mercilessly well-meaning people.” Finally, she tells her son firmly that she will go to the home, but that he must recognize that he hasn’t persuaded her into it, but is forcing her against her will.

The home she arrives at – run by the Well of Light Brotherhood and financed by the Bouncing Breakfast Cereal Co. – is quite unlike the foreboding concrete prison she had imagined. It is something like a castle of old Spain on the outside, but within it contains structures that resemble a fun fair. The residents are all old women like Marian and they live in buildings shaped like windmills, igloos and boots – among others. The whole courtyard is dominated by a mysterious tower containing an unknown resident. The doctor and his wife who run the place – the Gambits – subject the residents to a strange mix of pseudo-psychological self-help and self-flagellating Christianity, though their course of religious training is far more absurd than it is punishing. During their meals, the residents are subjected to droning lectures by the doctor, but Marian is too busy staring at a painting of a strange, winking nun to hear much of what the doctor says. Marion’s investigation of the nun’s mystery is what drives the plot – such as it is – of the majority of the novel.

“Sleeping and waking are not quite as distinctive as they used to be,” Marian confesses early on – and as the novel takes an increasingly surreal turn, the reader is tempted to view the events described as merely the strange dream of an old woman losing her grip on reality. But such an interpretation is exactly counter to the novel’s aims. There has been an effort in the second half of the 20th century and now the 21st to “domesticate” novels like this – to make sense of them in a psychological context, stripping them of their fantastical and, in the case of The Hearing Trumpet, political and metaphysical brilliance. The sheer amount of material the novel introduces – including a murder plot, the Knights Templar, the Goddess Venus, the Holy Grail, a 40 page Gothic story-within-a-story detailing the history of the mysterious nun and all of this while an apocalyptic winter sets in that might be ascribed to the switching of the poles, nuclear war, environmental collapse or all three – resists any attempts to reduce it to the merely hallucinatory.

More than that, as Olga Tokarczuk notes in the afterword of the NYRB edition: Carrington recognizes the “subversive, eccentric position of womanhood.” Indeed, the novel is about people whom society does not properly regard as persons in the full sense – namely, old women – not only having the most meaningful, wild adventure of their lives long past the point when such lives are considered meaningful, but eventually making a new society out of the wasted world men – both young and old – have wrought. To reduce the book to the final rush of DMT hitting Marian’s brain as she shuffles off the mortal coil is to violently dismember the book’s politics. Of course, there have always been and continue to be critics for whom such a dismemberment is their raison d’etre.

This isn’t to say that the book isn’t “oneiric” and “open-ended” – in Tocarczuk’s words – or, in the last instance, surreal. Carrington’s playful pen-drawings that illuminate the text throughout especially emphasize this. But it is important to remember that the project of surrealism was never just about making “weird” things, but about identifying those qualities already present in the estranging world of industrial modernity, pointing them out and heightening them for effect. Surreal means more-the-real, but also hyper-real. Surrealism is a tool for spinning strange visions, yes, but these strange visions were meant to reflect on and even work as a critique of the world as it exists. All the core surrealists became communists or anarchists of some stripe, after all – and they kicked Dali out for being a fascist.

The Hearing Trumpet, though coming long after the initial surrealist burst, carries the project forward the project luminously, applying the critique formulated by Breton’s boys club back on itself and, thus, expanding the surrealist world of possibility. Carrington’s writing deserves every bit of the admiration and reappraisal that has come with the ongoing republication of her work.