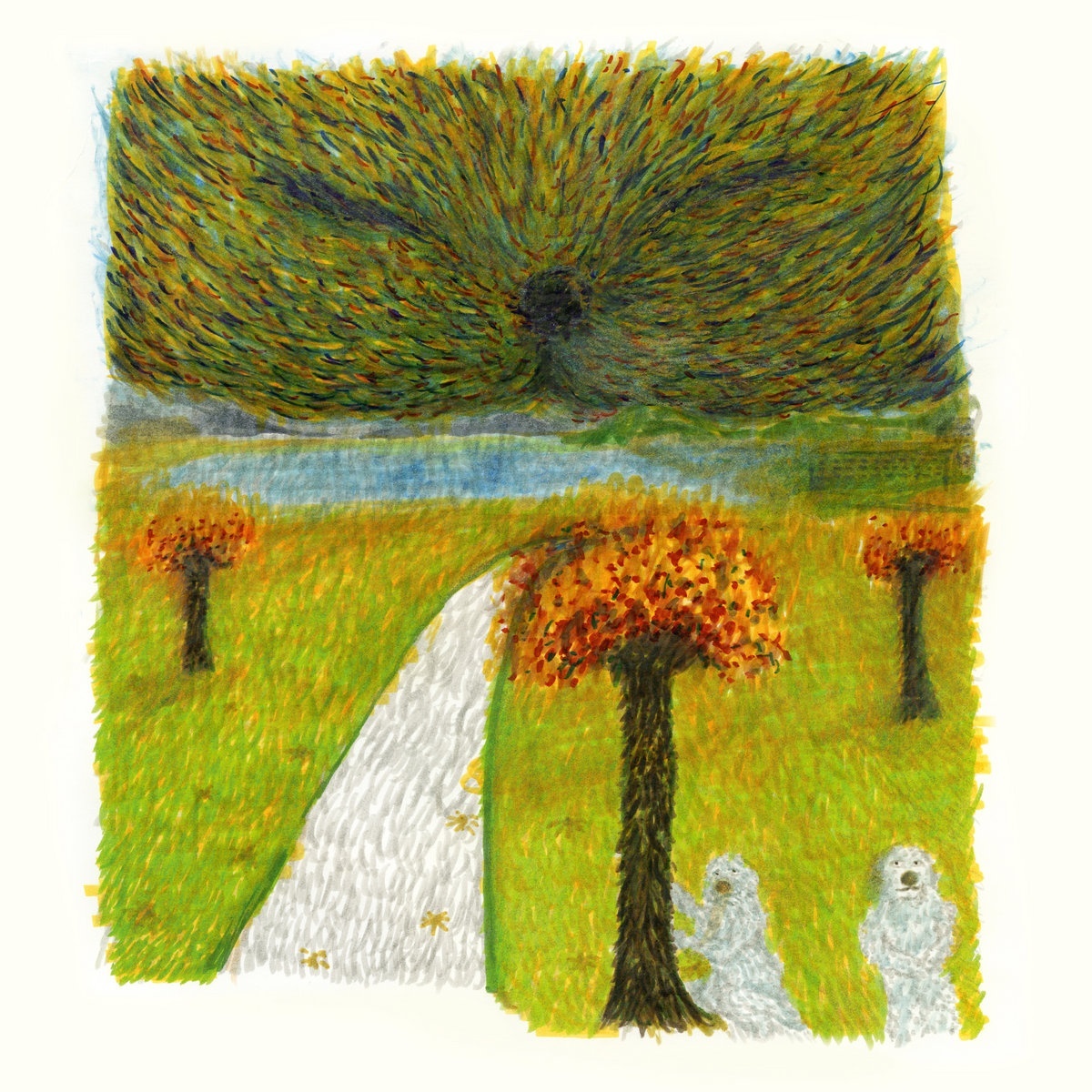 In every music fan’s memory bank sits a mass of albums that sit half-finished for whatever reason: maybe the listener decided they were nothing special, or maybe they just weren’t in the mood at the time. The sad fact is that a lot of these albums might have yielded untold pleasures had the listener just given them a chance. In another universe, Richard von der Schulenberg’s Moods and Dances 2021 might have suffered the same fate. Scanning the synth-fetishizing song titles and squinting at the blocky, vintage sounds the German producer uses on the first few tracks, I thought I was in for a showroom display. By the end I was delighted, a little bit gob-smacked and wistful about the sad possibility that I might never have gotten to experience it otherwise.

The sounds here are recognizable from much of the ambient music that’s been popular these days: the sentimental synth presets of ‘80s Japanese “environmental music,” the bent vintage squeaks of Mort Garson’s Plantasia and its kin in the new-age oddities bin. But there’s a volatile glow deep in the bowels of this music. The drum machines thrum fearfully rather than safely pattering away, and they’re mixed a little roughly, with the distortion bleeding into the parts of the stereo mix usually reserved for melodies. Then von der Schulenberg surprises us with all sorts of squiggles in the margins.

The first few tracks are pleasant enough and worshipful enough of trending styles that you might not think much of them or expect much from the rest of the album. Things start to get weird on “Dance of the Space Pentax,” which starts like Italian headfuck techno and ends in Larry Heard territory, with throbbing Rhodes-bass and distant vocal intonations. Hearing the vocals shatters the cold, architectural illusion. “Planet Dragon” is delightful, with von der Schulenberg leading an army of friends in repeating the title; we can hear them crack up on their vocal takes. There’s a polite smattering of canned applause at the end, as if imagining something as ridiculous as “Planet Dragon” playing at a black-tie gala. Music like this usually suggests comfort and calm rather than danger and adventure. That Moods and Dances does otherwise is a big part of its charm.

And after bathing in the rich weirdness of the album’s latter half, you can go back to the first few songs and hear how well-assembled they are, how beautiful the electric pianos are, how this music pops rather than just sitting there like blueprints for a condo, how it nuzzles at the limits of a tradition usually mined for its retro qualities. (The only real clunker is “Flowers for the Farfisa Sphinx,” whose melody puts it a little too close to cod-Arabic exotica for comfort.) Moods and Dances isn’t something I imagine myself putting on very often; I prefer ambient music that’s more lo-fi, more blurred, not quite so enamored with the source of its sounds. But this is a must-listen for anyone interested in classic-style synth music.