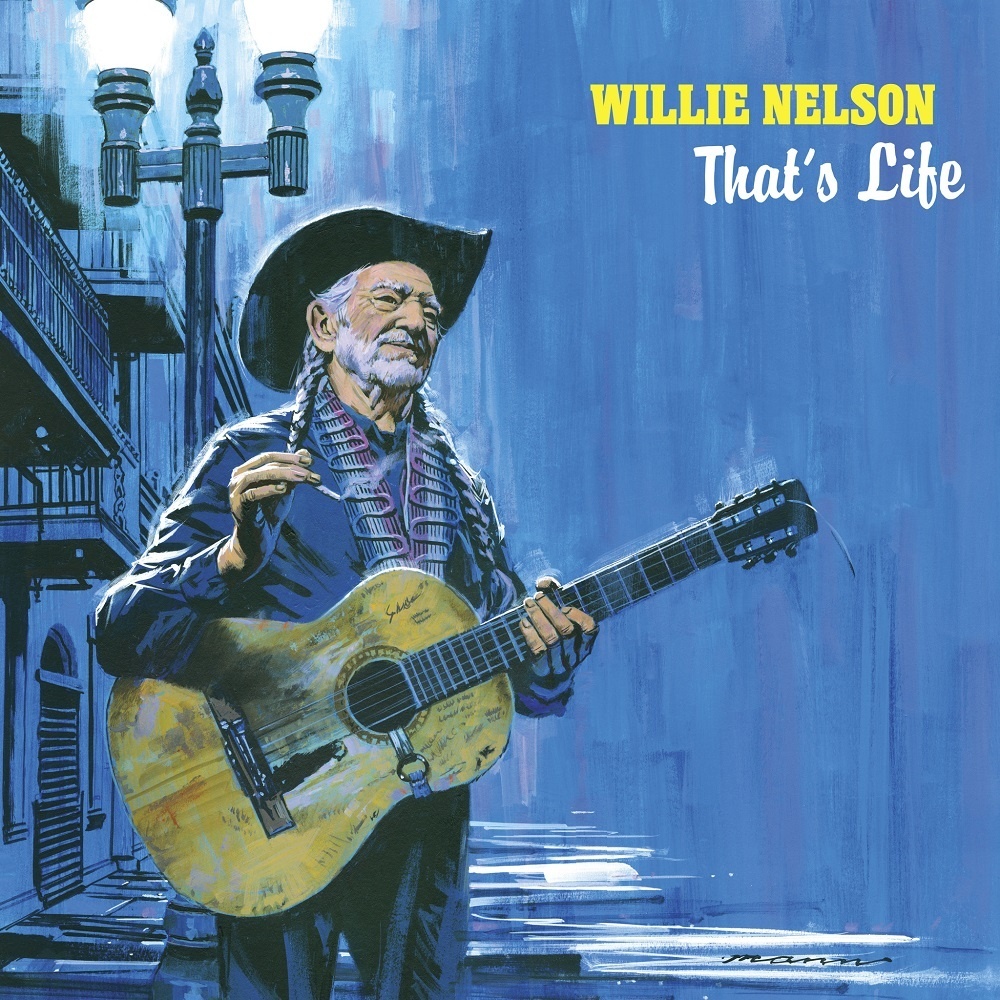 More than 40 years after it was released, it’s hard not to view Willie Nelson’s Stardust as a landmark recording not only in terms of its effect on his profile, but on that of popular music in the late 20th century and well into the 21st. In essence, it helped set the stage for countless artists who’d previously found success in more modern and popular idioms to begin exploring the Great American Songbook. Indeed, it’s hard to think of an artist of Nelson’s stature — let alone established genre — who, prior to Stardust, bothered taking on the rich catalog that was previously the purview of crooners like Frank Sinatra, artists who, with the advent of rock ‘n’ roll, were deemed (at least by the younger, record-buying audience) irredeemably passé. There are, of course, examples of artists prior to Nelson venturing into Sinatra-heavy territory prior to Stardust — Harry Nilsson’s A Little Touch of Schmilsson in the Night, for instance, beat him to the punch by five years — but none of these managed the same level of success and commercial appeal as Nelson’s offering.

Having helped open the door for reevaluation of the Great American Songbook, Nelson showed that the generation who helped make these songs initially obsolete could also breathe new life into them through new interpretations. Having virtually become a genre unto itself, the 21st century has seen a glut of former rock and pop idols tapping into their inner Sinatra via the Great American Songbook. But given Sinatra’s own inimitable, idiosyncratic approach to the material from a vocal and phrasing standpoint, only Nelson has managed to reach similar heights through his own equally inimitable, idiosyncratic vocal style. It’s only fitting, then, that he has returned to the Great American Songbook and, more specifically, Sinatra several times since the release of Stardust, most recently on 2018’s My Way and now with That’s Life.

Like My Way, That’s Life is a Sinatra homage that delves into some of the Chairman of the Board’s most iconic song selections. But where the former relied more on big band-style arrangements, the latter is a more intimate affair, more reminiscent of Stardust’s stripped-down approach. There’s still the jaunty piano and occasional use of horns, but by and large, That’s Life serves more as a showcase for Nelson’s interpretive skills. Vocally, there’s obviously no comparison; Nelson’s nasal rasp is a far cry from Sinatra’s smoother, more refined instrument. But Nelson has always been a bit of a jazz singer masquerading as a country artist, his phrasing and behind-the-beat singing style showcasing a subtle nuance most performers spend a lifetime chasing.

Sounding nowhere near his almost 88 years, opening track “Nice Work if You Can Get It” finds Nelson relaxed and clearly enjoying himself, effortlessly making his way through the tune. Accompanied by a smaller group than on his previous Sinatra-centric outing, he sounds relaxed and in control — think Tony Bennett with a twang — allowing the band to stretch out where and when needed but without any single offering feeling overlong. There’s nothing necessarily revelatory about this approach; it’s been done by countless artists for going on a century at this point. But it’s the fact that Nelson still manages to imbue each and every performance with such life and stylistic nuance nearly 60 years into his recording career.

“A Cottage for Sale” is given a sumptuous orchestral arrangement perfectly suited to Nelson’s laidback, wizened delivery, while “I’ve Got You Under My Skin” rides a Latin groove that allows him to really lay into the singsong melody. Meanwhile, “You Make Me Feel So Young” — a sentiment echoed throughout the recording — swings in a way that would make Sinatra smile, all deft, Nelson Riddle-esque horn arrangements and a stellar read from Nelson. There’s even a nice little solo break during which we get to hear Trigger, his trusty acoustic guitar, and an instrumental voice nearly as singular as Nelson’s own. That the pair grace the album’s cover, both well-worn and settled into their advanced ages, in a style similar to countless Sinatra recordings makes these and a handful of other brief appearances on the record all the more rewarding.

As he’d done on My Way (“What Is This Thing Called Love” with Norah Jones), Nelson again brings in a female duet partner for one number. Like Jones, Diana Krall is a perfect vocal foil for the laconic Nelson on the gently swinging “I Won’t Dance.” And while it’s always hard to duet with a vocalist like Nelson given his aforementioned behind-the-beat approach, Krall, herself a fan of behind-the-beat singing and phrasing, proves an able foil. Indeed, this particular pairing would be an ideal match should Nelson ever wish to revisit the duet format in album form. And given his impressive production rate (roughly one album a year — often multiple releases in a year — since his 1962 debut) it’s not beyond the realm of possibility.

The title track is easily one of the best reads on the whole of the album, Nelson’s read sounding perfectly lived-in redolent of experience. Given a nice, midtempo bluesy arrangement heavily reminiscent of Stardust-era Willie, “That’s Life” is one of the best recordings he’s made in years, as he sounds hardly a day older than he did in 1978. Only on “In the Wee Small Hours of Morning” does he begin to sound his age, though here it’s a fitting instrument for the emotional sentiments contained therein. It’s not nearly as effective on the whole as the smaller numbers — he sounds a bit overwhelmed by all the strings. Thankfully, it’s quickly followed up by “Learnin’ the Blues,” one of a handful of small combo recordings in which he sounds perfectly at home.

This late in his career, each and every Willie Nelson release is something of a marvel to behold, regardless of the overall quality. That said, That’s Life is of such uniformly high quality that it easily ranks as some of his best 21st-century offerings and, while perhaps not quite as monumental as Stardust, can be considered of a piece with that landmark recording. We should all be so lucky to be this satisfyingly creative and productive at almost 88 years of age.