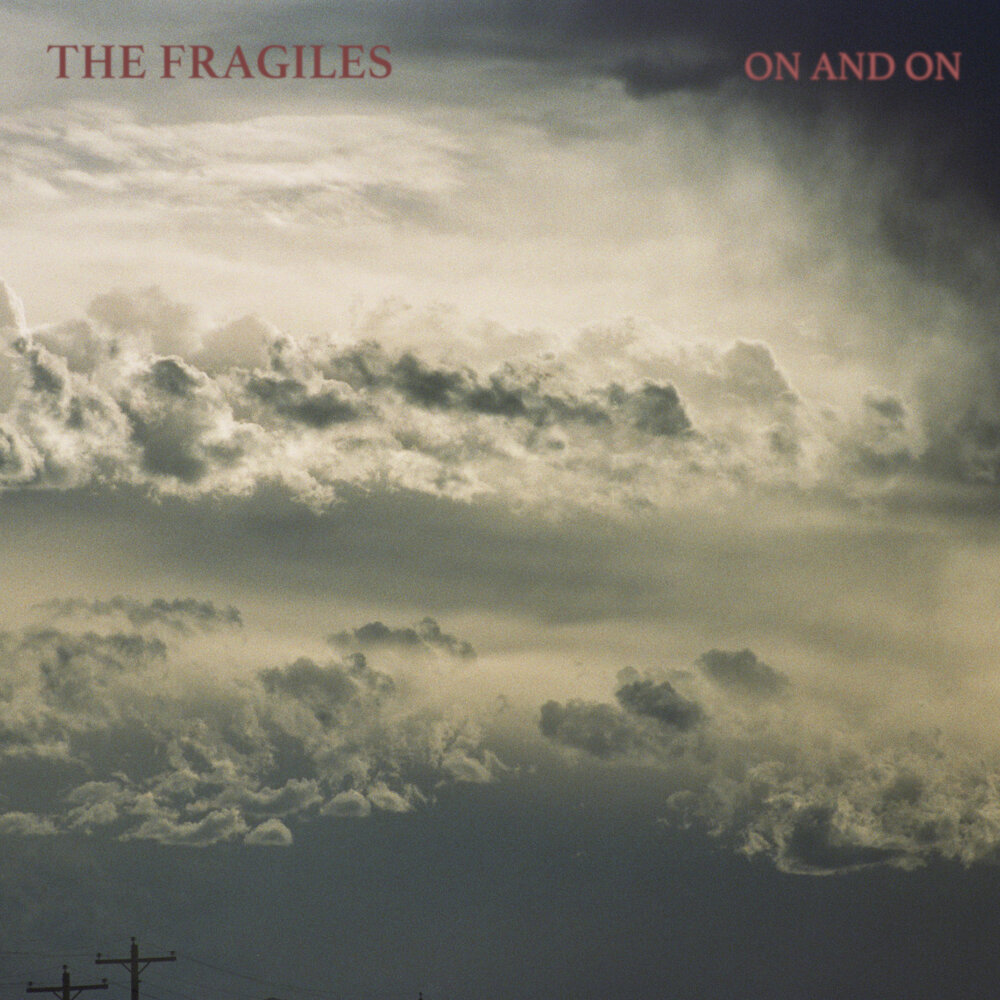 Lesson one for aspiring DIY musicians: you’re always in service to your songs. The squalls, clatter and fuzz can only do so much without strong songwriting, which is why listeners took notice of lo-fi bands from Guided By Voices to No Age. Their music, though scrappy and unpolished, typically centers around a hook or melody to keep listeners tuned in. Their lyrics, though cryptic and brief at times, aim high and are always original. On and On, the new album from Philadelphia-based indie project The Fragiles, holds its own along this well-trodden path of indie music.

In an Instagram post, front man David Settle said of On and On that, “I finally got the weird ‘80s/’90s college radio mixtape vibe I’ve always wanted.” For the most part, the album fulfills his earnest description. On the roaring “Kaleidoscope,” which recalls Yo La Tengo’s classic “Sugarcube,” cymbal crashes mark every beat, and Settle’s voice is just part of the band’s energy. The simple yet sinister groove which carries the opener and title track wouldn’t feel out of place opening a Guided By Voices album.

If this DIY aesthetic is to some degree a throwback, there are more recent influences here as well. The hazy feedback and noise effects that decorate the bouncing “Armistice Day” recall Chad VanGaalen, and Settle frequently sings in a falsetto similar to Bradford Cox. The strumming on “Garden of Cleaners,” coupled with Settle’s soft vocals, evoke early Alex G. None of this is to say that On and On is unoriginal, though it’s evidence enough that the bar is set high for DIY artists to stand out from the crowd.

Fortunately, Settle clears this through his use of nostalgia. He understands that for many, himself included, nostalgia is a coping mechanism. On the bleak “Soft Light,” sunlight hits the walls in just the right way to send him down a path of painful memories: “I saw things that were gone too soon.” He examines his self-worth on “Big Arcade” and questions why someone would come back to him: “I’m not the one who can try to save everyone” These songs build up to the ominous closer “Hourglass,” where Settle’s gritty guitar playing and aching vocals reflect his concerns for an impending apocalypse. The song’s slow, purposeful pacing mimics the dread that he and so many others can’t shake.

It’s inevitable that sticking this close to an established sound opens the possibility of diminishing returns, and this album is no exception. “Soft Light” sounds too similar to the preceding “Success Is…” — down to the tempo and crying guitar notes — that casual listeners might feel they’re hearing the same song. This is followed by “Dream SY,” which embraces a garage rock vibe that hardly evolves across its four-minute runtime.

Fortunately, more often than not, On and On works thanks to that single-mindedness. Several songs clock in at under three minutes, and save a few guest appearances, all the music was performed by Settle. Most songs rely on a lyrical minimalism centered around only a line or two wielded like the sharpest of weapons to achieve their thematic and emotional ends. To some, these songs may feel like rough drafts. Yet for those paying attention, they’re much more.

They’re time travelers, sure, yet confident ones that have come into their own at a time w…