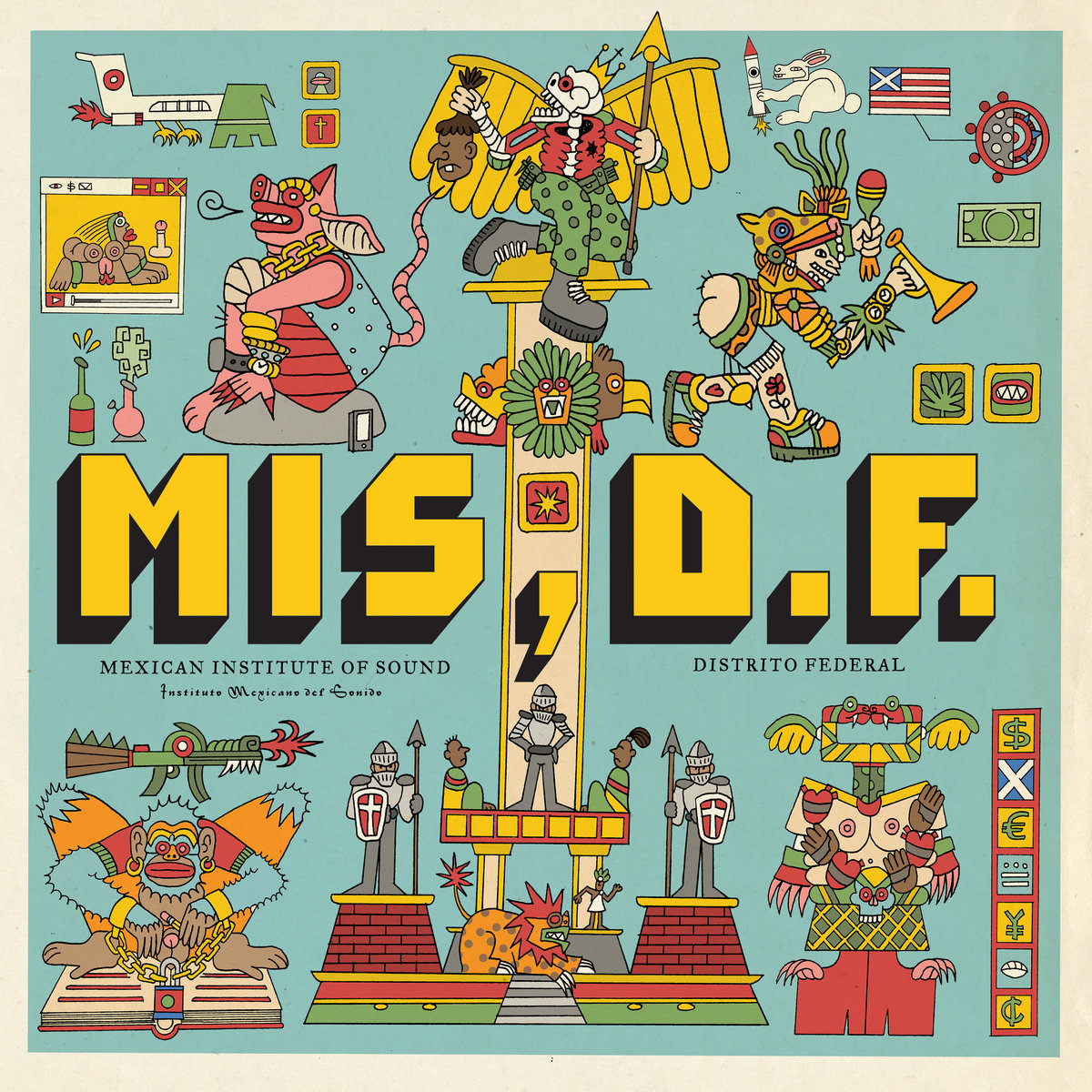 Mexican producer Camilo Lara has made a name for himself as a sort of pan-global floor-filler, providing clubs in some of the world’s biggest cities with energetic live performances that have earned him a number of accolades and high-profile collaborative gigs. In addition to his own Mexican Institute of Sound, Lara has worked as a producer for the likes of Norah Jones, Band of Horses and Lila Downs, while his collaborative partners have ranged from Sly & Robbie to Gogol Bordello to Tom Tom Club. He’s also remixed Beck, the Beastie Boys and Interpol, to name but a few, in addition to serving as musical consultant for Pixar’s Coco. His music has also been used by a who’s who of companies in myriad ad campaigns. In other words, regardless of whether or not you’re familiar with the name Camil Lara or Mexican Institute of Sound, chances are you’ve encountered his work in some capacity or another over the last several decades.

Bringing his focus literally and figuratively back home for his latest release as Mexican Institute of Sound, Distrito Federal, Lara has penned a very danceable love letter to his home base in Mexico City. While still relying on a variety of styles and rhythms for the album, Distrito Federal is firmly rooted in the sights and sounds of a Mexico City that seems to no longer exist. Instead, the album serves as an homage to a place that has been supplanted in many ways culturally and socially, resulting in a barely recognizable amalgam of what once was. In press materials for the album, Lara explains it as being “a city that no longer exists, but lives in mental photographs.” These “mental photographs” serve as the building blocks on which Distrito Federal is constructed.

Opening track “Se Compran” serves as a welcoming gateway into Lara’s musical and remembered physical world, all lush harmonies and sing-along melody. Borrowing elements of Paul Simon’s pan-global experimentations, gospel harmonies and spare beats, it’s an immediately engaging opening salvo that sets the tone for the album and its aesthetic gifts. Riding a predominantly sparse groove supplanted by the aforementioned vocal chorus, the track builds to a surprising conclusion dominated by guitar scree and feedback that leads to a jarringly abrupt end. This immediately segues into the hip-shaking cumbia of “Dios,” with its celebration of local foods and cascading electro-acoustic melody. It’s a light-hearted salute to innumerable street foods that just happens to have an incessant melody and undeniable groove.

While the majority of Distrito Federal is undeniably Lara’s show, he makes the best of his previous collaborative successes by bringing in a handful of guest artists throughout. Dan the Automator (Gorillaz), Graham Coxon (Blur), Sergio Mendoza, Duckwrth, BIA, Cuco, Banda Misteriosa and La Perla all make appearances throughout, but it is Coxon’s contributions to “My American Is Not Your America” that is the most revelatory. Beginning with a burbling beat and vaguely Latin groove, the track builds in Coxon’s guitar as it rides a strutting, funky bit of rhythm work before ceding control to Herb Alpert-esque horns (which also crop up periodically throughout, notably on “Cruzando El Rio”). It continues like this, building and reducing throughout the whole of its five-minutes-plus running time, exploring so many different ideas as to sound like an aural melting pot (essentially the idea behind the song itself). Alternately funky, swinging and, by its conclusion, an atonal bit of freeform avant garde guitar work, “My America Is Not Your America” offers an impressive overview of Lara’s talents as both producer and collaborator.

On the whole, Distrito Federal is a wildly enjoyable listen rooted in Lara’s reminiscences of a Mexico City and, more specifically, Distrito Federal, that no longer exists. Despite its indulgences in nostalgia (“Paloma,” in particular, feels phoned in from a distant decade), Distrito Federal sounds very modern and engaging throughout, offering a wide array of Latin-influenced dance music rooted both in contemporary electronic elements and more traditional acoustic components. The sum of these collective parts is nothing short of impressive and well worth a listen.