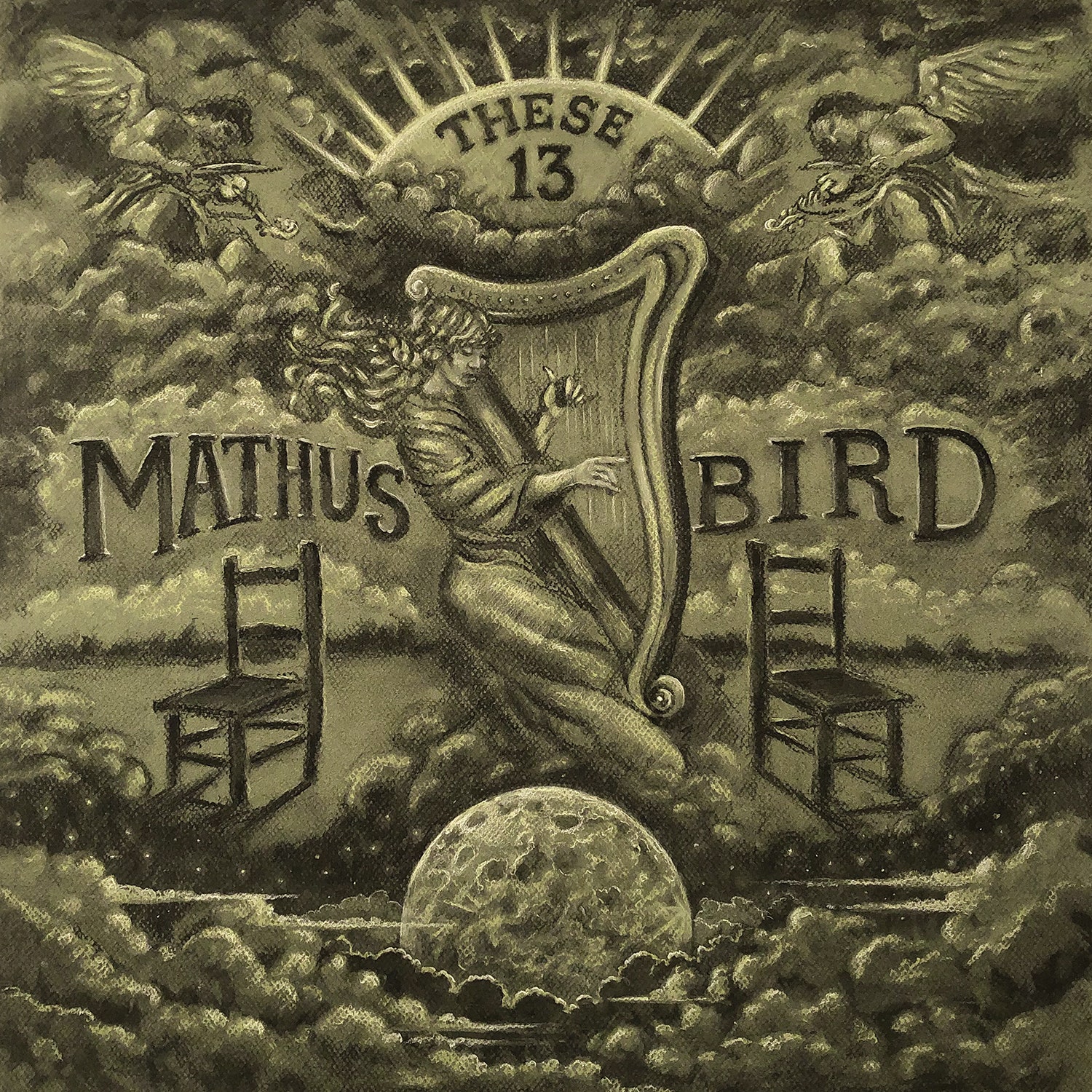 “Three White Horses and a Golden Chain” – the song that closes These 13, the latest Andrew Bird/Jimbo Mathus collaboration – is not just great or an excellent way to slam down the curtain. The piece, which features a funereal violin performance from Bird and Mathus’ touching vocals and understated acoustic guitar accompaniment, will rattle you – it’s that affecting. (When Mathus wails “You will need somebody when you come to die,” with Bird in tow, it will send shivers down your spine.) The last three minutes, which is given over entirely to Bird’s weeping violin, is frighteningly pitch-perfect and the best display of a kind of forlorn melancholy. The whole song, though, is a revelation; the piece runs 6 minutes, 32 seconds and the duo, who first collaborated in the 1990s heyday of Mathus’ Squirrel Nut Zippers, wring the emotion out of the proceedings ‘til they’re bone-dry. It’s emblematic of a record that excels at wearing its heart on its sleeve to such a degree that it feels like it was cut to a 78 in some long-distant era. Contemporary underground music rarely sounds this raw or this passionately performed.

Between Mathus’ Squirrel Nut Zippers resume and Bird’s days with his Bowl of Fire, this record could have sounded much, much different – and, maybe, just maybe, still as rich. The two could have done an amazing job revisiting the jazz and swing, Eastern European folk and gypsy rites of their youth. That’s a little too on the nose, though, and these two know it. Instead, These 13 unfurls as an engaging look at more organic, near-extinct idioms and forms, with the duo handling passionate acoustic-folk ballads, Stephen Foster-era Americana and early Honky Tonk as assuredly as it does the Mississippi delta blues. If you’re looking for mis-steps, look elsewhere; you won’t find them here.

The record opens with “Poor Lost Souls,” a ballad in the tradition of Foster, where Mathus bellows details about people living and dying on the wrong side of the tracks. But “Sweet Oblivion,” the LP’s second track, raises the bar even higher with bluesy refrains on two acoustic guitars. “Sweet Oblivion,” like other gems on the 13-song LP, is such a studied piece of Depression-era blues that listeners might find themselves forgetting the thing was cut in the 21st century. It transports you.

The hits just keep coming. Bird’s violin again sets the tone and tenor on the bluesy “High John,” though Mathus bluesy sing-speaker resonates deeply. “Beat Still My Heart” and the sing-song-ish “Jack O’ Diamonds” are two more blues and roots-influenced numbers out of step with modern times; on the excellent “Beat Still My Heart,” Bird, who on other LPs sometimes treads close to the cerebral, sounds intensely warm and relaxed, his vocals quivering with reverb and calling to mind Roy Orbison. “Burn The Honky Tonk” is a brilliant and dusty little nugget that would make Hank Williams proud. “Bell Witch” makes the “roots” music of the Alison Krausses of the world feel downright flimsy.

And then, again, there’s “Three White Horses and a Golden Chain.” The piece elevates the record from being engaging to sounding goddamn mesmerizing. I cannot overstate the genius here – it’s one of the best things Andrew Bird has done in several years. And Mathus? After the lackluster Squirrel Nut Zippers LP The Lost Songs of Doc Souchon last year, few might think he’s still capable of mustering up this kind of heart. These two sound incredible together. I am in awe.

There are no visible lulls or downsides to the LP – and that’s saying a lot for a record whose performance and recording tones are stripped down to their rawest truths. Andrew Bird has been here before; his pop masterpiece Armchair Apocrypha was, arguably, another near-perfect recording. But pairing these two friends, who have been in each other’s orbits for the better part of 30 years, was a genius idea. We can only hope there’s more to come.

The Chicago veterans hope that people will like their long-awaited debut album, “beyond ou…