May 09, 2021
Home Music Alex Bleeker: Heaven on the Faultline 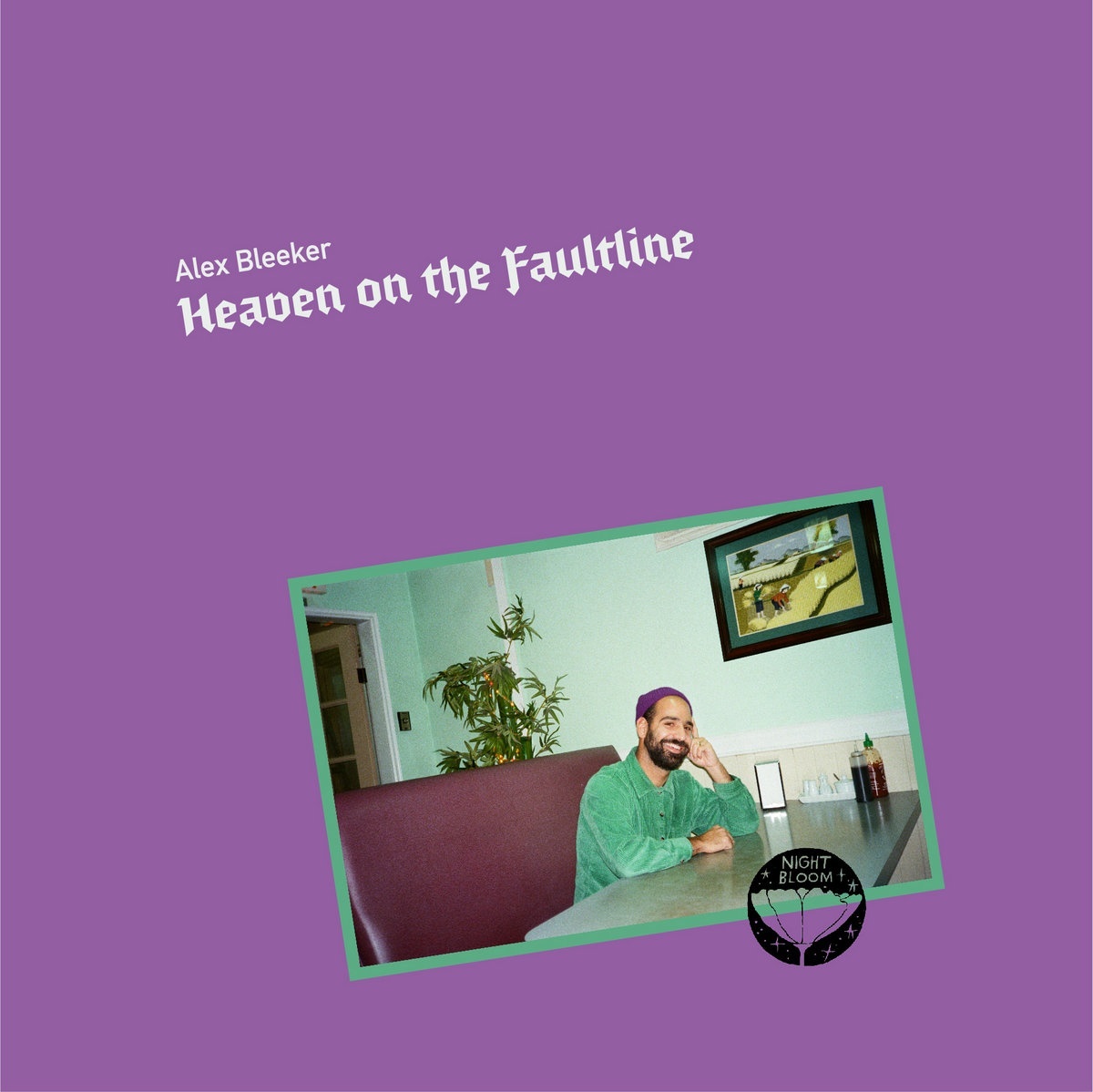 Aggression isn’t Alex Bleeker’s thing. One would have gathered that from a cursory listen to any of the records he released as Alex Bleeker and the Freaks or any of the records he plays on with Real Estate. As a songwriter, though, Bleeker allows for places of uncertainty and darkness, but he doesn’t let those feelings dictate the music he composes. The typical Alex Bleeker song has a warm, earthy sound that is welcoming above all else, a mix between jangle pop and the mellower side of early Grateful Dead albums. That latter influence eventually became the main driver behind the Freaks, but Heaven on the Faultline, Bleeker’s new album recorded largely on his own, takes a more varied approach. It disarms you with some of the warm, jangly folk you come to expect while also introducing some of Bleeker’s strangest compositions yet.

In retrospect, Bleeker’s last album with the Freaks, Country Agenda, was a logical endpoint for the sound they were pursuing. Its clean, earthy tones couldn’t be elaborated on further without resetting everything, which Faultline sort of attempts to do. What’s distinct here is how, even with the full band accompaniment, this feels like a solo album. Elements of Freaks albums allowed for a degree of expression from the other bandmates, but Faultline belongs first and foremost to Alex Bleeker. Everything about these songs is tailored to focus squarely on his perspective, and the instrumental flourishes that pop up throughout the record don’t seem incidental in the slightest. This is not to say that Bleeker has lost the amiable, easygoing spirit that carried so much of his work before, and there are plenty of moments on Faultline where Bleeker is clearly goofing around and having a bit of fun (the defiantly weird “Heavy Tupper” comes to mind). Rather, that spirit is more deliberately invoked here, offered as a warm embrace to provide comfort and a good time to anyone who listens.

The comfort that Bleeker provides is a subtle mask, however, as Faultline hides a collection of anxieties underneath its surface. “D Plus” will likely stand out the most to listeners; while Bleeker himself says that the song drew inspiration from the impending dread of Donald Trump’s inauguration in 2017, the lyrics themselves paint a broader picture of being aimless while the people in charge do nothing to make anyone’s lives better. Further on, “Felty Feel” expresses fear about climate change, while the bluesy “Mashed Potatoes” addresses the ongoing social strife of the world with the cynical outlook that the changes we desperately need probably won’t come: “I want peace and justice/ But really, what’s the use?” It’d be a stretch to call any of Bleeker’s observations profound, but they portray an honesty and sincerity that can go missing in indie rock sometimes. These are Bleeker’s fears and anxieties made plain, and it’s likely that listeners will hear a bit of themselves in his words.

This shift in perspective does quite a bit to elevate Heaven on the Faultline above Bleeker’s previous work, which could be relaxed to a fault. Faultline is a good chill-out record, for sure, but Bleeker’s new collection of songs hints that his future might involve something with more emotional heft. As it is, though, Heaven on the Faultline is still a good time, even as it offers a little something extra for those willing to dig deeper.