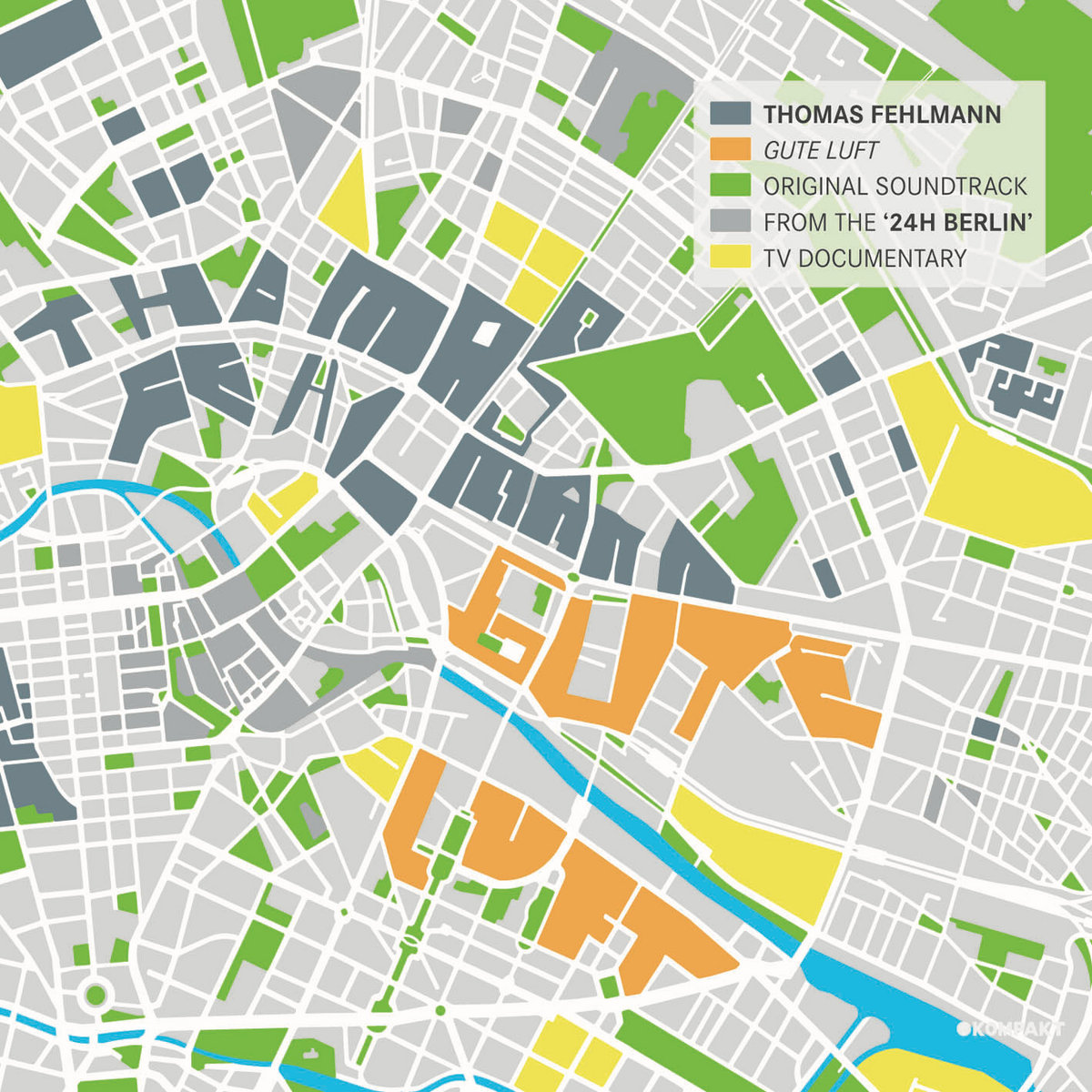 The Swiss-German techno veteran Thomas Fehlmann composed his lovely 2010 album Gute Luft from music both rejected and otherwise from a 24-hour documentary about the lives of Berliners. Like Wim Wenders and his watchful angels in Wings of Desire, he seems to have literalized the idea of looking at a city from above, peering into all of its hidden places and lives — hence its spectacular cover art, reason alone to get the new vinyl re-press on Fehlmann’s longtime label Kompakt — and the omnipresence of digital wind throughout its luxurious 70-minute sprawl. There’s always a hissing and blowing of white noise, the chords seem too spacious to be contained anywhere but the skies, the harps and guitars clatter like tin cans dragging across the street in the breeze, the vibraphones sparkle like windchimes. The sky is not a place usually explored in electronic music, inaccessible to all but birds and planes and angels. Gute Luft gives us the childlike dream of flying.

In doing so, he summons dub techno, that murky genre that thrived in late-‘90s Berlin under the influence of Basic Channel (whose Moritz von Oswald was a member of 3MB with Fehlmann). Like von Oswald, Fehlmann understands you don’t need much more than chords, echo and a kick drum to conjure limitless space and awe of the vastness of the universe. But while most dub techno has a submerged quality that favors gritty production and idiosyncratic mixing, Gute Luft is so pristine you can see for miles. This should be no surprise given Fehlmann’s pedigree: one of the first people to make a house record in Britain, early participant in the Detroit-Berlin exchange through his work with 3MB, mixer of The Orb’s Adventures Beyond the Ultraworld and later member of The Orb, pillar of the Kompakt minimal techno scene. When you’ve been moving that many bodies for that long, you develop a certain professionalism that’s hard to unlearn.

Most of Gute Luft is free-flowing and beatless, its rhythms suggested by the delay on the chords rather than defined by kicks and hi-hats. “Alles, Immer” and “Falling Into Your Eyes” open the album on an atmospheric and romantic note, and we prepare to fall into a fantasy. But “Wasser im Fluss” and “Schwerelos,” the two following tracks, shatter the illusion and prevent us from submerging as deeply into the rest of the album as we might otherwise. They sound like they’re trying to be badass with mean sub-bass and hefty rhythms, and though they’re well-made, a full album of them would be as forgettable as a whole album of “Falling Into Your Eyes” would be special. It’s as if Fehlmann is showing off who he is and what he can do rather than fully inhabiting the naïve and psychedelic headspace music like this requires. But if there’s a tension on Gute Luft between professionalism and inspiration, it animates the album more than it trips it up; assigned to compose a soundtrack, Fehlmann instead delivered music so tactile and rich that it creates its own images with ease.