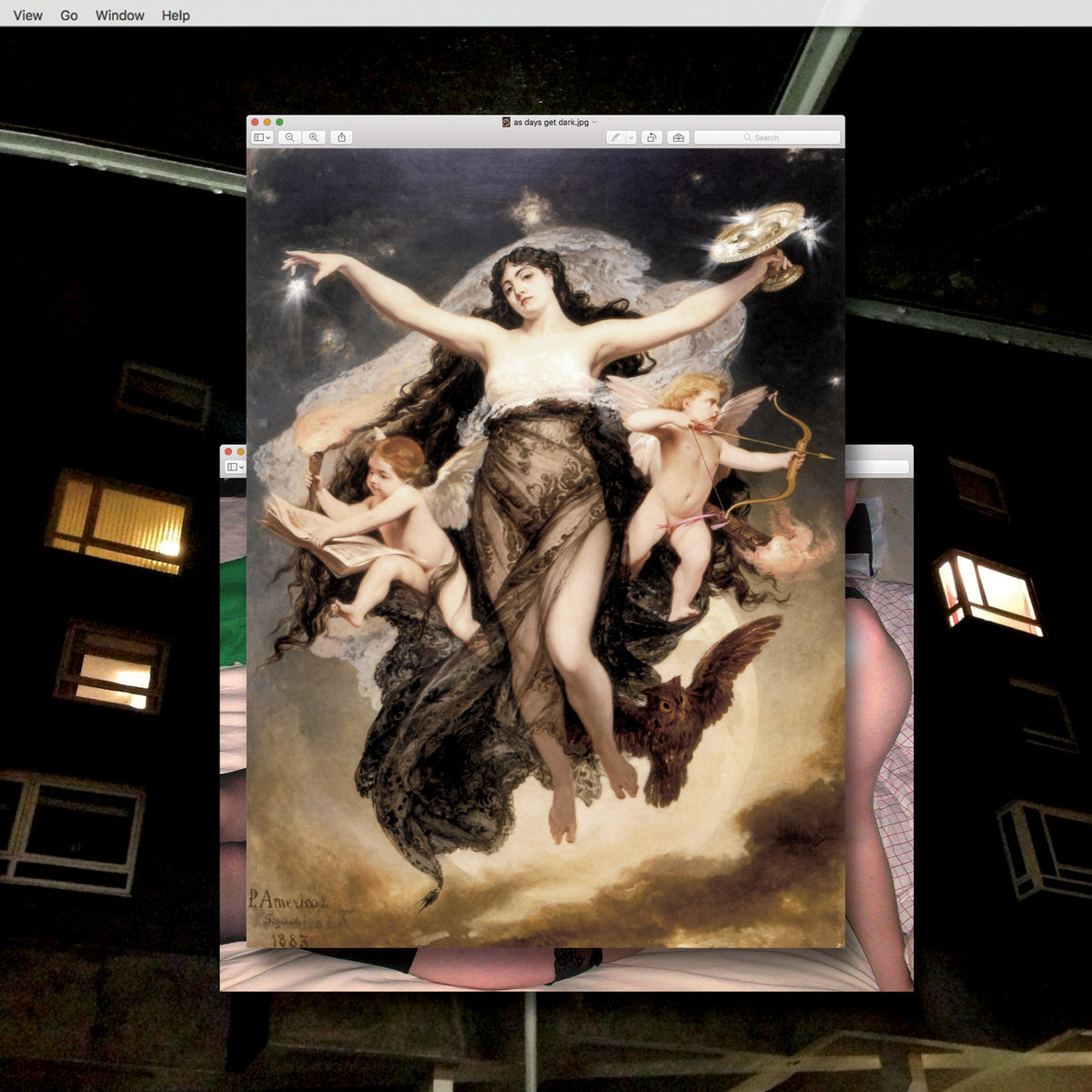 It has been 16 years since Aidan Moffat and multi-instrumentalist Malcolm Middleton waved goodbye to Arab Strap with The Last Romance — though in hindsight, the signs that Moffat might try to rekindle that old flame one day were there from the start, clarifying that there was “no animosity, no drama” between the two and straight-up calling the last song “There Is No Ending.” They even played some shows together way back in 2016, announcing the live return with the rebooted “The First Big Weekend of 2016,” an update on the bulletproof track from debut The Week Never Starts Round Here — this, of course, is the equivalent of shagging at a wedding a mutual friend invited you and your ex to, after making full use of the open bar. Truly, nothing is more Arab Strap-esque than leaving the door open for your ex to come back, except for returning to the well many, many years later.

Even before a note has been played or sung, As Days Get Dark is ready to show you where it stands: the album’s cover is Brazilian painter Pedro Américo’s The Night escorted by the geniuses of Love and Study, open on a MacBook screen and obscuring a second photo of a scantily clad woman on a bed, both with the wallpaper of an apartment building’s lit bedroom windows at night. It’s almost too on the nose, but considering how much charm there is to the directness of Arab Strap, artwork layering biblical grandeur over seedy and lecherous behavior amid claustrophobic, brutalist architecture feels like it completes the package beautifully. This could feel half-assed at worst and out-of-touch at best, but Arab Strap are the right band to execute it flawlessly.

The 16 years of global turmoil and the changing face of romance is perfect fodder for Moffat, who tackled dating in the new millennium a decade ago with Ten Short Songs from Modern Lovers, a collection of hyper-short, romance-centric songs. Back then, there was something quaint about him writing a song largely in now-archaic text speak (the song is called “Less Than Three” — in other words, “<3”) or reveling in the days of coming home with a phone number written on your forearm, but enough time has passed that even fond recollections of a world before social media really took over is too far gone. Moffat is far too old to be engaging in the exhaustion of romance, regardless of platform, but as the album progresses, it’s clear that he doesn’t quite know how to cease the Sisyphean task of wallowing through it. Look no further than “Compersion Pt. 1,” a knotty tale of complicated polyamory and hotel bar rendezvous that concludes with the remarkable couplet “We know hard they ache, we understand their needs/ But their dyad is dividing now, as vintage vows recede.” The flip-side of the almost gleeful exploits is given a face with the excellently-named “Kebabylon,” where Moffat paints a lurid portrait of a more grim encounter: “And with the evidence destroyed, your sleep will be sound/ I’m your angel, your accomplice, and look what I’ve found/ Sifting through the streets of Kebabylon/ Chasing down the ghosts of indiscretion and lust.”

There are remarkably deep stories embedded in these songs. “Another Clockwork Day” begins as an examination of a man joylessly pleasuring himself, but as it unfolds, his gripes about modern pornography give way to loving descriptions of photos which turn out to be of his loving wife, asleep upstairs. Even when the truth of the photographs is revealed, it’s in the same breath as talking about how she almost looks like she hasn’t aged a day in the darkness. On “Tears on Tour,” he bares his soul in a recollection of various things that have emotionally devastated him — some funny (The Muppet Movie, Frozen, Frozen 2) and some bone-crushingly sad (this verse: “I cried the day my grandfather no longer knew my face/ I wept by the window when he died/ And when my mother called long distance/ To say her mother passed away”) — all as a way of helping to illustrate the toll being taken by his current inability to muscle past his own numbness to simply cry it out. Arab Strap are nothing without this kind of storytelling, but Moffat has only gotten sharper since their last outing together, each song more deliciously dense than the last. We’ll be unpacking these songs for ages.

While the centerpiece of any Arab Strap album will, inevitably, be the stories of emotional devastation and sexual chaos that Moffat paints here, credit is due to Middleton for the way that As Days Get Dark sounds. Arab Strap albums shouldn’t ever be expected to sound like highly-polished affairs, but Middleton’s talents have only strengthened since The Last Romance. Those mildly-cheap beats are still present throughout, but here, they’ve been polished and elevated — marvel at the bongo-esque beat that drops after the first verse of “Turning of Our Bones” and the way it slowly intermingles with sci-fi lasers into something incredibly far removed from the Casiotones of The Week Never Starts Round Here or Monday at the Hug and Pint. There are other flourishes, though, like the gently-glitchy bird song on “Bluebird” or the hints of a string section in “Another Clockwork Day.” The less propulsive tracks are equally enchanting, like “Sleeper,” which begins as just a fingerpicked guitar line and a simple beat, but as it progresses, it takes on a more elaborate atmosphere, with mechanical beats, piano and horns slowly joining in as Moffat spins an extremely vivid tale of train travel. Moffat will always be a remarkable songwriter, and Middleton has always been a master at musically rendering his storytelling, but As Days Get Dark shows us the duo at their most synchronous.

There will always be a question of whether or not any reunion is going to be a shameless, unnecessary cash-grab rehash done to capitalize on the ever-lucrative nostalgia market, rather than to actually make something worthwhile. Arab Strap feels different: Aidan Moffat hasn’t ever really stopped being Aidan Moffat, and Malcolm Middleton never stopped being Malcolm Middleton. And with an opening shot of “I don’t give a fuck about the past,” it’s abundantly clear that they didn’t make As Days Get Dark for us or to make a quick buck — they made it because they still had remarkable, heartbreaking, and hilarious stories to tell. Was the resurrection of the Arab Strap name necessary to tell those stories? Perhaps not, but when a band takes 16 years off and comes back with one of the best albums they’ve ever made, it ends up not feeling like a reunion at all — it feels more like that old flame never actually stopped burning in the first place.