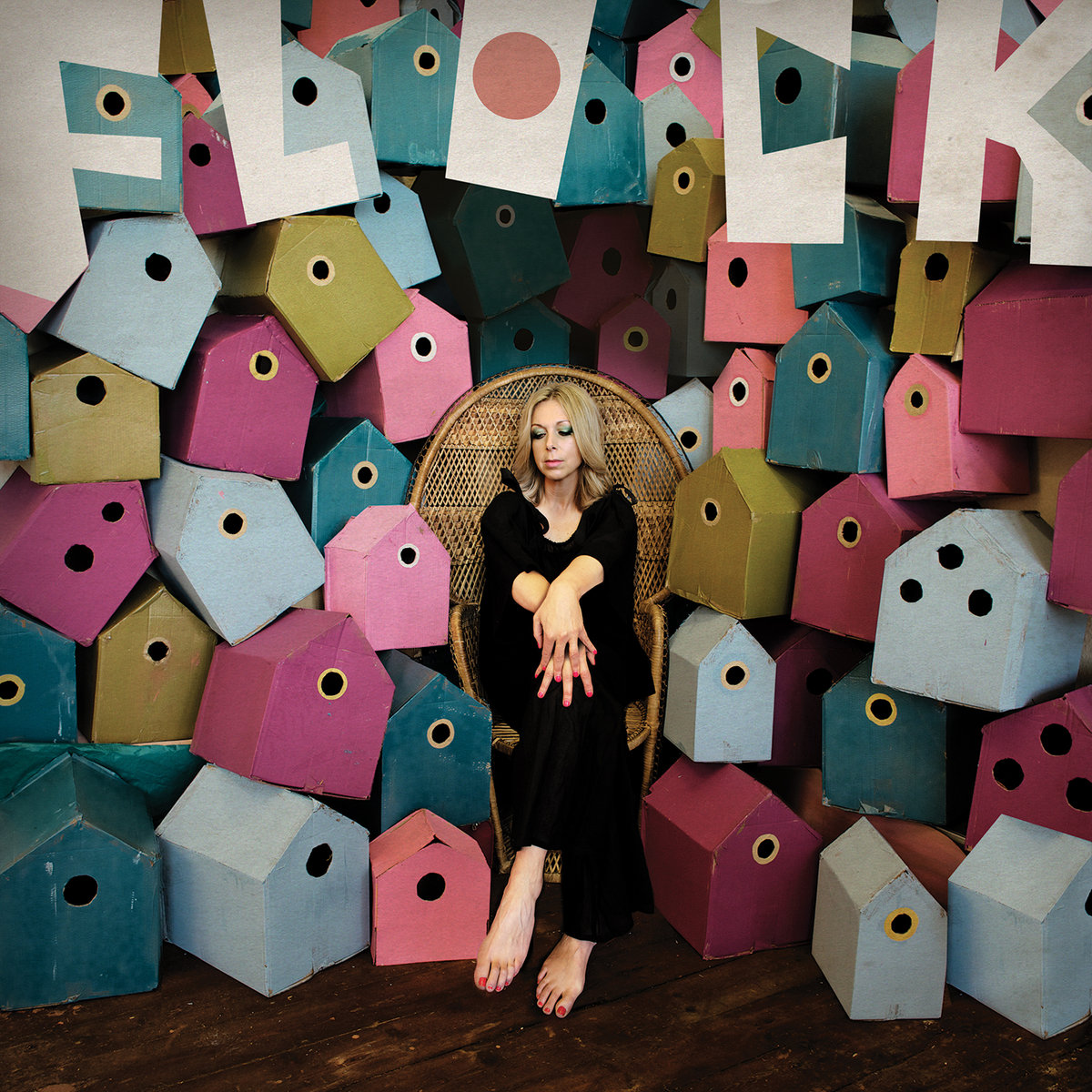 Jane Weaver is a restless artist. The Liverpool born singer-songwriter constantly seeks to infuse her latest electronic tricks with new styles: Her albums have tried on costumes spanning folk, Americana, alt rock and krautrock, all while maintaining her own psychedelic flavor. Her eleventh album, Flock, dives headfirst into synth pop, and while the album tends to make the typical sacrifice of originality for accessibility, Weaver pulls off the styles she’s going for with swagger, occasionally reaching epic heights.

Opener “Heartlow” is the most straightforward alt rock track here, easing us into the electronic core of the record. A heartbeat guitar riff and distorted, horn-like effects drive the song towards a euphoric finale. Flock is at its best when it’s this grandiose, with epic drum beats and swirling synths bringing Weaver’s atmospheric vocals to staggering altitudes. Nowhere is this more apparent than on “Stages of Phases.” The song starts off as an imitation of Tame Impala’s “Elephant,” with its lo-fi guitar line acting as a rhythm instrument alongside heavy drums, but it grows to a cathartic climax of synths and crashing cymbals fit for a stadium. Weaver’s voice doesn’t have the power to lead this charge, but she wisely allows the instrumental to take over, her falsetto acting as another piece of the orchestra much like Mutemath’s electro-rock fusion.

Elsewhere Weaver is less adventurous with her influences. The stagnant “All the Things You Do” combines the bright and quirky electronics of Animal Collective with reverberating vocals reminiscent of Beach House’s Victoria Legrand, but the track offers little more than four minutes of Weaver playing with loops and a drum machine. Lead single “The Revolution of Super Visions” is at least more engaging as a tribute to the disco influenced art pop of Talking Heads, and though its digitized guitar riffs could have been brought out more to fill out the sparse verses, the song’s choruses impressively bring Flock’s dramatic weight to the dance floor.

“Modern Reputation” shares this same tension, with Weaver’s robotic vocals singing “We can drive through catastrophe” over pulsating IDM effects, differentiating itself from the similarly electronic “All the Things You Do” with a heart-racing stop-and-start drum beat. The brilliant “Flock” follows, further pronouncing this fitful rhythm alongside a hypnotic instrumental of echoing pianos, swirling flutes and a slick bass line. Weaver’s layered falsetto and dazzling chimes round out this stunning piece, achieving a level of immersion rarely heard outside of a Slowdive album.

The subsequent “Sunset Dreams” can be more than forgiven for its harsh left turn into glamorous funk with a gnarly guitar line and a confidence-oozing Weaver singing “You didn’t think I could be stealing the scene/ Or you’d end up as someone I didn’t need.” Unfortunately, though, Flock fizzles out with its last two tracks. “Pyramid Schemes” offers decent, Gorillaz-esque electro-funk, but the five-minute song pretty much entirely hangs out in the sonic space of its first thirty seconds. Then, perhaps more a fault of the album’s track ordering than of the song itself, closer “Solarised” fails to provide the climactic finale that Flock’s earlier tracks promised. Still, the song is among the record’s best produced and is an entrancing and memorable dance anthem.

Though there are a few misses, Flock is mostly filled with captivating, fun and masterfully produced homages to synth pop greats. Such a style could have easily been copy-pasted and rendered completely inconsequential, but Jane Weaver has infused this sound with a unique identity that is years in the making. Eleven albums in, she continues to push boundaries and be herself, even when she’s making the most accessible and danceable music of her career.

serpentwithfeet’s second album is more focused than his first, a stunning portrayal of lov…