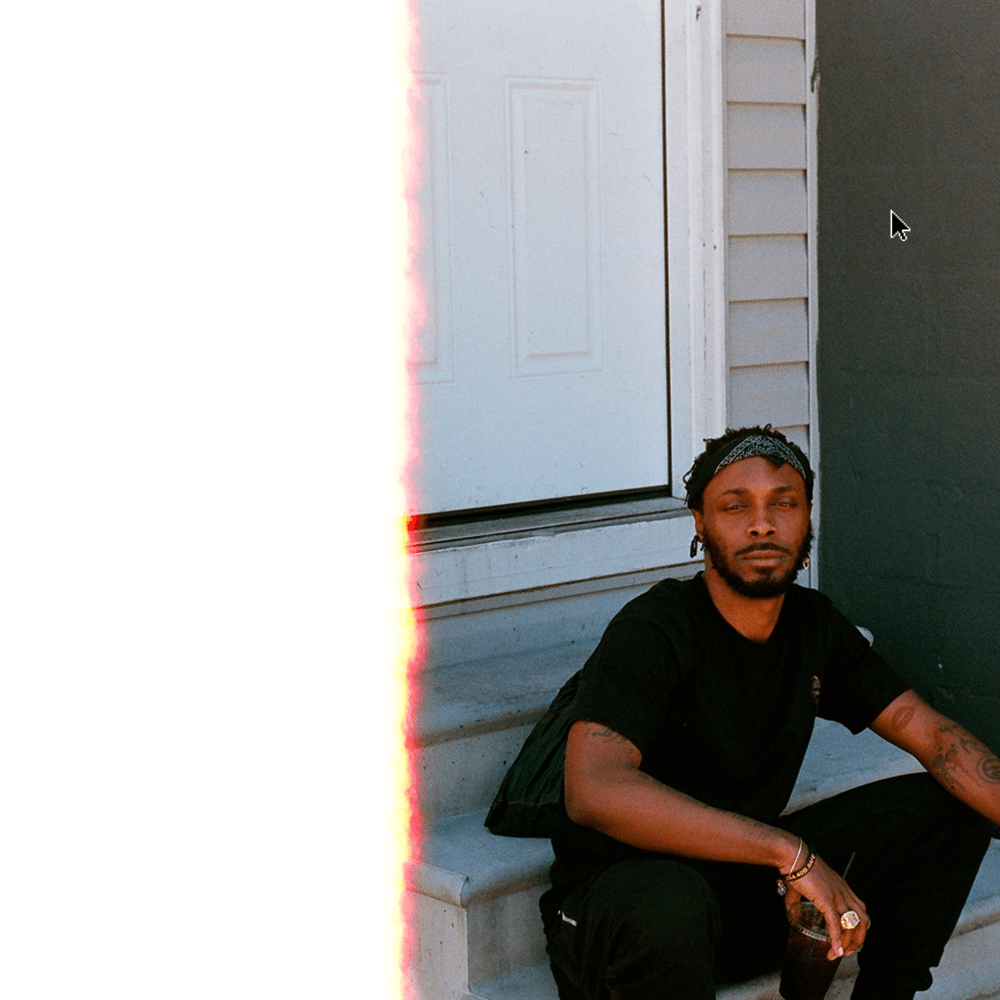 JPEGMAFIA’s spartan work rate inevitably engenders crops of misses.The avant-garde rapper dropped a falsetto-laden EP last month, following a long-teased EP released in December, and recorded 93 tracks for his preceding LP All My Heroes Are Cornballs. His breakthrough album Veteran was a glitchy bootcamp wherein JPEGMAFIA extinguished the criticism that he was a producer first and a rapper a distant second. Yet many of the record’s middle tracks were crushed under their own weight. The segmented run from “Rock n Roll is Dead” to “DJ Snitch Bitch Interlude” is a thrift store of odds and ends looking to be reintegrated.

Veteran is the middle of JPEGMAFIA’s upwards trending arc. Black Ben Carson wallowed in blown out beats but planted seeds that later bloomed on All My Heroes Are Cornballs. Peggy finally integrated his roots as Devon Hendryx into his role as a human algorithm, processing viral stylings into a record that plays equally like a DJ mix and an intentional artistic statement. The ideal, improved Veteran will be getting a buzzcut, dropping the carbs and supersetting acidity with short experimental interludes to exemplify Peggy’s improved rapping.

Slicker than anything from Black Ben Carson 1539 N. Calvert is a microcosm of JPEGMAFIA’s tightened craft with leaner flows, more textured production and a charisma beyond blistering frustration.

For those mourning the lawlessness of his debut “Real Nega” reasserts that Peggy can turn a set of Airpods into a mosh pit. It’s diametrically opposed to “1539 N. Calvert” containing the spontaneity of a gun being pulled in a Montana’s cookhouse. Peggy’s not lost a single chip lodged into his shoulder.

“Thug Tears” exemplifies Peggy’s ear for melody amidst experimental soundscapes. He reintegrates his past as Devon Hendryx into a disarming autotuned call-and-response before delving into a tangent about every way he can force a man to shed tears.

Think of this as the blueprint for integrating many of Veteran’s prickly, ill-fitting edges. “Dayum” is how an interlude should be used, to bridge the abrasiveness inherent to the project. It’s Peggy’s cloudy production given purpose.

Whereas on “1539 N. Calvert” Peggy emphasized fluidity and “Real Nega” shredded his throat, “Baby I’m Bleeding” is the vertical slice of his technique. Capping off the perfectly paced five track suite the cut climbs a minute of tension before Peggy unloads his best verse on the album, filled with his fascination with internet culture and dismissal of rappers with suspect backstories.

6. “Rock n Roll is Dead”
“Rock N Roll is Dead” sways into avant-garde territory with a stream-of-consciousness structure. It’s bursting with a few too many ideas but its placement after the needle to the chest of “Baby I’m Bleeding” justifies its looseness.

Peggy rides a weather balloon sized beat for the entire three minutes in a callback to his cloud rap origins. As much of the “Veteran” resequence showcases JPEGMAFIA’s progression “Panic Emoji” is integral to reminiscing on his successes with the ethereal.

In their original forms both cuts halt the momentum as Peggy jarbles through misplaced ideas in search of a memorable verse. Thankfully Peggy buried redeemable bars on each track. “DD Form 214” tosses out references to Bruce Wayne, Ratchet and Clank, and Sasha Banks while “Germs’” short second verse compounds on the violent intentions of “DD Form 214”. This combined track keeps the album running and abandons the weathered weight of the originals.

The plucky production and plinking synths contrast one of Peggy’s most important dissertations. He laments the hall pass men like Morrissey and Varg Vikernes get for espousing horrendous views because of their place in music history.

One last reprieve before the closing gauntlet in which the mood dries to bone brittle. “Macaulay Culkin” is another improvement upon one of Black Ben Carson’s more interesting yet poorly implemented ideas; the juxtaposition of violence and acoustics.

Beginning the closing trek through the trenches acting in a similar vein to “Thug Tears,” “Williamsburg” balances a minimalist beat and laid-back verse before folding over into an extended trip hop instrumental.

“Rainbow Six” contains many of the issues other Veteran tracks have been cut or modified for – subpar guest appearances, lazy singing and extended dividends paid to sloppy ideas. How “Rainbow Six” succeeds is its thematic consistency with its surrounding tracks. Peggy’s shouted verse plays upon Yung Midpack’s kingpin delivery, a combination of unhampered aggression and unbridled confidence.

In two and a half minutes Peggy sprints through his most unhinged tendencies and blows out his own speakers, spiraling into a pit of noise akin to early clipping. except with amplified tremor.

A chaotic, disintegrating track, Peggy doesn’t rap so much as he bellows over an alarm clock of a beat. As a conclusion it trades the finesse and precision of opener “1539 N. Calvert” for emotion and volume.

“My Thoughts on Neogaf Dying”

“My Thoughts on Neogaf Dying” served as the necessary breather after the one-rep max of “Baby I’m Bleeding”. However, beyond the humourous interaction between lyrics and title it’s sonic blubber.

A filet mignon wrapped in moldy bacon as the beat is a victim of scoliosis as opposed to a sturdy backbone. Peggy’s shotty delivery tranquilizes the cutting lyrics.

Peggy discloses the stress of serving active duty in the military but shrouds it with a horrendous feature from Bobbi Rush. The three-minute cut feels like marching 10 miles with a 40-pound backpack, with only Peggy’s short verse halfway through the track worth being salvaged.

Shoutouts to Goten and Matt Hardy can’t save “Germs” from being a greenhouse of unripe concepts. The second verse functions as a satisfactory interlude and is thus being retained whereas the rest of the undercooked experiments will be left in the lab to marinate.

The Armadillo Paradox: Out of Gas in Oil Country