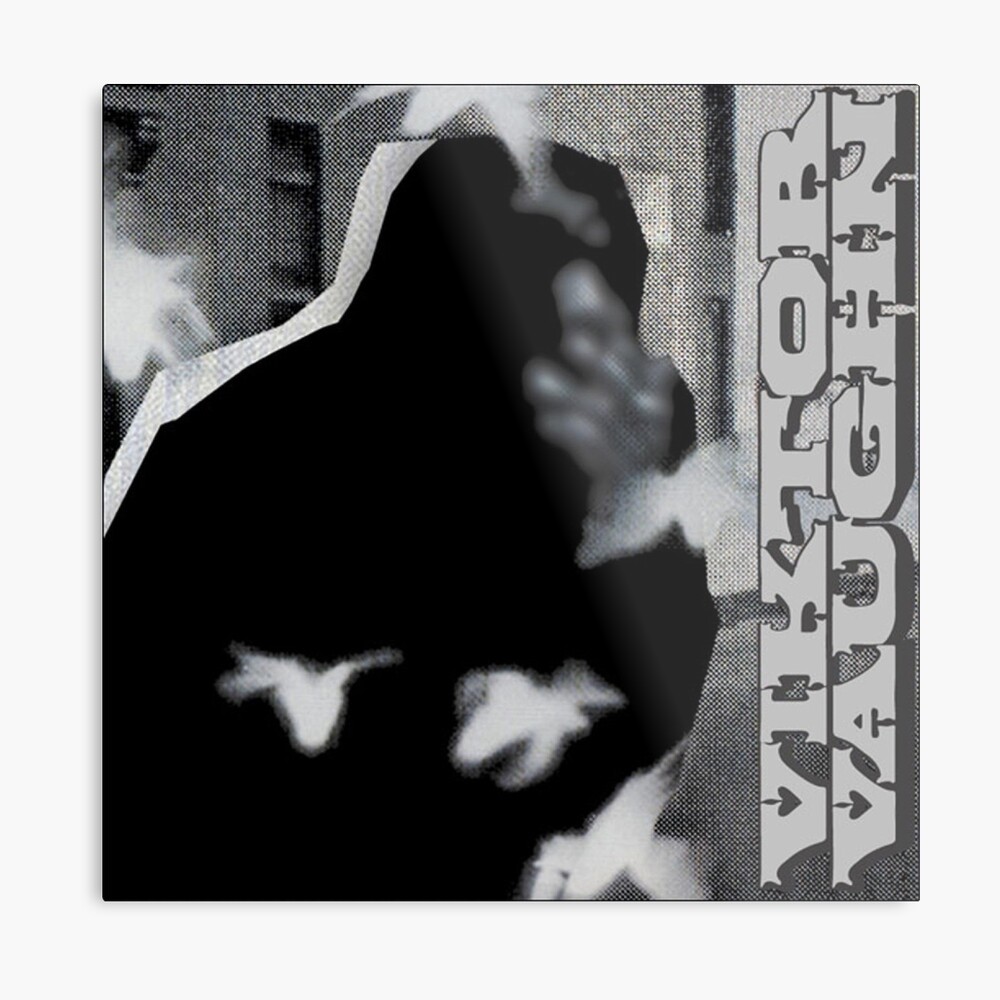 Sandwiched between two of the largest records of MF DOOM’s career, Vaudeville Villain has always managed to feel like a hidden curio despite a level of acclaim that has existed all the way from its 2003 release to the present day. Perhaps some of this can also be attributed to the initial sense that the record’s alter-ego, “Viktor Vaughn,” is, per its comic-book source, merely the flip-side of the established DOOM persona. Fittingly, Vaughn was perhaps DOOM’s least elaborate character, trading the political urgency of Zev Love X or the cosmic supervillainy of DOOM for someone who, for the most part, might just be the closest we ever got on tape to Daniel Dumile. MF DOOM turned weed into a magical item granting superpowers; Viktor Vaughn just used it to get high.

That more intimate perspective informs Vaudeville Villain, and especially the self-introduction of the title track. Where MF DOOM and King Gheedorah are overwhelming beings, Vik is a street-level hustler, one “Who don’t give a flyin’ fuck who ain’t not feelin’ him.” Shadowboxing lesser MCs, DOOM spends most of the track putting over Viktor as being such a great rapper that he barely even notices anyone else. “The way a lotta dudes rhyme their name should be “knob shiner”/ For a buck, they’d likely dance the Jig or do the Hucklebuck/ To Vik it’s no big deal, they’re just a buncha knuckle-fucks,’ he spits, before adding as a final, dismissive coup de grace, “You wonder how well would they hold up in a holding cell.” All of Dumile’s personae ultimately establish him as the best rapper in the world, but Viktor is the only one who seems to prove it on an individual basis of competition rather than on a global scale.

Indeed, much of the album is structured as a kind of extended battle, with Viktor finding new metaphors for his skill. On “A Dead Mouse,” his rhyming is defined as follows: “Cat with a dead mouse is how he catch a phrase, a pause/ Plays with it, kill it, and eat off it for days.” DOOM sounds impressed with his own creation on “Lickupon,” where he notes of Vik that “he study rhymes and patter-ins/ Climb so steep sometimes the beat don’t be mattering” before defining his innovative nature by saying he “Sounded like a half-dead from Scurvy band rock/ A programmed, computer bio-grafted Herbie Hancock.”

This comes to a head on the two most entertaining tracks, half-skit, half-feature spot moments that stage a mock open-mic nite where in-character guests hilariously run through various tropes of both earnest and falsely confident would-be rappers. There are parodies of Black Hippie empowerment and an Eminem-esque white boy spitting out forced tough-guy lines like “Isn’t it fun when you piss on a punk in a contest/ That isn’t supposed to elevate beyond threats?” This all leads up to Viktor’s closing verse in the second track where he slaughters everyone, opening with “Y’all know who’s the best, might as well cut the check” before stunting on all challengers with lines like “He used they CDs as coasters, harassed their street team/ And graffitied up their posters.”

The low lyrical stakes of the album could have sapped some of the sonic brilliance of DOOM’s work, but his own skill at beatmaking always made him a shrewd judge of character, and the Sound-Ink roster of producers who supply the backdrop craft what could be the most Wu-Tang-esque palette of samples and beats to ever grace a DOOM LP, including the one he made with Wu alum Ghostface Killah. Mixing samples of kung fu movies, Saturday morning cartoons and judicious soul standards amid jazzy cymbal sweeps and humid horns, Sound-Ink could slip just about anything here into the middle of Ghost’s Supreme Clientele and no one would have been any the wiser. This is true cinematic hip-hop, less in the sense of widescreen polish than the classic RZA sense, of pan-and-scan VHS bootlegs and beat-to-shit film prints shown at cheap specialty theaters where everything has a pink haze on it from the chemicals in the celluloid rotting. Compare this to the more soul-driven, funky Take Me to Your Leader to hear a completely different soundscape, one that DOOM adapts to as if he’d been working in this register his whole life.

Vaudeville Villain continued DOOM’s hot streak of critically lauded albums upon its release, scoring hosannahs even in non-specialty outlets like Pitchfork, then still well within its original charter of focusing mostly on indie rock. It is only in retrospect that the album feels neglected, suffering from being the direct predecessor to what would become the rapper’s most critically lauded, commercially successful, downright epochal release. And yet, the strengths that would define Madvillainy are all here in embryonic but rapidly developing form, from its minimal yet hook-laden and imagistic beats to DOOM surrendering fully to his status as a rapper nonpareil whose skills worked solely in service to cramming as many rhymes and references into each bar. For anyone else, this would have been a defining record during what may be the most creatively fecund period in hip-hop history. For MF DOOM, it was a warm-up.